Samsung Galaxy A51 was launched in January 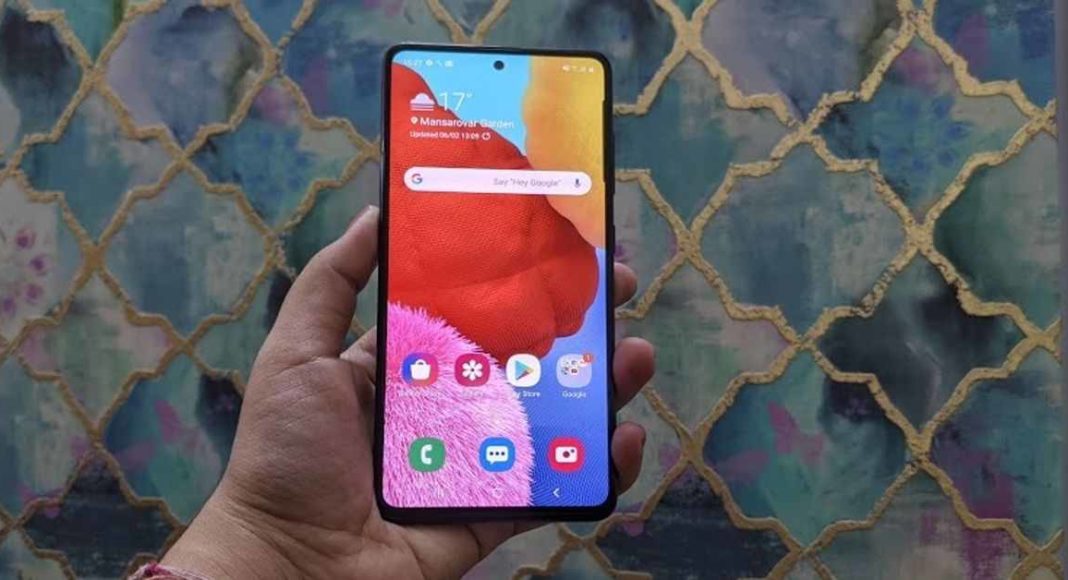 Samsung Galaxy A51 is the world’s highest-selling Android smartphone during the first quarter of 2020. According to a report by Strategy Analytics the South Korean smartphone company successfully shipped 6 million units of the mobile phone across the globe. Through this, the company managed to hold  2.3% share of the whole smartphone market in the Q1 this year. Followed by Xiaomi’s Redmi 8 on the second position with  1.9 percent of the market share globally.

To recall Samsung Galaxy A51 was launched earlier this year with an Infinity-O Display with a hole punch comprising a selfie camera and a quad-rear camera set up. A recent report by Strategy Analytics stated that in the first quarter of 2020 A51  was the world’s bestselling Android smartphone model. The company managed to sell 6 million units globally while capturing a market share of 2.3 percent. Xiaomi Redmi 8 is the second most popular Android smartphone worldwide. The Android smartphone market is increasingly dominated by more affordable models.

Linda Sui, Director at Strategy Analytics, said, “Global smartphone shipments reached a total of 275 million units in Q1 2020. The Android segment accounted for a dominant 86 percent share of all smartphones shipped worldwide in the quarter. The vast majority of smartphones sold globally today are Android models.”

According to the report in the top six smartphone list, Samsung took 4 of the top 6 positions worldwide in Q1 2020, while Xiaomi grabbed two. Samsung Galaxy A51 (4G) is popular in all regions, particularly across Europe and Asia. Whereas Xiaomi Redmi range is well-liked in India and China and increasingly across Europe. Moreover, Samsung Galaxy S20+ takes the third position with a 1.7 percent share. On the fourth position was Samsung Galaxy A10s with 1.6 percent market share. Whereas the fifth and the sixth position is taken over by Xiaomi Redmi Note 8 and Galaxy A20s with 1.6 percent and 1.4 percent share of the overall market globally respectively.

“As mobile operators have reduced subsidies in recent years, and many countries are now tumbling into post-virus recession, smartphone consumers globally are becoming increasingly price-sensitive and they are seeking out new Android models that deliver the biggest bang for their buck. Samsung Galaxy A10s, Xiaomi Redmi Note 8, and Samsung Galaxy A20s round out the fourth, fifth and sixth most popular Android smartphone models worldwide, and a further sign that many consumers want value-for-money devices with good-enough specs at affordable prices. Android is entering a post-premium era.” the report said.

Komila Singhhttp://www.gadgetbridge.com
Komila is one of the most spirited tech writers at Gadget Bridge. Always up for a new challenge, she is an expert at dissecting technology and getting to its core. She loves to tinker with new mobile phones, tablets and headphones.
Facebook
Twitter
WhatsApp
Linkedin
ReddIt
Email
Previous articleFlipkart teases Motorola Edge+, to get unveiled on May 19
Next articlePUBG Mobile Update 1.18.0 rolled out, brings new game mode Bluehole Mode