The company has revealed that the device will be available in three distinct colour options. 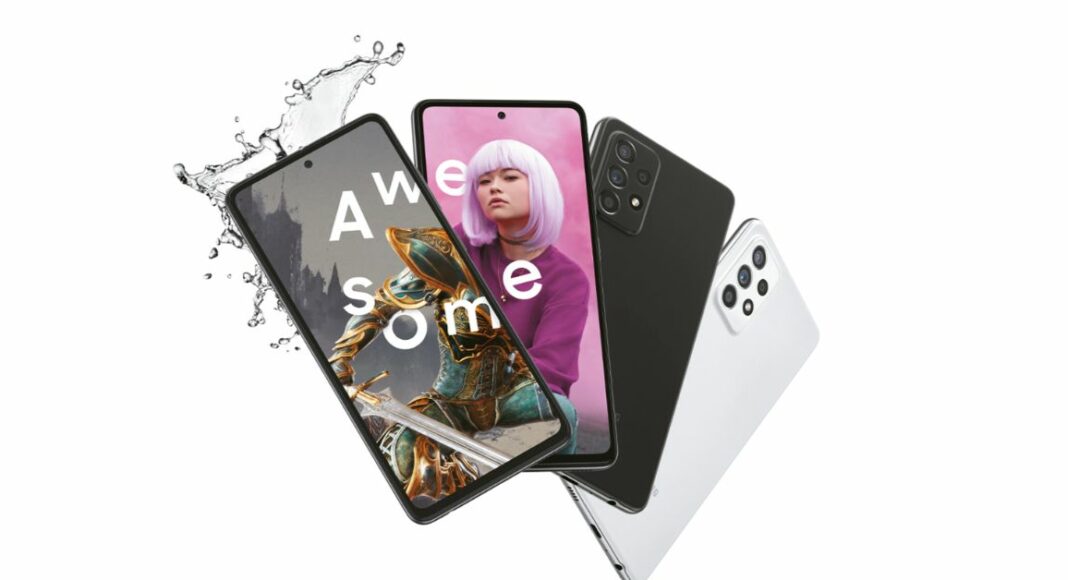 Samsung Galaxy A52s 5G is all set to launch in India soon. The company has itself confirmed the launch via Twitter. In addition to the exact launch date the company has also confirmed the colour options of the smartphone it will be available in. The device is going to succeed Galaxy A52 5G that debuted in India not long ago. Ahead of the India launch, the device went on sale in the UK revealing the expected pricing as well as its specification.

Samsung took to Twitter to confirm its upcoming launch. The South Korean giant has announced plans to introduce Samsung Galaxy A52s 5G in India on September 1 at 12 noon. The tweet reads, “Awesome is just around the corner. Get ready as we unveil the all-new #GalaxyA52s5G in its Awesome glory on 1st September, 12 PM.”

In addition to the launch date, the company has also revealed the colour option of the upcoming phone. As per the tweet, the handset will come in 3 stunning shades, ready to win you over: Awesome black, Awesome white and Awesome violet. Other details like specifications and availability details are supposed to be revealed on the day of launch.

Like we told you the Galaxy A52s was launched in the UK where it is available in a lone 6GB RAM with 128GB storage priced at GBP 409 that translates to Rs 41,353.

In terms of specifications Samsung Galaxy A52s 5G features a 6.5-inch full-HD+ Super AMOLED Infinity-O Display and 120Hz high refresh rate support. As for the software it runs on One UI 3 on top of Android 11. Under the hood, there is an octa-core Qualcomm Snapdragon 778G SoC, along with up to 8GB of RAM and up to 128GB of storage. The internal memory can be expanded up to 1TB using a microSD card. For the imaging, the upcoming 5G smartphone by Samsung will come with a quad rear camera setup that will include a  64-megapixel primary sensor, a 12-megapixel secondary sensor, a 5-megapixel macro shooter, and a 5-megapixel telephoto shooter. For taking selfies and video calling the phone sports a 32-megapixel sensor at the front.

The phone is IP67 certified for dust and water resistance. It will be backed by a 4,500mAh battery that supports 25W Super Fast Charging. For connectivity, it will include 5G, 4G LTE, Wi-Fi, Bluetooth, GPS/ A-GPS, NFC, and a USB Type-C port.

Komila Singhhttp://www.gadgetbridge.com
Komila is one of the most spirited tech writers at Gadget Bridge. Always up for a new challenge, she is an expert at dissecting technology and getting to its core. She loves to tinker with new mobile phones, tablets and headphones.
Facebook
Twitter
WhatsApp
Linkedin
ReddIt
Email
Previous articleOnePlus 9RT appears on the BIS certification website ahead of the official launch in India
Next articleSamsung Galaxy M52 5G spotted on Geekbench ahead of its launch