In-display fingerprint scanner along with camera performance has been improved. 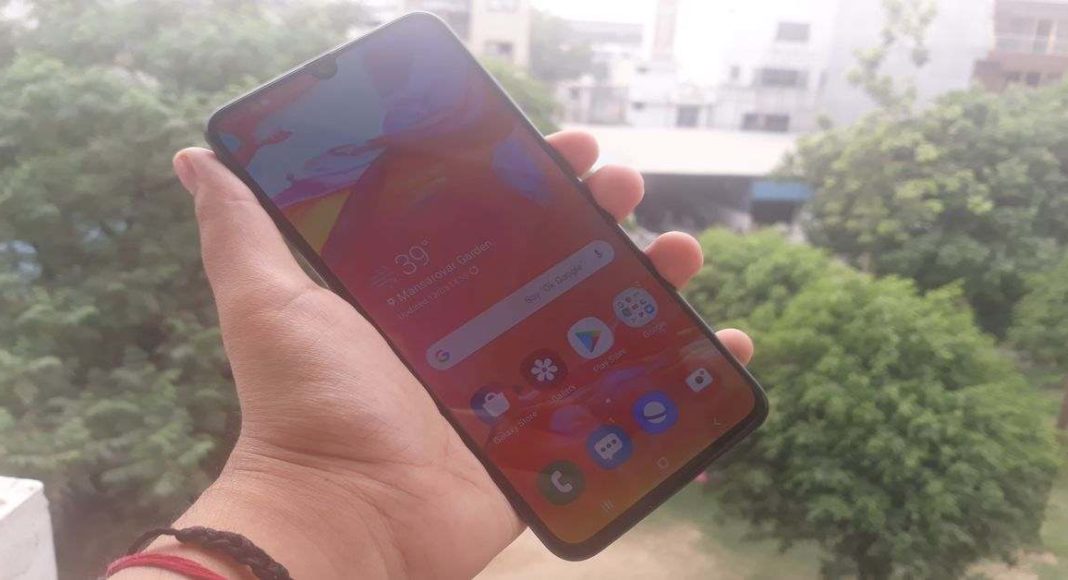 Samsung Galaxy A70 was launched last month by the South Korean technology giant and now, it has started receiving the new Android security patch. The new update brings the May Android security patch along with many fixes and improvements over the last OS. The latest update also comes with new improvements to the in-display fingerprint scanner of the Galaxy A70. Other than that, it has also added a new beautification mode for the videos that are recorded by the rear camera of the device.

Samsung has claimed that the new update brings the new system stability along with enhanced performance to the Galaxy A70. The update is being rolled out as an OTA (over-the-air) through the stable channel and will be available to all the Galaxy A70 users in India.

The update package of the Samsung Galaxy A70 has the firmware version A705GMDDU1ASE4 / A705GMODM1ASE4 / A705GMDDU1ASE4. The size of the update is 376.83MB and it will be received by the smartphone via an OTA update. However, if the update hasn’t reached your device yet, you can go to Settings of your smartphone. Here, you can tap on Software Update and then click on Download and Install. The smartphone will automatically start downloading the new update and once the download is complete, the user will be notified. After this, the user can choose to install the new update to the device. But it should be noted that before installing the new update the handset should be up to 30% charged.

The new update was spotted by TizenHelp and although the new update is available in India, the company hasn’t said anything about the global release of the update.

Now talking about the changes being brought by the new update, as mentioned above, it will bring the May Android security patch. There will also be camera picture quality improvement of the triple-rear camera at the back of the Samsung Galaxy A70. The update is also bringing a new feature called the Beauty Video Mode to the rear camera of the device where it beautifies the video recorded by the rear camera of the device.

There is also Accidental touch protection added to the Samsung Galaxy A70 with the new update. The changelog of the device also states that the in-display fingerprint scanner of the device has also been improved.

Aman Singhhttps://www.gadgetbridge.com/
Aman Kumar Singh has a Masters in Journalism and Mass Communication. He is a journalist, a photographer, a writer, a gamer, a movie addict and has a love for reading (everything). It’s his love of reading that has brought him knowledge in various fields including technology and gadgets. Talking about which, he loves to tweak and play with gadgets, new and old. And when he finds time, if he finds time, he can be seen playing video games or taking a new gadget for a test run.
Facebook
Twitter
WhatsApp
Linkedin
ReddIt
Email
Previous articleTravel deals websites and apps that you must know about
Next articleNavia Life Care launches Navi, a voice based virtual assistant for doctors