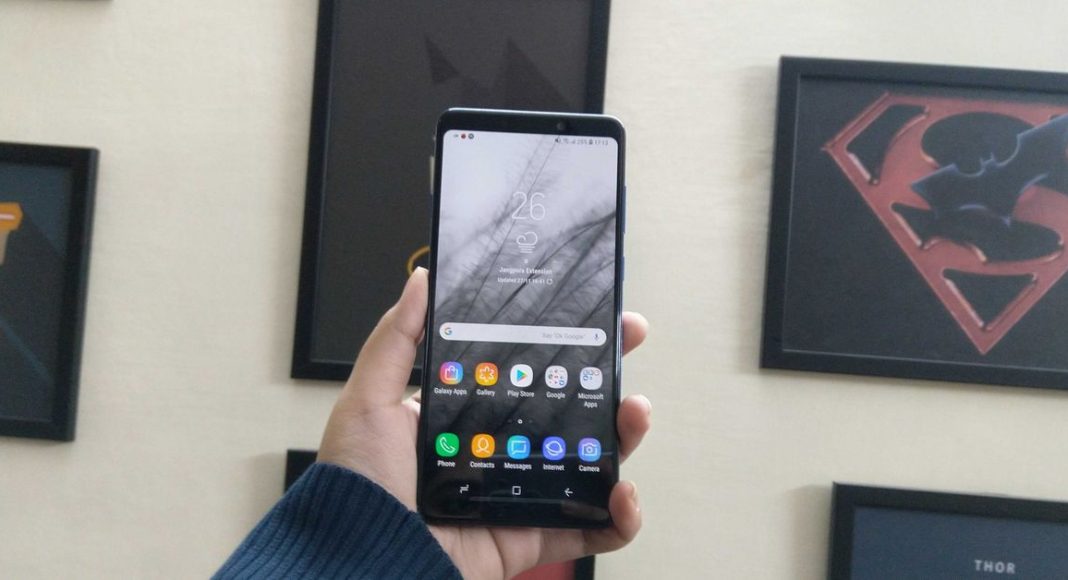 Last month, South Korean technology giant Samsung slashed the price of its Galaxy A9 (2018) smartphone by Rs 3,000. While it was earlier priced at Rs 36,990, after the price drop it could be picked up at Rs 33,990. And in case you still haven’t bought the device but intend to, we have some good news for you.

Samsung has again slashed the price of its Galaxy A9 (2018) handset, which is the first smartphone in the world to come with a quad-rear camera setup. Apart from a primary sensor, the smartphone also has a wide-angle sensor, a telephoto sensor and a depth sensor.

Considering that Samsung is consistently reducing the price of its Galaxy A9 (2018) device, could very well mean that the company is planning to soon launch the Galaxy A9 Pro (2019) that is speculated to come with an Infinity-O Display, just like the one we saw on Galaxy A8s.

To recall, Samsung Galaxy A9 (2018) features a 6.3-inch full-HD+ Infinity Display that comes with a Super AMOLED panel and comes with an aspect ratio of 18.5:9. Powered by an octa-core Qualcomm Snapdragon 660 processor, the smartphone is available in 6GB and 8GB RAM options.

For selfies and video calls, there is a 24MP front-facing snapper that is housed on the front panel of the smartphone.

Avani Baggahttp://www.gadgetbridge.com
Avani has an immense love for reading, travelling and food, but not necessarily in the same order. Avani almost started pursuing law, but life had other (better) plans for her and she chose to be a writer instead (luckily!) She previously covered technology at Times Internet and wrote about smartphones, mobile apps and tech startups. When she’s not writing, you’ll be able to find her in book stores or catching up on her social life.
Facebook
Twitter
WhatsApp
Linkedin
ReddIt
Email
Previous article
PUBG Mobile 0.11.0 update with Zombies teased by the company to be released soon
Next article
BSNL revised their postpaid plans to offer more than double data to its users