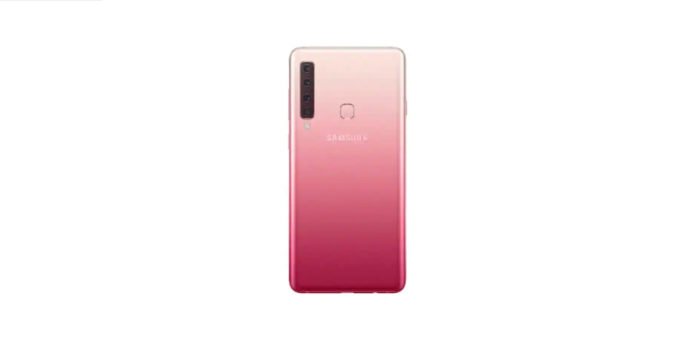 If you are constantly on your smartphone’s camera, then you would be happy to know that Samsung Galaxy A9 (2018), that was launched in Malaysia this month is coming to India next month.

The company had announced that Samsung Galaxy A9 (2019) will be launched globally in November and the smartphone has now been listed on Samsung’s India website. A dedicated page has also been setup by the company where those who are interested in buying the device can register themselves to get all the details about it. However, details about its pricing and availability in India has not yet been revealed.

Samsung Galaxy A9 (2018) is the first ever smartphone to come with four rear cameras. One is 24MP sensor that comes with an f/1.7 aperture, the second is a 10MP telephoto sensor that has an f/2.4 aperture and features 2x optical zoom. The third one is an 8MP ultra-wide camera that sports a 120-degree lens and an f/2.4 aperture and the last one is a 5MP depth camera that comes with f/2.2 aperture. The primary 24MP camera is said to use pixel binning and it can combine 4 pixels into one.

The selfie camera of the smartphone has a 24MP sensor that comes with an f/2.0 aperture.

Speaking of other specifications of the device, Samsung Galaxy A9 mobile features a 6.3-inch full-HD+ Super AMOLED Infinity display with an aspect ratio of 18.5:9. Powered by Qualcomm Snapdragon 660 processor, the smartphone comes in 6GB and 8GB RAM models. Both the RAM variants come with a 128GB internal storage and can support a microSD card of up to 512GB.

The smartphone runs Android Oreo and houses a 3,800mAh battery that has support for fast charging. The new smartphone by Samsung comes with the company’s digital assistant Bixby, Samsung Pay and has the Face Unlock technology.

Speaking of the options Samsung Galaxy A9 has to offer on the connectivity front, it comes with 4G VoLTE, Wi-Fi, Bluetooth v5, NFC, a 3.5mm jack, and a USB Type-C port.