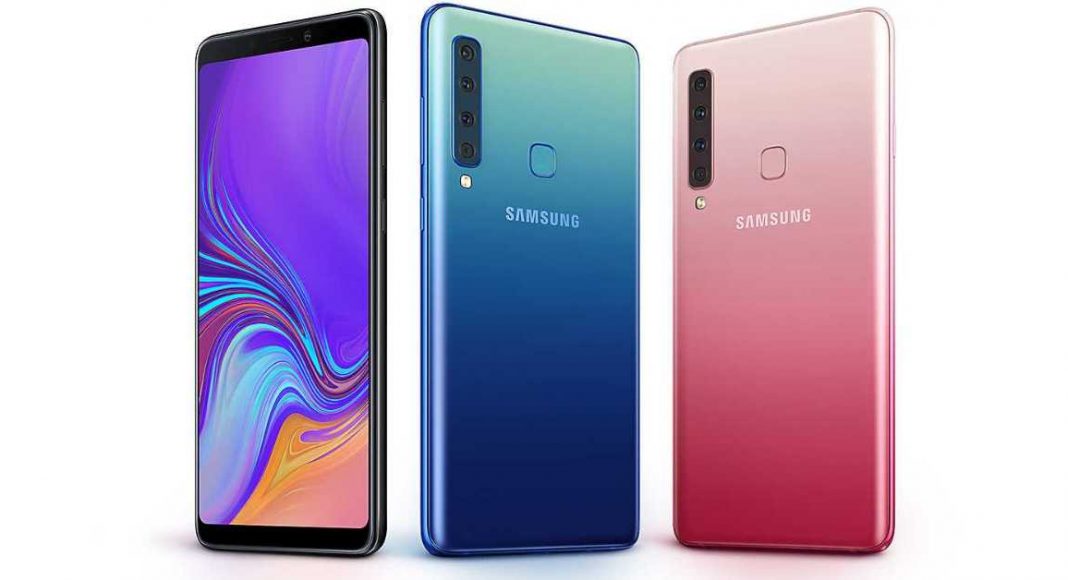 Samsung Galaxy A9 (2018) smartphone comes in 6GB and 8GB RAM variants, both of which are clubbed with 128GB of onboard storage. The 6GB RAM/128GB storage version of Samsung Galaxy A9 (2018) bears a price tag of Rs 36,990 and the 8GB RAM/128GB storage model costs Rs 39,990. The pre-bookings of the device have begun already and it will go on sale via online and offline channels starting November 28.

As a part of launch offers, customers will be able to get a cashback of Rs 3,000 if they pay for their purchase via HDFC Bank credit or debit cards. If you buy the Samsung Galaxy A9 (2018) smartphone from Airtel Online Store, you can get the 6GB RAM variant for a down payment of Rs 3,690 and EMI of Rs 2,349. Speaking of the 8GB RAM variant, it is available at a down payment of Rs 4,890 and EMI of Rs 2,449. The customers will get built-in Airtel postpaid plans with the EMIs. These plans would include free data, unlimited voice calling, national roaming and free subscription to Airtel TV.

Samsung Galaxy A9 (2018) comes with dual SIM functionality and is based on Android 8.0 Oreo. The smartphone sports a 6.3-inch full-HD+ Super AMOLED Infinity display that has an aspect ratio of 18.5:9. Samsung Galaxy A9 (2018) mobile is powered by Qualcomm Snapdragon 660 processor paired with either 6GB or 8GB of RAM. Both the RAM models come with 128GB of onboard storage and can hold a microSD card of up to 512GB.

For selfies and video calls, there is a 24MP front facing snapper that comes with an f/2.0 aperture. On the connectivity front, the smartphone support 4G VoLTE, Wi-Fi, Bluetooth v5, NFC, a 3.5mm jack, and a USB Type-C port.

Avani Baggahttp://www.gadgetbridge.com
Avani has an immense love for reading, travelling and food, but not necessarily in the same order. Avani almost started pursuing law, but life had other (better) plans for her and she chose to be a writer instead (luckily!) She previously covered technology at Times Internet and wrote about smartphones, mobile apps and tech startups. When she’s not writing, you’ll be able to find her in book stores or catching up on her social life.
Facebook
Twitter
WhatsApp
Linkedin
ReddIt
Email
Previous articleXiaomi Poco F1 begins to get the Android 9.0 Pie update
Next articleSamsung Galaxy A9 (2018) vs OnePlus 6T: Comparison