Samsung Galaxy F41 with 6,000mAh battery and a triple rear camera set up launched in India 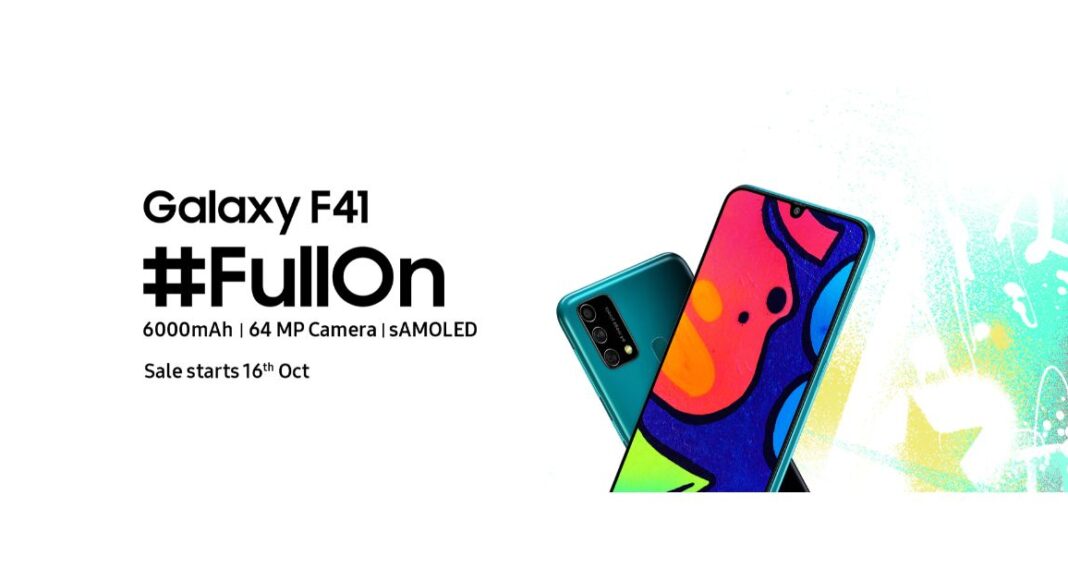 In India, the South Korean smartphone company Samsung has unveiled its first F-Series smartphone. The company has introduced Samsung Galaxy F41 which is powered by an octa-core Exynos 9611 SoC. It has a 6,000mAh battery, features a waterdrop-style design display and a triple rear camera set up. Moreover, the smartphone has a 32-megapixel selfie camera along with a rear-mounted fingerprint sensor. Read on to know more about Samsung Galaxy F41 price and full specifications.

Samsung Galaxy F41 price in India has been set at Rs 16,999 for the 6GB RAM with 64GB storage while the 128GB RAM option has been introduced with a price tag of Rs 17,999. Both the models will be available in three colour options Fusion Green, Fusion Blue, and Fusion Black. For the launch offers the company will be offering the phone at an introductory discount of Rs 1,500 that will bring down the cost of smartphone to Rs 15,499. The device is scheduled to go on its first sale starting October 16 via Flipkart during the Big Billion Days Sale. 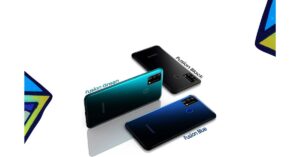 More launch offers include an additional 10 percent discount to the SBI cardholders. In addition to this, Flipkart will be offering the Flipkart Smart Upgrade plan to allow the buyers to get the phone by paying 70 percent of the retail price. This plan is applicable on credit card and credit card EMI payments only and after 12 months the buyers have to return the existing phone to upgrade it to a new one.

Samsung Galaxy F41 features a 6.4-inch Super AMOLED Infinity-U display with 420 nits of peak brightness. The smartphone is powered by Exynos 9611 SoC coupled with 6GB of LPDDR4x RAM with up to 128GB of internal storage which can be expanded up to 512GB using a microSD card. The smartphone runs on  Android 10 with One UI Core on top.

On the connectivity front, the device has 4G LTE, Wi-Fi 802.11ac, Bluetooth 5.0, GPS, and USB Type-C. The Samsung Galaxy F41 is backed by a 6,000mAh battery with 15Wfast charging support. The battery is touted to deliver up to 21 hours of web browsing and 48 hours of voice calling.

Komila Singhhttp://www.gadgetbridge.com
Komila is one of the most spirited tech writers at Gadget Bridge. Always up for a new challenge, she is an expert at dissecting technology and getting to its core. She loves to tinker with new mobile phones, tablets and headphones.
Facebook
Twitter
WhatsApp
Linkedin
ReddIt
Email
Previous article
October 9 Amazon Quiz Answers: Today you can win Philips Soundbar
Next article
Comparison: Samsung Galaxy F41 VS Poco X3