Samsung Galaxy F62 launching today: How to watch the Livestream

Ahead of the official launch, the company has revealed that the device will go on sale via Flipkart in the country. 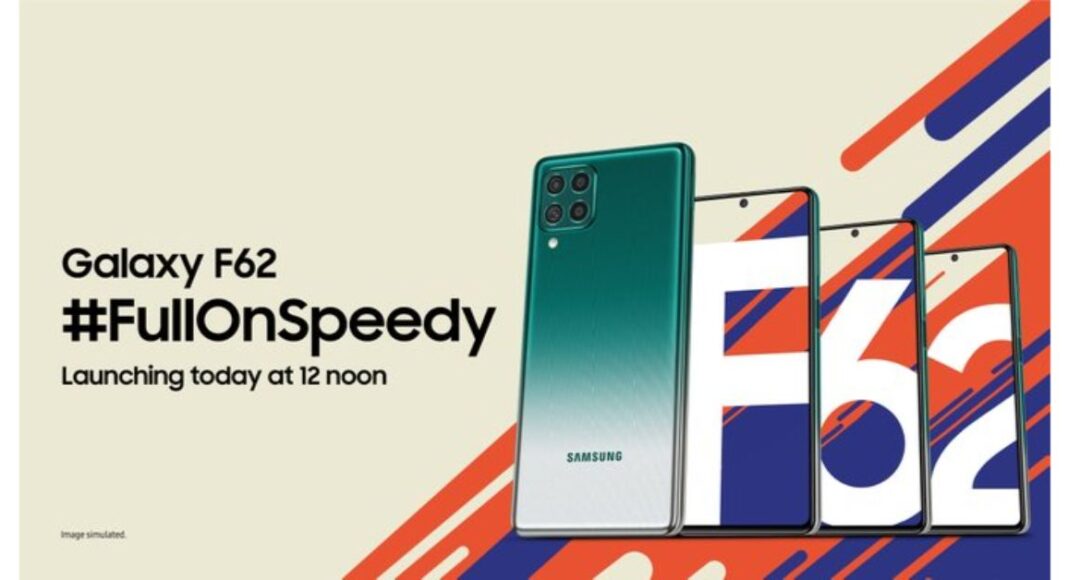 Samsung Galaxy F62 is all set to launch in India today. The device would be the third phone in the company’s fresh F-Series lineup which already includesGalaxy F41 which launched in the country back in October last year. As per the latest teasers, the smartphone will be powered by Exynos 9825 SoC based on the 7nm process and will also include a monstrous 7,000mAH battery. Ahead of the official launch, the company has revealed that the device will go on sale via Flipkart in the country. Read on to know more about the Samsung phone’s tech specs, pricing and how to watch the live stream.

Samsung Galaxy F62: How to watch the Livestream

Samsung Galaxy F62 will be unveiled in India today. The company will be hosting an online launch to launch the device and the event will be live-streamed via the Samsung India YouTube channel including its social media channels. The event will kick start at 12 noon and we have embedded the link below for your convenience.

As the price is concerned the company will reveal the pricing during the launch but the teasers suggest that the smartphone will cost between Rs 20,000 and Rs 25,000. While a tipster also tipped that the phone would be priced less than Rs 25,000.

In terms of specification, the recent teasers suggest that Samsung Galaxy F62 will feature the 7nm octa-core Exynos 9825 SoC paired with Mali G76 GPU. As per AnTuTu, the phone has scored over 4,52,000 and a Geekbench 5 score of 2,400.

Additionally, there will be a 6.7-inch sAMOLED display and will also feature a quad rear camera setup that comprises a 64-megapixel primary sensor. Moreover, there will be a 7,000mAh battery which is likely to get 25W fast charging support. The chipset is the same processor that has been provided by Samsung Galaxy Note 10 and Galaxy Note 10+.

The company has not yet revealed the resolution of the other three sensors but the setup is expected to include a 13-megapixel ultra-wide-angle lens, a 2-megapixel macro lens. and a 2-megapixel depth sensor. Moreover, it is likely to be available in a 6GB ARM and 64GB storage option and will come with Android 10 with One UI on top running out of the box. In addition to this, it will be offered in two colour options Green and Blue.

The device is to pack a 32-megapixel front camera. Previously the phone appeared on the Bluetooth SIG site with model number SM-E625F_DS that also suggested Bluetooth 5.0 support on the handset.

Komila Singhhttp://www.gadgetbridge.com
Komila is one of the most spirited tech writers at Gadget Bridge. Always up for a new challenge, she is an expert at dissecting technology and getting to its core. She loves to tinker with new mobile phones, tablets and headphones.
Facebook
Twitter
WhatsApp
Linkedin
ReddIt
Email
Previous article
Motorola to launch Moto E7 Power in India today
Next article
How to use your Canon DSLR as a webcam?