The smartphones have already debuted in the European market a few months back. 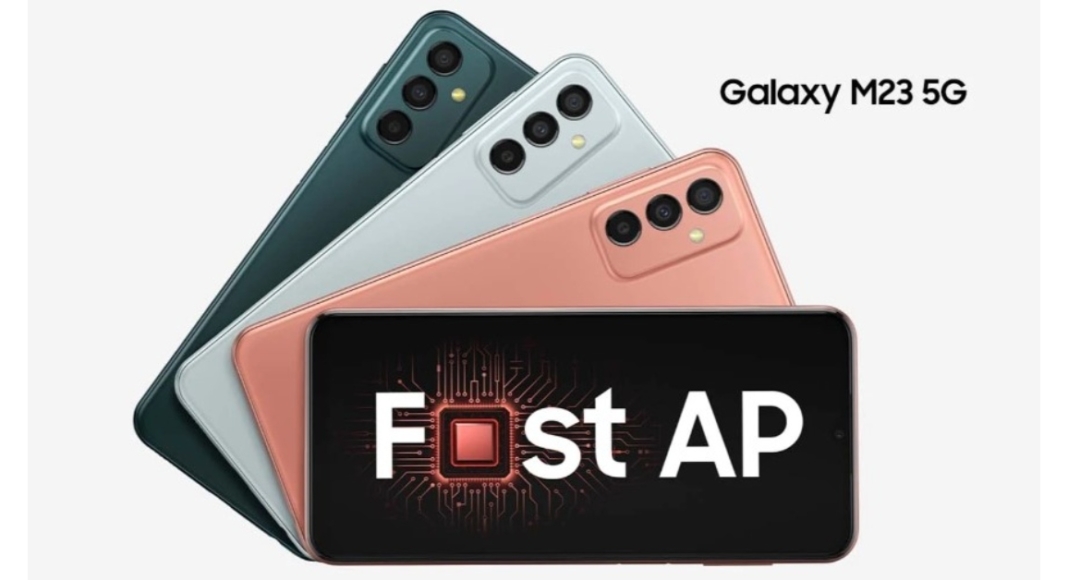 A number of Galaxy A-series and Galaxy M-series phones from Samsung will shortly be unveiled in the nation. The debut of the Samsung Galaxy M23 5G, Galaxy A04, and Galaxy A04e in India could be imminent as the devices have been discovered on the Samsung India website. All these phones are currently available in a few other regions except for India but now the company is getting ready to bring the smartphones to the Indian market as well.

The listing doesn’t provide much information other than the model numbers.

Batteries of 5,000mAh power the Galaxy M23 5G, Galaxy A04, and Galaxy A04e. The Galaxy M23 5G has a triple rear camera configuration, including a 50-megapixel main sensor, as opposed to the two back cameras found on the Galaxy A-series phones.

The Samsung Galaxy M23 boasts a 6.6-inch FHD+ display. The Snapdragon 750G SoC along with 4GB RAM powers the phone. The device has 128GB of internal storage that can be expanded by up to 1TB with a microSD card. OneUI 4.1, which is based on Android 12, comes preinstalled. The Samsung Galaxy M23 5G features a triple rear camera setup consisting of a 50MP primary sensor with OIS, an 8MP ultra-wide sensor and a 2MP depth sensor. For selfies, the device has an 8MP camera. The handset also comes with a 5,000mAh battery.

The 6.5-inch HD+ IPS LCD screen of the Samsung Galaxy A04e has a 60Hz refresh rate. The smartphone comes equipped with an unidentified octa-core CPU with 4GB of RAM. There is a 128GB internal storage space that can be expanded to 1TB using a microSD card. The phone uses One UI Core 4.1, which is based on Android 12. The Galaxy A04e sports two cameras on the back: a primary 13MP main camera and a depth camera with a 2MP resolution. A 5MP camera is available for selfies and video calls.

Komila Singhhttp://www.gadgetbridge.com
Komila is one of the most spirited tech writers at Gadget Bridge. Always up for a new challenge, she is an expert at dissecting technology and getting to its core. She loves to tinker with new mobile phones, tablets and headphones.
Facebook
Twitter
WhatsApp
Linkedin
ReddIt
Email
Previous article
Garena Free Fire Redeem Codes Today 29 October 2022: Here is how to claim them
Next article
Nokia G60 5G is confirmed to launch in India soon, pre-orders to open soon