The device has been listed on Amazon to tease its availability. 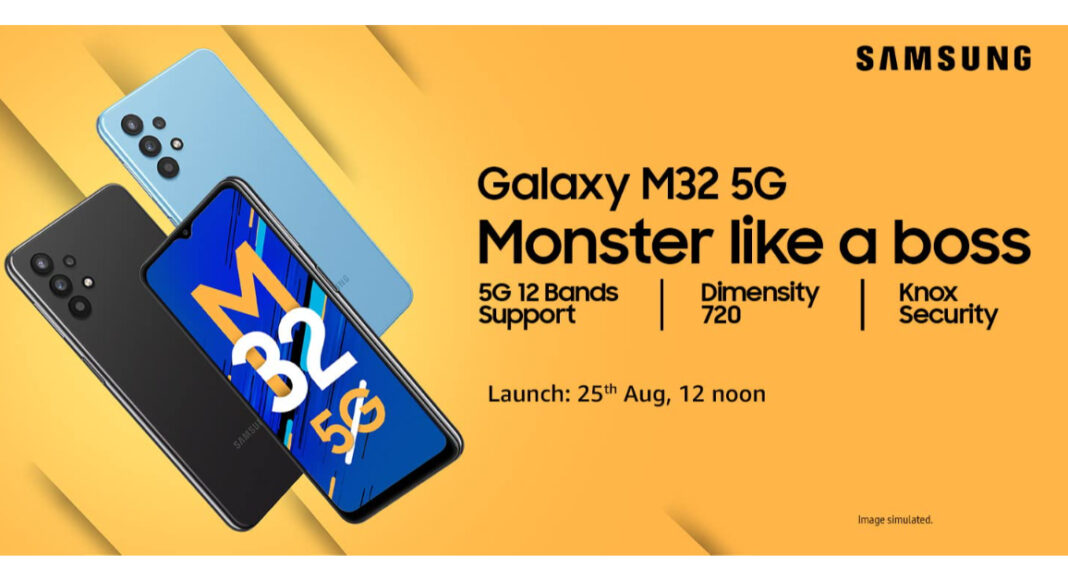 Samsung is all set to expand its 5G lineup with the launch of a new M-series smartphone in the Indian market. The company has officially announced to launch Samsung Galaxy M32 5G on August 25. The phone also comes in a 4G variant, which was launched a few months back in the country. The Korean major has also confirmed its availability on Amazon by listing it on the e-commerce platform. The upcoming 5G smartphone is speculated to be a rebranded variant of Galaxy A32 5G, which arrived in the European market earlier this year.

According to the company, it has scheduled to launch Samsung Galaxy M32 5G in India on August 25 at 12 noon. The company says that the device will get 12 bands’ 5G support  (the bands being – N1, N3, N5, N7, N8, N20, N28, N38, N40, N41, N66, N78) and OS upgrades for 2 years. In addition to this, the phone will be powered by MediaTek Dimensity 720 processor. The handset will also ensure optimized performance, smooth multitasking and reduced power consumption even while browsing and using multiple apps. Galaxy M32 5G will come with Samsung’s defence grade Knox Security that ensures greater privacy and enhanced security all packed within a slim and sleek smartphone boasting a premium design. 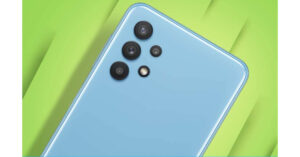 Like we said above, the company has listed Samsung Galaxy M32 5G on Amazon to tease its availability. The dedicated microsite has also shared some additional details about the forthcoming phone like it will feature a 48-megapixel quad-rear camera setup. For selfies, the device will come with a 13-megapixel front-facing camera. In addition, the 5G smartphone will be fuelled by a 5,000mAh battery. It should be noted that the 4G variant was loaded with a massive 6,000mAh battery. Other than this the Amazon listing shares the design of the mobile phone which looks similar to its sibling.

Speculations suggest that Galaxy M32 5G will be a rebranded variant of Samsung Galaxy A32 5G. Most of the detailed specifications of the device share similarities with the A32 5G. If that is to be believed then apart from the 48-megapixel primary sensor the quad-camera set up will include an 8-megapixel ultra-wide-angle sensor with f/2.2, a 5-megapixel macro lens with f/2.4 aperture and a 2-megapixel depth sensor with an f/2.4 camera. The battery will also support 15W fast charging.

Komila Singhhttp://www.gadgetbridge.com
Komila is one of the most spirited tech writers at Gadget Bridge. Always up for a new challenge, she is an expert at dissecting technology and getting to its core. She loves to tinker with new mobile phones, tablets and headphones.
Facebook
Twitter
WhatsApp
Linkedin
ReddIt
Email
Previous articleHow to add a watermark in your Google Documents.
Next articleRedmi 10 with 90Hz display and 50-megapixel quad-camera launched