Your wait for Samsung Galaxy M40 is almost over. 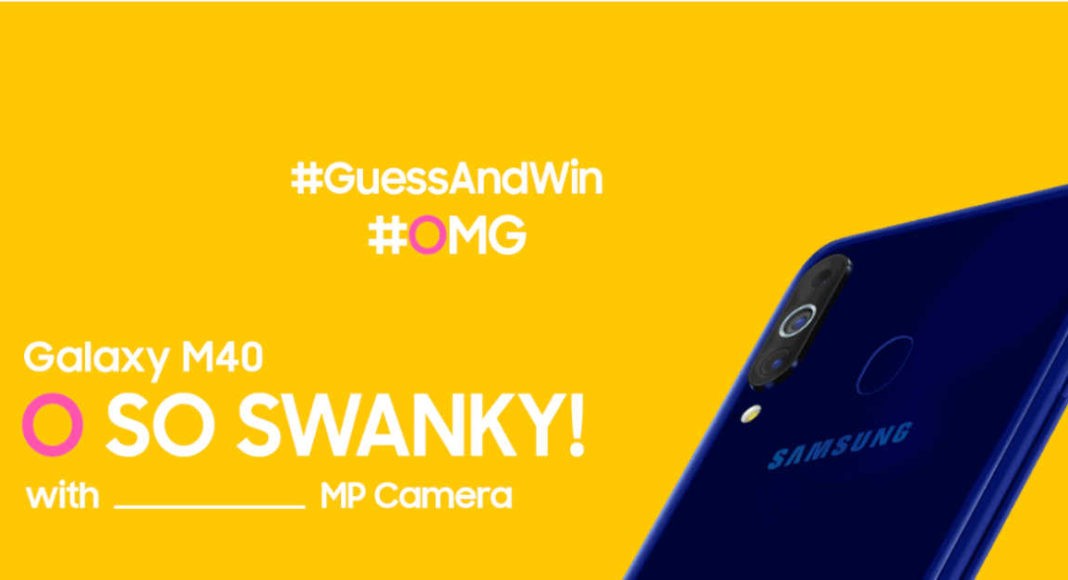 Samsung Galaxy M40 launch in India is scheduled for today. The company will be launching the smartphone at 6 pm IST today. A number of leaks and rumours about the Galaxy M40 have surfaced online prior to its launch. From these teasers, we know that the smartphone comes with an Infinity-O display and will sport a triple rear camera setup. The device is confirmed to be powered by Snapdragon 675 SoC and feature a 32MP primary sensor. The company also recently revealed that the device will run Android 9.0 Pie out of the box with One UI on top. Here’s everything that you need to know about Samsung Galaxy M40’s launch in India:

Samsung Galaxy M40 launch in India is scheduled for 6 pm IST. Although a live stream of the launch event is not available, you can stay tuned with us to get all the important updates.

Although we have to wait for a few hours for the pricing of the Samsung Galaxy M40 smartphone, it has been confirmed by the company that the handset will be priced around Rs 20,000. This would make the device compete with the likes of Realme 3 Pro and POCO F1. The availability details of the smartphone will be announced at the launch event itself. However, since Amazon India’s website has a dedicated page for the handset, it can be assumed that the smartphone will exclusively go on sale there.

As we mentioned earlier, a number of teasers and reports about the Samsung Galaxy M40 have surfaced online and these give us a fair idea about what to expect in terms of specifications. To begin with, Samsung Galaxy M40 smartphone is teased to come with an Infinity-O display that has a hole-punch selfie camera. The teasers of the handset show a rear-mounted fingerprint scanner and a triple rear camera setup. The company has also confirmed that the device will run Android 9.0 Pie skinned with One UI.

It has also been revealed by the company that the handset will come with a 32MP primary sensor and that it comes with a Screen Sound technology, which means that its display will be able to generate audio vibrations. In other words, there wouldn’t be any need of a conventional earpiece in the smartphone.

The smartphone is teased to be powered by an octa-core Snapdragon 675 SoC coupled with 6GB of RAM. In addition to this, according to Google’s Android Enterprise Solutions Directory, the smartphone will come with 128GB of storage.

A recent report also claimed that Samsung Galaxy M40 smartphone will come with a 6.3-inch full-HD+ Infinity-O Display and houses a 3,500mAh battery.

Avani Baggahttp://www.gadgetbridge.com
Avani has an immense love for reading, travelling and food, but not necessarily in the same order. Avani almost started pursuing law, but life had other (better) plans for her and she chose to be a writer instead (luckily!) She previously covered technology at Times Internet and wrote about smartphones, mobile apps and tech startups. When she’s not writing, you’ll be able to find her in book stores or catching up on her social life.
Facebook
Twitter
WhatsApp
Linkedin
ReddIt
Email
Previous article
Amazon Echo Show review: Alexa with a screen of its own
Next article
Amazon Apple Days Sale is back: Discounts on iPhones, iPads, MacBooks and more