The device is powered by 6nm Snapdragon 778G SoC. 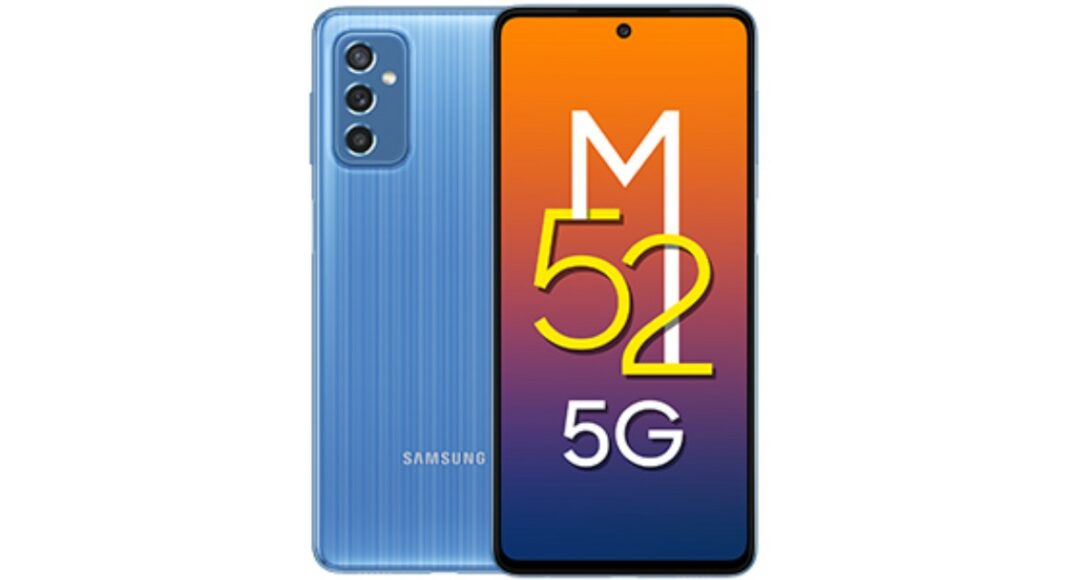 The Indian version features an AMOLED display with 120Hz refresh rate support. There is a triple rear camera set up and a 5,000mAh battery with 25W fast charging support.

As the device is being introduced just before the festivals the phone will be offered at an introductory price of Rs 26,999 and Rs 28,999 respectively. The phone will come in two colour options of Blazing Black and Icy Blue. 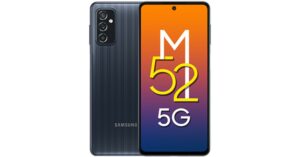 The 5G ready smartphone is scheduled to go on sale from October 3 via Amazon when the Great Indian Festival 2021 sale begins; however the prime members will get early access to the sale a day before the sale begins.

The launch offer includes a 10% instant discount to the HDFC Bank cardholders and on EMI transactions. The shopping coupons can get you Rs 1,000 off and furthermore there will be a six months free screen replacement and no-cost EMI options for up to 9 months.

Samsung Galaxy M52 5G is headlined with a 6.7 inf full HD super AMOLED+ display with 1,080×2,400 pixels of resolution. The screen gets 120Hz refresh rate support and a 20: 9 aspect ratio as well as Gorilla Glass 5 protection.

The 5G ready Samsung Galaxy M52 5G operates on OneUI 3.1 based on top of Android 11. Under the hood, there is a Qualcomm Snapdragon 778G SoC paired with up to 8GB of RAM and 128GB of internal storage. There is provision for memory expansion so it can be expanded up to 1TB using a microSD card.

The Samsung Galaxy M52 5G features a  triple rear camera set up consisting of a 64-MP primary sensor. Completing the setup there is a 12MP ultra wide-angle lens with f/2.2 aperture and a 5MP macro sensor. For taking selfies and video calling the device will sport a 32MP front-facing camera with an f/2.2 aperture.

Samsung Galaxy M52 5G comes with a side-mounted fingerprint sensor that doubles up as a power button. Lastly, there is a 5,000mAh battery onboard which is supported by 25W fast charging tech. The device can last up to 81 hours of music playtime, up to 48 hours of voice calls and up to 20 hours of video playtime.

Komila Singhhttp://www.gadgetbridge.com
Komila is one of the most spirited tech writers at Gadget Bridge. Always up for a new challenge, she is an expert at dissecting technology and getting to its core. She loves to tinker with new mobile phones, tablets and headphones.
Facebook
Twitter
WhatsApp
Linkedin
ReddIt
Email
Previous article
10 things to check when buying a second-hand Apple iPhone
Next article
You like scary flicks? Check out the top 10 horror movies on Netflix