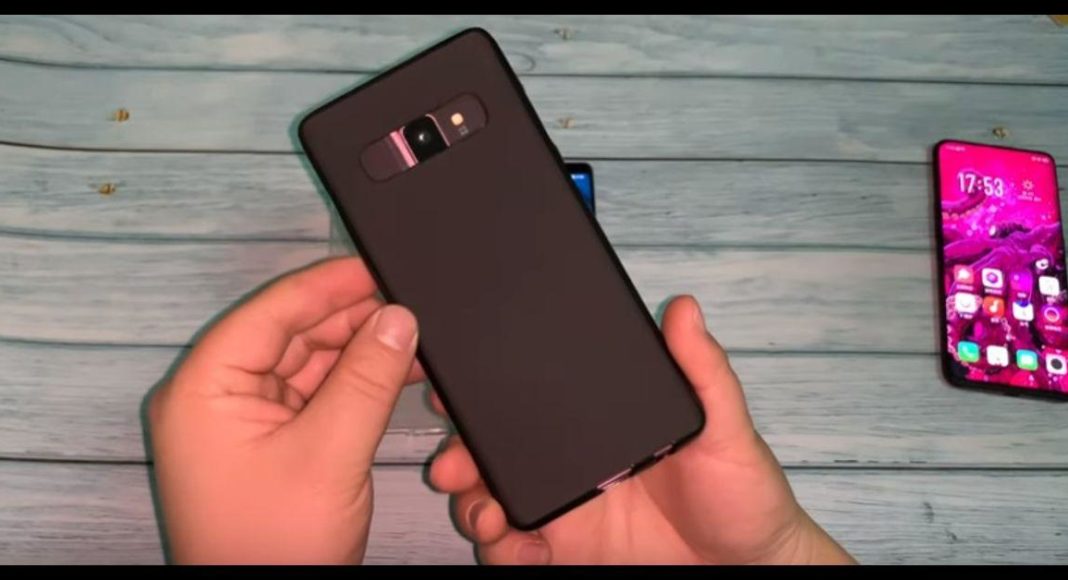 South Korean technology giant Samsung’s upcoming Galaxy S10 smartphone has been in news for months now. The smartphone, which is about to be launched in a few weeks, is the company’s tenth-anniversary edition. Samsung is expected to launch three smartphones in its Galaxy S10 lineup this year, followed by a 5G variant that will be launched with the handset maker’s foldable phone.

There have been a number of rumours and leaks about the upcoming lineup by Samsung and the latest one to surface online is a video that shows what may be the case for Samsung Galaxy S10+. While the video does not include the smartphone, it does give us an idea about how Samsung Galaxy S10+ may look like.

Considering that Samsung Galaxy S10+’s case fits Galaxy S9+ so well, it means that the South Korean technology company plans to add more screen space without actually increasing the size of the smartphone. The case also has cut-outs for USB-C port, volume rocker keys and the dedicated Bixby button. Note that all of these are placed similarly as they were on Samsung Galaxy S9+, so it makes sense how the smartphone’s case fit the ‘predecessor’.

There is a large cut-out in the smartphone’s case for the horizontally stacked triple-camera setup, which confirms the reports which claimed the same. The smartphone maker has been focussing on photography-centric smartphones since last year and this was evident when it revamped its Galaxy A series with smartphones that feature triple and quadruple rear camera setups. And now, we are expecting to see multiple rear cameras on its flagship device too.

Avani Baggahttp://www.gadgetbridge.com
Avani has an immense love for reading, travelling and food, but not necessarily in the same order. Avani almost started pursuing law, but life had other (better) plans for her and she chose to be a writer instead (luckily!) She previously covered technology at Times Internet and wrote about smartphones, mobile apps and tech startups. When she’s not writing, you’ll be able to find her in book stores or catching up on her social life.
Facebook
Twitter
WhatsApp
Linkedin
ReddIt
Email
Previous article
Nokia 9 PureView’s successor to come with Snapdragon 855 SoC, support 5G connectivity
Next article
Moto Z4 Play renders reveal waterdrop notch, support for Moto Mods