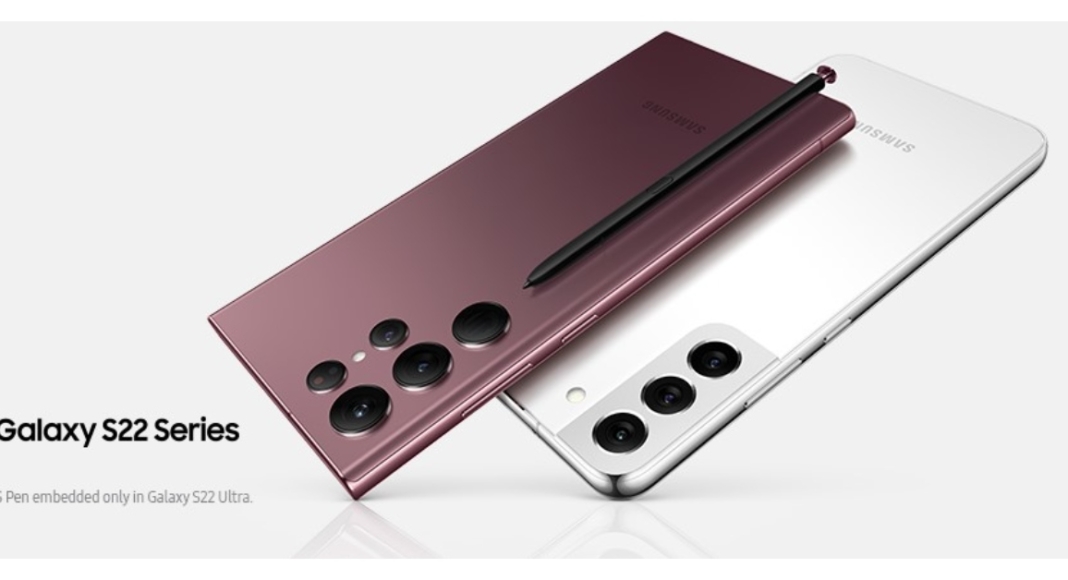 Samsung Galaxy S22 series was announced at Galaxy Unpacked last week. Now it is coming to India soon. Samsung has set the India launch for February 17 and it will be presented through an online launch event. The new lineup is the successor to the Galaxy S21 series which was announced last year. The series includes three devices Galaxy S22+ and Galaxy S22 Ultra along with the vanilla S22.

Samsung Galaxy S22 Series is all set to launch in India on February 22. The company will be hosting an online launch event. The event will be broadcast live on Samsung’s social media sites, including Facebook, Twitter, and YouTube. Samsung will reveal the prices and promotions for the Galaxy S22 Ultra, Galaxy S22+, and Galaxy S22. The event will begin at 12:30 pm on February 17, 2022, and people may follow the Livestream on Samsung India’s social media outlets.

According to the company, customers who have pre-booked a Galaxy S22 Ultra, Galaxy S22+, or Galaxy S22 will be eligible for all pre-booking discounts as well as a free Galaxy SmartTag.

Samsung began accepting pre-orders for the Galaxy S22 series in the nation last week. Customers may reserve the phones by paying an advance fee of Rs 1,999. Furthermore, buyers who pre-order a Galaxy SmartTag valued Rs 2,699 will receive one for free.

The Samsung Galaxy S22 features a 6.1-inch full-HD+ Dynamic AMOLED 2X display with a refresh rate of 120Hz that can be lowered to as low as 10Hz. Gorilla Glass Victus+ and an Armor Aluminium chassis protect the panel. The smartphone comes pre-installed with Android 12 and One UI 4.1, and is powered by an octa-core 4nm SoC and 8GB of RAM, with an internal storage capacity of up to 256GB.

5G, 4G LTE, Wi-Fi 6, Bluetooth v5.2, GPS/ A-GPS, NFC, and a USB Type-C connection are among the connectivity options. Among the sensors onboard are an accelerometer, ambient light sensor, barometer, geomagnetic, gyroscope, hall, and a proximity sensor, in addition to an ultrasonic in-display fingerprint sensor.

The Samsung Galaxy S22+ features a 6.6-inch full-HD+ Dynamic AMOLED 2X display with blue light control assistance provided by Samsung’s Eye Comfort Shield. There is also an adaptive 120Hz refresh rate that may drop to 10Hz and a peak brightness of 1,750 nits. The gadget is powered by an octa-core 4nm SoC with up to 12GB of RAM and 256GB of internal storage and runs Android 12 with One UI 4.1 on top.

For photography, the S22+ features a triple rear camera setup on the back that includes a 12MP ultra-wide-angle camera (f/2.2 aperture lens and a 120-degree FoV), a 50MP primary Dual Pixel autofocus wide-angle sensor (f/1.8 aperture lens and autofocus), and a 10MP telephoto sensor (f/2.4 aperture, 3x optical zoom, and OIS). The smartphone’s 10MP selfie camera boasts an f/2.2 aperture and an 80-degree field of view.

Lastly, the Samsung Galaxy S22 Ultra features a huge 6.8-inch Edge QHD+ Dynamic AMOLED 2X display with a 120Hz adaptive refresh rate that can be decreased to 1Hz and a peak brightness of 1,750 nits. The display panel has improved Wacom technology, which provides S Pen capability advancements such as lower latency. While an S Pen is built into the phone, it is reported to have 70% less latency than its predecessor. An octa-core 4nm SoC with up to 12 GB of RAM and up to 1TB of internal storage is under the hood.

The Samsung Galaxy S22 Ultra has a 5,000mAh battery that supports 45W fast charging, 15W wireless charging, and Wireless PowerShare for reverse wireless charging. The phone’s connectivity and sensors are similar to those of the previously mentioned smartphone.

Komila Singhhttp://www.gadgetbridge.com
Komila is one of the most spirited tech writers at Gadget Bridge. Always up for a new challenge, she is an expert at dissecting technology and getting to its core. She loves to tinker with new mobile phones, tablets and headphones.
Facebook
Twitter
WhatsApp
Linkedin
ReddIt
Email
Previous article
Microsoft Surface Laptop Studio with Slim Pen 2 is now available in India
Next article
Top 5 budget laptops for school children: For studies and online classes