Both the tablets by Samsung will go on sale this week onwards. 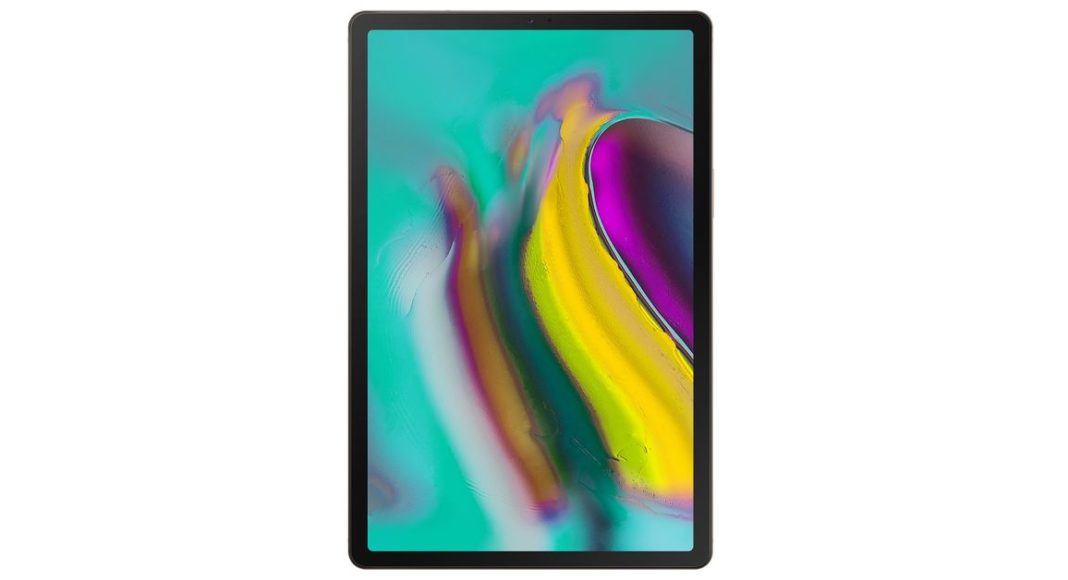 South Korean technology giant Samsung has launched two new tablets in the Indian market named Galaxy Tab S5e and Galaxy Tab A10.1. While Samsung Galaxy Tab S5e is a slim tablet with a large display and 2-in-1 built, on the other hand, the Galaxy Tab A10.1 offers a unibody metal design with Dolby Atmos 3D surround sound support. Both the new offerings come with a great media performance, productivity and boast of having a good performance. Here’s a look at the price and specifications of the newly launched tablets:

Samsung Galaxy Tab S5e’s Wi-Fi only variant is priced at Rs 35,999 and the Wi-Fi + LTE variant holds a price tag of Rs 39,999. The new tablet will come in three colour options – Silver, Black and Gold and it will go on sale starting June 24.

On the other hand, Samsung Galaxy Tab A10.1’s Wi-Fi only variant costs Rs 14,999 and the Wi Fi + LTE model of the device holds a price tag of Rs 19,999. The offering from Samsung is available in three colour options – Black, Silver and Gold and its sale will start from June 26 onwards.

Customers who purchase the Galaxy Tab S5e before July 31 can get the Book Cover Keyboard for the tablet at a price of Rs 3,500 instead of Rs 7,999.

On the launch of the new tablets, Aditya Babbar, Director, Mobile Business, Samsung India said, “Our new tablets embody Samsung’s philosophy of ‘Do What You Can’t’. Galaxy Tab S5e provides a PC-like environment on-the-go, thanks to DeX. It is a workstation and tablet rolled into one. We’ve also redefined the entertainment experience with an immersive Super AMOLED display and perfectly-tuned, true-to-life quad speakers. And all this fits into our lightest, slimmest tablet yet, giving you more tablet, less frame. It’s truly a marvel of design.”

Samsung Galaxy Tab S5e sports a 10.5-inch Super AMOLED display that has an aspect ratio of 16:10 and a screen-to-body ratio of 82%.  It comes with thin bezels and offers quad-speakers with Dolby Atmos and AKG integration. It runs Android 9 Pie skinned with One UI and is powered by a Snapdragon 670 SoC paired with 4GB of RAM. Samsung Galaxy Tab S5e comes with 64GB of internal storage and can support a microSD card. Other than that, the tablet also comes pre-loaded with Samsung Dex mode and it can be connected with a Book Cover keyboard using POGO connectors.

Samsung Galaxy Tab S5e comes with support for fingerprint sensors as well as facial recognition. There is also a Call-Message Continuity feature that allows the user to reply to a message or a call that they receive on their Galaxy smartphone using the tablet. The tablet packs a large 7,040mAh battery and it comes with fast charging support. The company claims that the tablet can offer around 14.5 hours of video playback on a single charge. 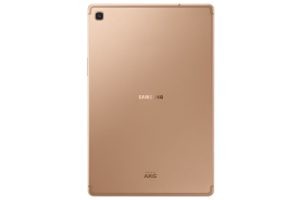 On the imaging front, the Samsung Galaxy Tab S5e comes with a single 13MP camera at the back while at the front there is an 8MP camera for video calling and selfies.

Samsung Galaxy Tab A10.1 sports a 10.1-inch TFT display with 400nits of peak brightness. It is powered by an Exynos 7904 SoC paired with 2GB of RAM. The tablet offers 32GB of internal storage with support of a microSD card of up to 512GB. The device runs Android 9 Pie skinned with One UI. The new tablet comes with dual speaker system and it too has support for Dolby Atmos. The Samsung Galaxy Tab A10.1 packs a 6,150mAh battery that does not have support for fast charging and it is claimed to offer 13 hours of video playback.

For imaging duties, the Samsung Galaxy Tab A10.1 sports an 8MP rear camera module and on the front there is a 5MP sensor for selfies and video calling.

Aman Singhhttps://www.gadgetbridge.com/
Aman Kumar Singh has a Masters in Journalism and Mass Communication. He is a journalist, a photographer, a writer, a gamer, a movie addict and has a love for reading (everything). It’s his love of reading that has brought him knowledge in various fields including technology and gadgets. Talking about which, he loves to tweak and play with gadgets, new and old. And when he finds time, if he finds time, he can be seen playing video games or taking a new gadget for a test run.
Facebook
Twitter
WhatsApp
Linkedin
ReddIt
Email
Previous article
OnePlus 7 Pro latest update improves its camera performance
Next article
Microsoft working on it’s ‘Surface’ foldable device: Report