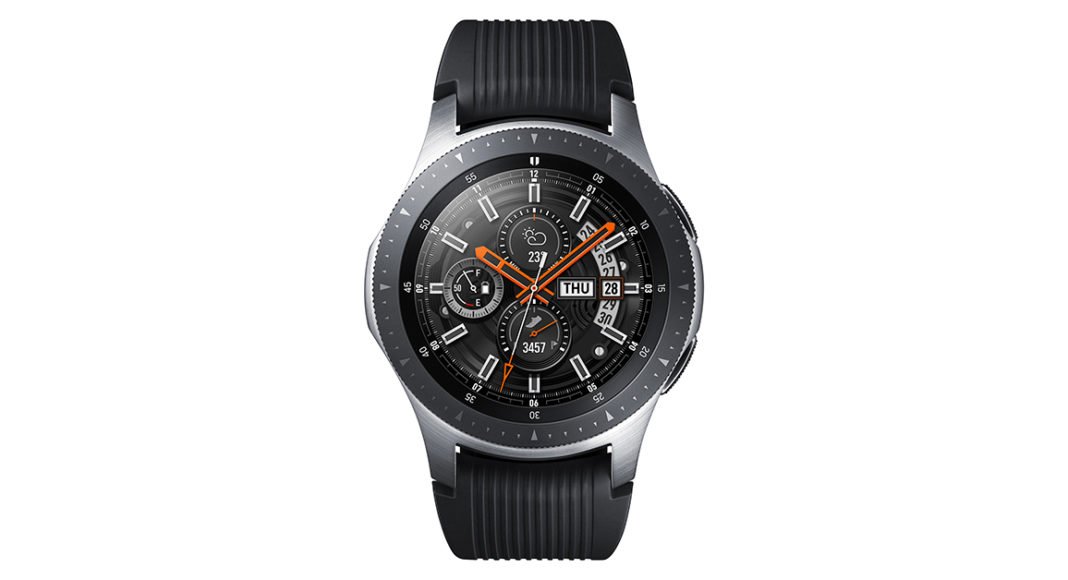 South Korean technology giant Samsung unveiled its new smartwatch at an event in New York on Thursday, where they also showcased Samsung Galaxy Note 9 smartphone. Dubbed Galaxy Watch, the smartwatch comes with 3G/LTE connectivity and can be charged wirelessly. It will be available in two models — a 46mm silver variant and a 42mm rose gold and black variants. With Galaxy Watch, Samsung has finally let go of its Gear branding.

According to the company, the Galaxy Watch will be available in the United States starting August 24th and in its home country — South Korea — starting August 31st. The smartwatch will reach additional markets only by September 14.  While 42mm variant is priced at $329.99 (roughly Rs 23,000), the 46mm version bears a price tag of $349.99 (roughly Rs 24,000). However, the pricing of the LTE version has not been disclosed yet.

Running on Tizen OS 4.0, Galaxy Watch is powered by 1.15 GHz Exynos 9110 dual core processor and offers 5 ATM water resistance and IP68 dust resistance. It comes with a heart rate monitor, ambient light sensor, accelerometer, gyroscope, and barometer. While the LTE version of the watch comes with 1.15GB RAM and 4GB of storage, the Bluetooth version includes 768MB RAM and 4GB of storage.

According to Samsung, the improved battery life of Galaxy Watch can provide ‘several days’ of usage on just a single charge. The smartwatch also includes some health and wellness oriented features. The heart rate monitor on the device not only records your heartbeat, when it detects that your heart is racing, it will also notify you to relax. Besides this, it tracks fitness and records sleep patterns. It will also determine the quality of your sleep.

The new smartwatch by Samsung is touted to come with a wide range of straps and watch faces — including straps by Braloba. Also, it is for the first time that a wearable by Samsung comes with an Always On Display.

Avani Baggahttp://www.gadgetbridge.com
Avani has an immense love for reading, travelling and food, but not necessarily in the same order. Avani almost started pursuing law, but life had other (better) plans for her and she chose to be a writer instead (luckily!) She previously covered technology at Times Internet and wrote about smartphones, mobile apps and tech startups. When she’s not writing, you’ll be able to find her in book stores or catching up on her social life.
Facebook
Twitter
WhatsApp
Linkedin
ReddIt
Email
Previous article
Samsung Galaxy Note 9 with all-new S Pen, 4,000mAh battery launched: Price, specifications & more
Next article
Samsung Galaxy Note 9 vs OnePlus 6 vs Apple iPhone X: Comparison