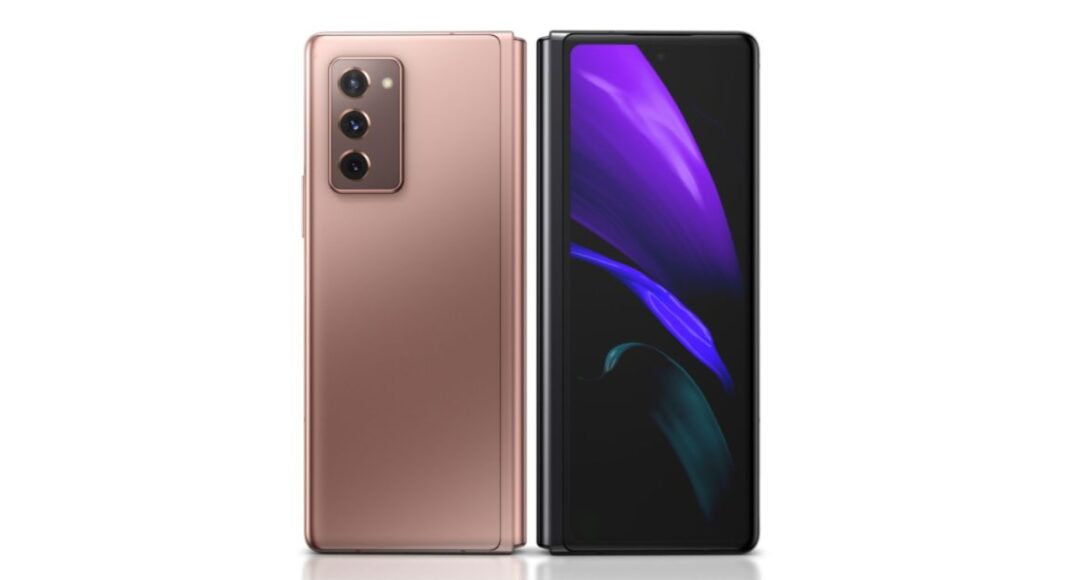 With everyone fussing over the trouble caused by the COVID 19 epidemic the South Korean smartphone brand Samsung has been able to go ahead with some of its major plans this year. Earlier last month the company introduced the Galaxy Note Series along with Galaxy Tab S7 in the market. Today the company has expanded its portfolio of foldable devices by announcing Samsung Galaxy Z Fold 2. The device is the successor of the much popular Galaxy Fold, which arrived last year with few glitches that were re-engineered therefore delaying the launch. But this time it next-gen foldable phone comes with improved features and a more advanced flex display.

Samsung’s portfolio of foldable smartphones already includes Galaxy Fold as well as Galaxy Z Flip, but today the company has introduced its third hardware in the series that comes with upgraded features that is Galaxy Z Fold 2. Read on to know more about this device’s pricing, its India’s availability as well as its specifications.

Samsung Galaxy Z Fold 2 has been introduced in the US with a price tag of $1,999 that translates to Rs 1,48,300. However, the company has not revealed its India’s availability and pricing but this device will be sold in 40 markets internationally that includes the US and South Korea.

Though the device will be offered in Mystic Black and Mystic Bronze colour options starting September 18 the company has also launched a special edition Galaxy Z Fold 2 Thom Browne Edition which will be available September 25 onwards in select markets only. Both the variants will be going on pre-orders later today.

Additionally, this time the company will be offering the regular variant with customisable hinge available in multiple colour options of Metallic Silver, Metallic Red, Metallic Blue, and Metallic Gold. This will be possible through an online tool via Samsung.com that will be providing the customisation. The service will be limited to 21 countries and sadly India is not included in the list.

The Samsung Galaxy Z Fold 2 features a 7.6-inch Infinity-O Display with 1,768×2,208 pixels of resolution and 120Hz refresh rate with 22.5:18 aspect ratio. While there is a 6.2-inch Infinity-O Super AMOLED Infinity Flex Display cover screen with 816×2,260 pixels of resolution and 25:9 aspect ratio. The company has also engineered the hinge on the Galaxy Z Fold 2 that now comes with a dedicated sweeper to help the users clear out debris using the elastic fibres. While there is UTG protection unlike the plastic covering which was on its predecessor. It further includes a CAM Mechanism similar to Galaxy Z Flip that enables the phone to open it up at multiple angles which is an upgrade.

It derives its power from the top of the line octa-core Qualcomm Snapdragon 865+ SoC with 12GB of LPDDR5 RAM and 256GB of UFS 3.1 non-expandable storage. In terms of imaging, there is a triple rear camera setup at the back of the phone which includes a 12-megapixel sensor with f/1.8 aperture supported by optical image stabilisation (OIS) for stable images. It further includes another 12-megapixel ultra-wide-angle lens with f/2.2 aperture and a 2-megapixel telephoto lens with f/2.4 aperture. The setup is supported by 4K and slow-motion video recording at 960fps.  whereas it also includes two 10-megapixel sensors with an f/2.2 aperture on the display as well as on the cover for taking selfies. This supports features such as Auto Scene Optimisation, Bixby Vision, Group Selfie, HDR10+ Video, Live Focus, Panorama as well.

Komila Singhhttp://www.gadgetbridge.com
Komila is one of the most spirited tech writers at Gadget Bridge. Always up for a new challenge, she is an expert at dissecting technology and getting to its core. She loves to tinker with new mobile phones, tablets and headphones.
Facebook
Twitter
WhatsApp
Linkedin
ReddIt
Email
Previous article
Tecno Spark Go 2020 with 5,000mAh battery launched in India
Next article
September 2 Amazon Quiz: Participate to win Redmi Note 9 Pro