HomeComputersTabletsSamsung launches Galaxy Tab A7, Galaxy Fit2 and more at the Life... 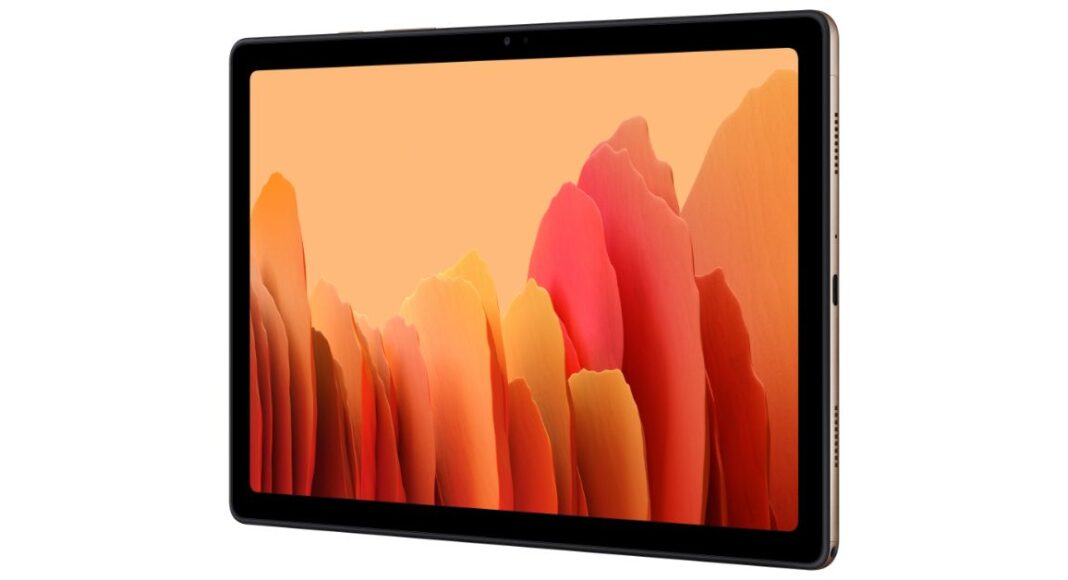 On Wednesday at the Life Unstoppable event, the South Korean major unveiled a slew of its new products across various categories. This is the company’s third product launch event within a span of one month and the company is leaving no stone unturned to amaze the consumer with its advanced technology. Just a day before the company unveiled its redesigned Galaxy Z Fold 2 which is a tablet cum phone the next day it introduced a Galaxy Tab A7 along with a wearable Galaxy Fit 2, a smart projector called The Premier and a gaming monitor Odyssey G5. In addition to this, the company has also launched a wireless charging pad called Wireless Charging Trio.

The Samsung Galaxy Tab A7 features a 10.4-inch screen with even bezels offering 80 per cent of screen-to-body ratio and 2000×1200 pixels of resolution. The Device is supported by quad Dolby Atmos speakers and is touted to bring a longer battery life. Under the hood, there is an unnamed processor octa-core CPU running 3 cores at 2GHZ while the rest at 1.8Gh. The device will be offered with 3GB of RAM with 32GB of storage option which can be expanded using a microSD card.

The Tab comes with an 8-megapixel rear camera and a 5-megapixel front camera for taking selfies. The Tab A7 houses a 7,040 mAh battery and for connectivity, there is a USB-C port, 3.5 mm audio jack, Bluetooth 5.0 and Wi-Fi 802.11 a/b/g/n/ac. In addition to this, the tablet comes pre-installed with a dedicated kids app namely Samsung Kids that offers educational and entertaining content for children.

Galaxy Fit2 is the company’s first fitness smart band to take on other brands such as Xiaomi, Huawei and others. The Fit2 features a 1.1” AMOLED with 3D curved glass that includes 70 watch faces options. It also comes with a sleep monitoring feature that can track the user’s sleeping pattern with daily analysis and a Sleep Score. 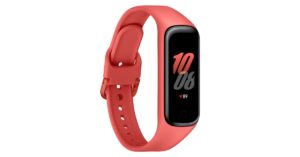 In addition to this, the wearable sports five different types of activity fitness insights such as calories burned, heart rate, distance and more. The device will be available in Black or Scarlet colour options and its promises to last up to 15 days on a single charge. 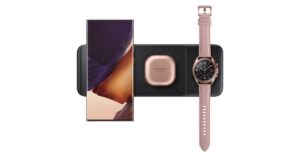 Wireless Charging Trio is the company’s wireless charging pad. It allows users to charge three different devices at the same time. The brand-new wireless charging solution has been designed to charge compatible devices all at once, offering everyday convenience and ease. There is a USB-C to USB-C cable as connectivity options. The device will be available in two colour options Black and White. It comes with a circular cut-out to charge Galaxy Watch3. Remaining details are yet to be revealed. Though it’s said to be compatible with Qi-enabled devices.

This the company’s smart projector which takes home entertainment to the next level offering big picture cinematic experience. The premier comes in two different sizes: 120 and 130-inch models. There are powerful built-in woofers, Acoustic Beam surround sound and cutting-edge triple lasers with 4K picture quality. The LSP9T model is the world’s first HDR10+ certified projector that is claimed to deliver revolutionary colour and contrast that adds depth for more precise picture detail as you move from bright to dark scenes. According to the company, the projector will be available in 10 countries this year which includes Germany, the UK,  France, Switzerland, Austria, Netherlands, Belgium, Italy, Spain, and Nordics.

Komila Singhhttp://www.gadgetbridge.com
Komila is one of the most spirited tech writers at Gadget Bridge. Always up for a new challenge, she is an expert at dissecting technology and getting to its core. She loves to tinker with new mobile phones, tablets and headphones.
Facebook
Twitter
WhatsApp
Linkedin
ReddIt
Email
Previous articleOppo F17 Pro and Oppo F17 with 30W VOOC Flash Charge and quad cameras launched in India
Next articleRealme X7 and Realme X7 Pro set to launch in India today: How to watch the Livestream