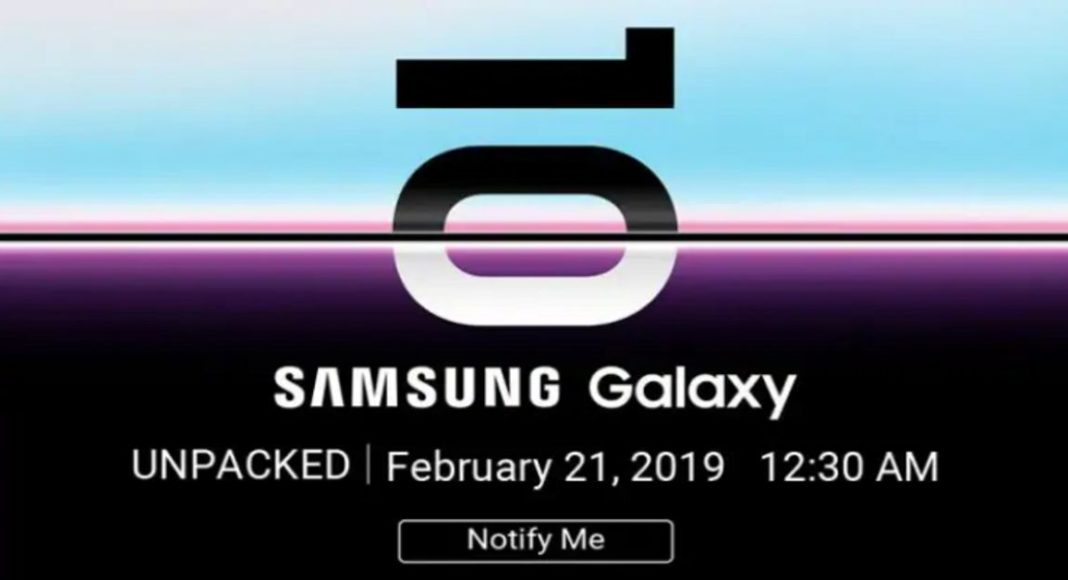 South Korean technology giant Samsung is all set to launch its Galaxy S10 smartphones this week at an event in San Francisco. Samsung has scheduled its Unpacked event for February 20, where apart from its Galaxy S10 smartphones, it is expected to launch its new smartwatch and earbuds. The company has also hinted that it will be unveiling its upcoming foldable phone at the event.

If you are a Samsung fan, you would be happy to know that you wouldn’t have to wait till March to have the first look at the device. If you want to, you can try the next flagship Galaxy device on February 21 itself. According to a report in SamMobile, the technology giant is all set to hold its exclusive previews across the country, so you can go there and try the new Galaxy S10 in person before you order the smartphone for yourself.

We should mention that the exclusive preview for the Next Galaxy will be held in eight major Indian cities on February 21 including Delhi, Mumbai, Kolkata, Bangalore, Chennai, Gurgaon, Pune and Chandigarh.

So, just a day after the Samsung Galaxy S10, Galaxy S10+ and Galaxy S10E will be unveiled at the company’s Unpacked event in San Francisco, you would be able to get your hands on the device if you live in these cities, or happen to be there on February 21.

The exclusive preview events will start at 5:30pm IST and will be open to all. No registrations are required to be a part of the preview sale.

The company has also confirmed that the Samsung 837 in New York City will also allow people to try the new flagship smartphone right after the Galaxy Unpacked event. However, for doing this, users will have to sign up at the company’s official Galaxy Unpacked Livestream webpage.

As we mentioned earlier, at its February 20 event, Samsung is expected to launch its Galaxy S10, Galaxy S10+ and Galaxy S10E mobile phones, its Galaxy Watch Active smartwatch and its Galaxy Buds. It is also expected to showcase its much-awaited foldable phone. The Galaxy Unpacked event will start at 11:00am PST on February 20 and in case you are not in New York, you can watch the event on Samsung’s official website, where it will be live-streamed.

Update: When we confirmed with Samsung, the company denied holding any such event on February 21.