HomeMobilesSamsung to host its first Galaxy Unpacked event on January 14, to...

Samsung to host its first Galaxy Unpacked event on January 14, to be hosted virtually 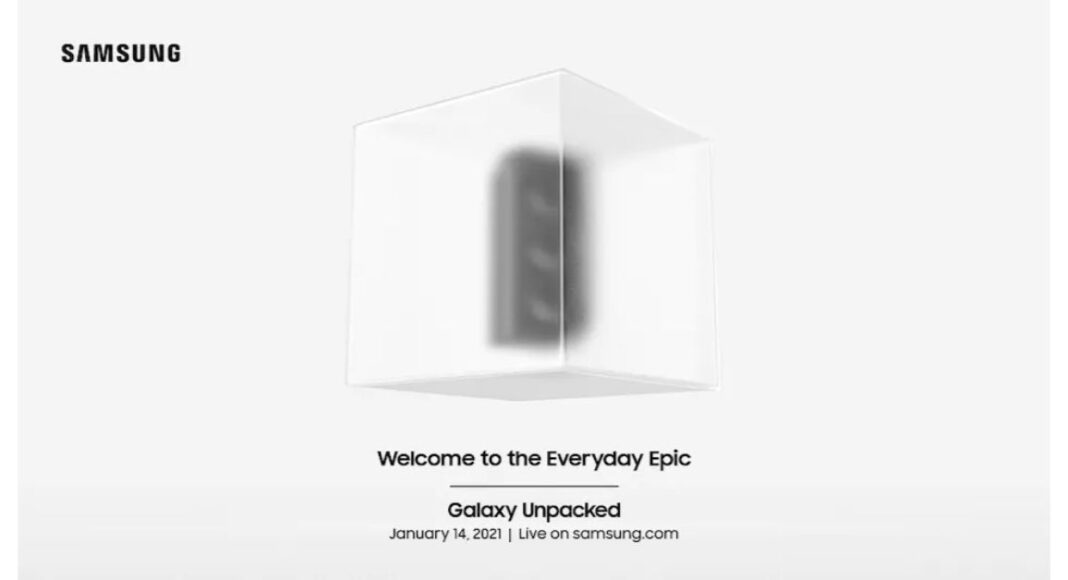 The South Korean major brand Samsung has officially announced the first flagship smartphones launch of the year to be held on January 14. Keeping all the speculation and leaks aside the company confirmed Galaxy Unpacked 2021 to be held virtually all thanks to the pandemic situation. However, it is still unclear what exactly will be launched at the Galaxy Unpacked Event but like every, the company is expected to be going by its tradition and will be unveiling Samsung Galaxy S21 series that will include three new models.

Samsung has officially announced to host this year’s Galaxy Unpacked event for January 14. The event will be held via live stream on Samsung Newsroom, Samsung.com at 10 a.m. EST on January 14, 2021. The event invite reads, “Over the past year, mobile technology has taken center stage in everyday life as people are working from and spending time at home. The accelerated transition to a mobile-first world brings with it the need for devices that can transform everyday life into an extraordinary experience.”

However, the company did not confirm but it is going to launch the much anticipated Samsung Galaxy S21 series. There will be three smartphones making their way to the market- Samsung Galaxy S21, Galaxy S21+ and Galaxy S21 Ultra. The company did not confirm about the Smartphone series but recently it was put on reservations in the US which clearly confirms on January 14 the company will be unveiling its next flagship smartphones. Also, the teaser video gives us a glimpse of a triple rear camera module that revolves inside a semi-transparent cube. It is the same vintage diaries like the designed camera set up which we have seen in the earlier leaks.

The smartphone series is also tipped to come with improved battery performance over the existing Galaxy S20. As per a YouTuber, the Samsung Galaxy S21 will be powered by Exynos 2100 SoC that would deliver 25 to 35 percent improved battery life than the Exynos 990-powered Galaxy S20. While the Snapdragon 888 SoC powered device will come with a 15 percent improvement in battery life over the Snapdragon 865 running predecessor. The upcoming model is suggested to have a 4,000mAH battery similar to its predecessor that will get significant improvement in battery life with the power of the latest processors. In addition to this, the upcoming flagship series is said to support fast charging too.

Apart from this, the Samsung Galaxy S21 series went on pre-orders registration in the US. The reservation is open through the Samsung Shop app as well as via the Samsung US website and is open until 11:59 pm EST on January 28, 2021.

Although the images and the specification of the upcoming flagship have been leaked several times but the recently leaked live images of the Galaxy 21+ shows the front as well as the back of the phone. It also confirms the Phantom Violet colour option. Whereas the three triple cameras aligned vertically on the top left corner. The camera set up reminds us of the vintage diaries that used to have a metal clip-like design at its one end.

Also the tipster Ishan Agarwal has shared the renders of the official cases of the Samsung Galaxy S21 series having a thick camera bump also.

Komila Singhhttp://www.gadgetbridge.com
Komila is one of the most spirited tech writers at Gadget Bridge. Always up for a new challenge, she is an expert at dissecting technology and getting to its core. She loves to tinker with new mobile phones, tablets and headphones.
Facebook
Twitter
WhatsApp
Linkedin
ReddIt
Email
Previous articleXiaomi Mi 10i be priced upwards of Rs 26,999, features a 108MP rear camera and will launch tomorrow in India
Next articlePoco F2 launch teased for India expected to be powered by Snapdragon 732G SoC