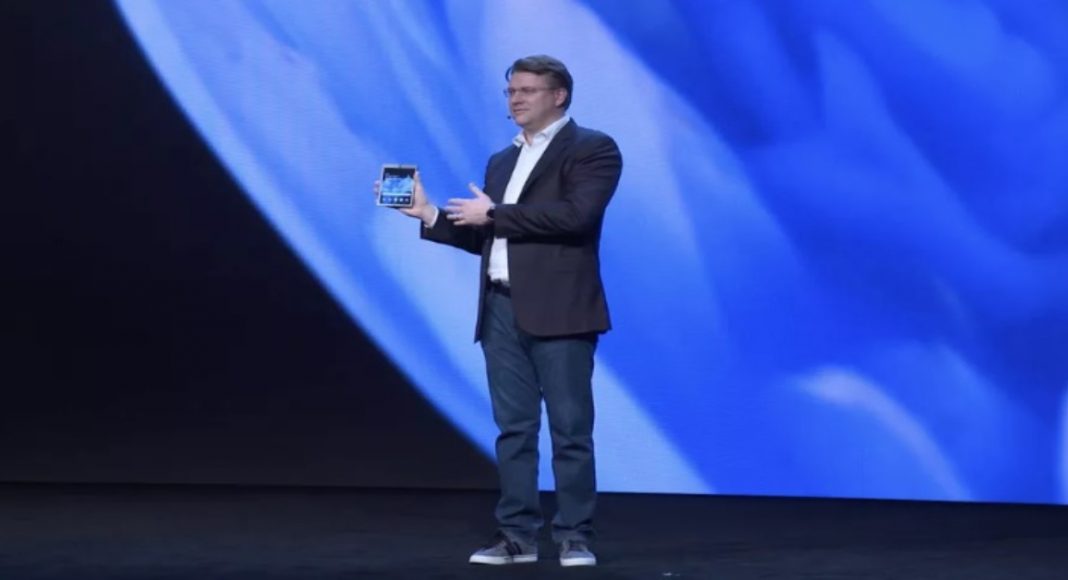 After weeks of rumours and leaks, South Korean technology giant Samsung finally unveiled its foldable phone. The Samsung Developer Conference started yesterday, while there were reports that the company will only be showing the UI of the upcoming phone, it instead showcased the foldable tablet-sized device on the very first day itself.

Samsung’s tablet-sized device can be folded into a phone and the company calls it the Infinity Flex Display. Although the company did not talk too much about it, we now at least what actually Samsung’s foldable phone is like and that it will be made available to the masses.

Rumours suggest that Samsung plans to call its device as Galaxy F, but then, there is no official word on it yet. Samsung is being extremely careful about the information that it is disclosing about the device so far. It even went to the extent of dimming the lights and hiding the phone’s design during the presentation so that the audience could only see the display.

Speaking of the display, Samsung’s foldable phone has a 7.3-inch AMOLED screen that can be folded in the middle. The tablet then turns into a candybar phone. That’s not all. The device also has a 4.6-inch AMOLED secondary display that is placed on the outer cover and is visible when the device is folded. It comes handy when the device is being used as a phone and not a tablet.

Samsung said that the device has been designed to offer users a tablet and a smartphone in one device and further went on to say that the phone’s Infinity Flex Display is thin and can be folded “hundreds of thousands of times.”

Samsung has also come with a new interface called One UI, which can work when the device is being used as a tablet as well as when it is being used as a phone. According to the company, the minimalistic user interface of the phone is based on Android, and will show only useful content at the bottom of the screen. On unfolding the device, users get a lot of scope for multitasking as they can simultaneously run three apps on the tablet’s screen.

There is no official launch date of the device, but the new foldable device by Samsung is expected to be there at CES 2019.

Avani Baggahttp://www.gadgetbridge.com
Avani has an immense love for reading, travelling and food, but not necessarily in the same order. Avani almost started pursuing law, but life had other (better) plans for her and she chose to be a writer instead (luckily!) She previously covered technology at Times Internet and wrote about smartphones, mobile apps and tech startups. When she’s not writing, you’ll be able to find her in book stores or catching up on her social life.
Facebook
Twitter
WhatsApp
Linkedin
ReddIt
Email
Previous article
Samsung to showcase its foldable smartphone’s interface today: Report
Next article
Nokia 9 leaked renders show a penta-camera setup and no fingerprint sensor