Solar Eclipse 2020: Witness the annular solar eclipse on June 21, here is how and when to watch the majestic event in India

Check out the timings of the solar eclipse in India 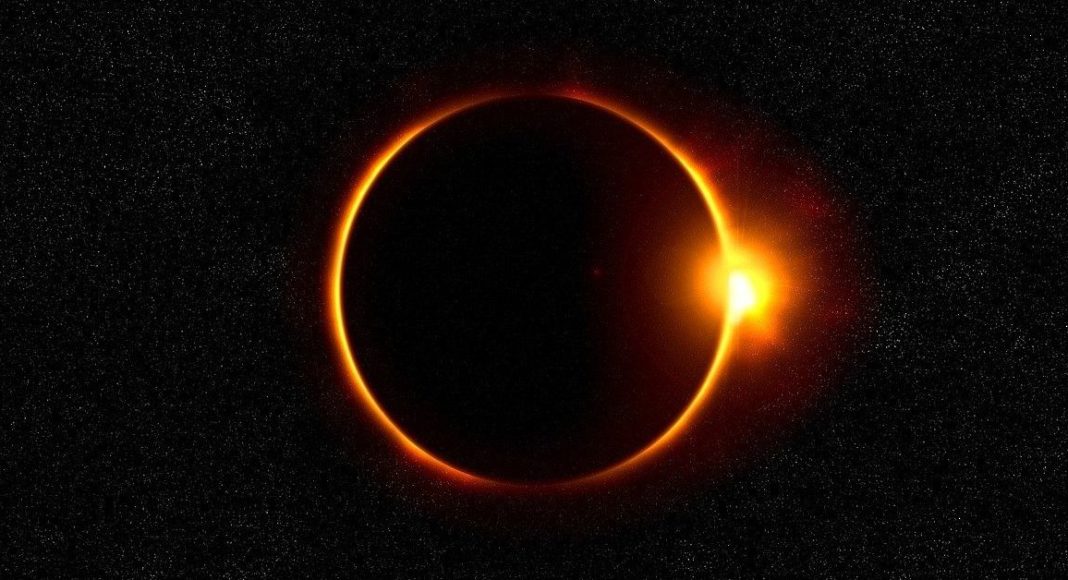 On Sunday, June 21 the first solar eclipse also known as Surya Grahan in India is going to be witnessed. This time it is said to be the deepest annular solar eclipse that will be observed after hundreds of years in different parts of Asia, Africa, Europe, and Australia including India. The term annular solar eclipse means that a ring of fire will be seen in the sky.

On Sunday this year first solar eclipse will be witnessed in different parts of the world and a ring of fire like phenomenon will appear only for 30 seconds, In India, the partial solar eclipse will begin at 9:15 AM and will reach to its maximum form of annular eclipse forming a necklace of pearls at 12:10 noon.

What is an annular solar eclipse?

As we are very well aware that the solar eclipse is a phenomenon when the Earth is immersed in a shadow cast by Moon eventually blocking the sunlight fully known as full solar eclipse or partially and happens when the Sun, Moon and Earth are aligned. But during the annular solar eclipse when the moon passes between the Sun and the earth either fully or partially hides the sun when seen from the planet earth. Therefore, it gives an impression of a ring of fire or gives an impression of a necklace.

This occurrence will be seen in a few parts of northern India while other parts of the country will witness partially. According to Planetary Society, India the eclipse will be visible between 9:56 AM to 2:29 PM in India. It will begin near Gharsana in Rajasthan around 10:12 AM. The formation of the wonder will begin from 11:49 am and end at 11:50 am. It will appear for less than a minute at 12:10 noon.

How to watch Solar Eclipse?

If you are located in one of the above-mentioned locations, then it will be visible with your own eyes. But before you step out of your home to witness the phenomenon then we would warn you not to see it with your naked eyes. Before stepping out think of wearing protection or dark glasses as the harmful rays might damage your sight permanently leading to blindness. Before you watch the solar eclipse take note to use aluminized Mylar, black polymer or welding glass (shade number 14).

Komila Singhhttp://www.gadgetbridge.com
Komila is one of the most spirited tech writers at Gadget Bridge. Always up for a new challenge, she is an expert at dissecting technology and getting to its core. She loves to tinker with new mobile phones, tablets and headphones.
Facebook
Twitter
WhatsApp
Linkedin
ReddIt
Email
Previous article
COVID-19 crisis: Know how Microsoft’s undersea datacentre gearing up to discover Coronavirus vaccine
Next article
Samsung Galaxy Note 20 Ultra is tipped to feature a 120HZ refresh rate display panel