Both the microphones are now available for purchase across the country 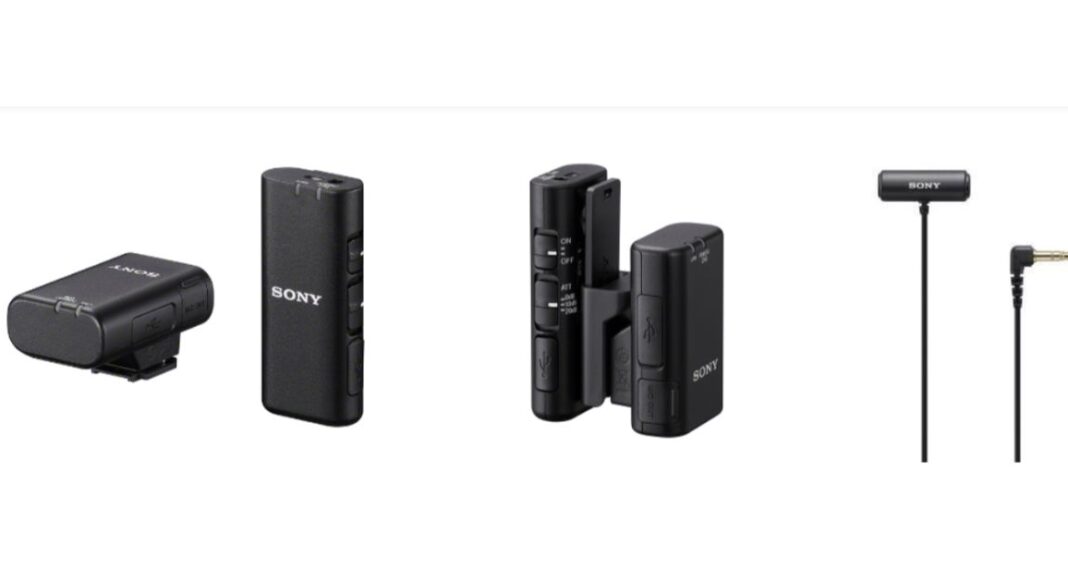 The Japanese electronics giant Sony offers a wide range of audio products in the Indian market. Today the company has expanded it by launching two new microphones in the country- Sony ECM-W2BT wireless microphone and ECM-LV1 compact stereo lavalier microphone. Both the products are claimed to offer high-quality audio recording with lower noise and stable connection. The devices are said to be well compatible with the Sony camera and are useful for vlogging, video content creation,  street performance, product reviews, food reviews, travel vlogs and more. 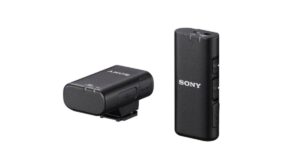 In addition to this, the microphone uses an advanced omniev-directional mic capsule to capture clear sound recording from any direction. It also provides recording flexibility by increasing the stability of the Bluetooth connection between microphone and receiver even with obstacles or in crowded environments with additional wireless activity. According to the company when there is good visibility, communication is possible at up to 200m, significantly increasing the flexibility of audio recording.

The Sony wireless microphone also offers three sound picks up modes  MIC mode, MIX mode and a new RCVR mode. The Mic Mode pics audio from the microphone transmitter so that only the subject’s audio is captured. While the MIX Mode allows both transmitter and receiver audio which is useful when audio from both the subject and the user is desired. The RCVR mode allows you to pick up sound from the internal microphone at the receiver, so the user can record audio of themselves.

It also has support for stereo audio input with an external 3.5mm stereo mini-jack to allow for stereo sound pickup, so it can be used in combination with the stereo-capable lavalier microphone such as the ECM-LV1 compact stereo lavalier microphone, as an unobtrusive microphone that can easily attach to the subject’s clothing and record sound with increased realism. There is a  LINK lamp to notify the user of the status of the communication between the microphone and the receiver and a POWER lamp to easily check the remaining battery charge as well.

On the other hand, the Sony ECM-LV1 is a versatile lavalier microphone that is compatible with Digital Audio Interface for stress-free recording, Besides this, the microphone allows flexible use with a number of other electronic devices. It works with devices equipped with an external mic input such as PCs and digital voice recorders. In addition to this, there is a flexible rotating clip that lets you attach the microphone at any convenient angle. It also comes with a windscreen designed to reduce the impact of both wind noise and the speaker’s breath sounds

In terms of pricing and availability, both Sony ECM-W2BT wireless microphone and ECM-LV1 compact stereo lavalier microphone will be available with a price tag of Rs 16,990 and Rs 2,090 respectively. These microphones will be available for purchase across all Sony Centers, Alpha Flagship stores, www.ShopatSC.com portal and major electronic stores in the country starting today.

Komila Singhhttp://www.gadgetbridge.com
Komila is one of the most spirited tech writers at Gadget Bridge. Always up for a new challenge, she is an expert at dissecting technology and getting to its core. She loves to tinker with new mobile phones, tablets and headphones.
Facebook
Twitter
WhatsApp
Linkedin
ReddIt
Email
Previous articleMicrosoft Surface Laptop 4 now available in India, price starts at Rs 1,02,999
Next articleAsus ROG Flow X13, Asus ROG Zephyrus Duo 15 SE, Asus ROG Zephyrus G15, and Asus ROG Zephyrus G14 gaming laptops launched in India