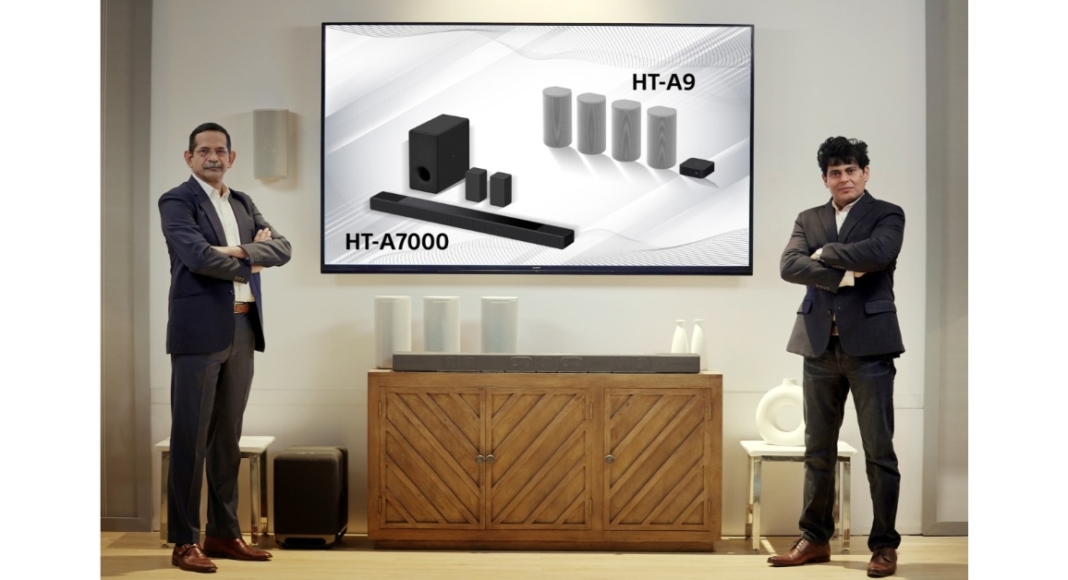 Sony India today announced the launch of two new premium audio devices in the Indian market. The company has introduced the HT-A9 home theatre system and HT-A7000 soundbar. The specifications and features of both the gadgets are similar and feature 360 Spatial Sound Mapping Technology. In addition to this, they support Dolby Atmos and DTS:X technology. They have up-firing X-Balanced Speaker Units and 8K/4K HDR support. Both the premium audio devices offer Bluetooth and WiFi connectivity and come with Alexa and Google Assistant compatibility.

Both the Sony HT-A9 home theatre system and HT-A7000 soundbar come with 360 Spatial Sound and Sound Field Optimization. The A9 employs twin microphones in each speaker to cleverly estimate their relative height and location, allowing the system to produce twelve phantom speakers that entirely surround the room in realistic spatial sound. All it takes is a couple of clicks on the remote to enable Sound Field Optimization, and it’ll be auto-calibrated in seconds. There are no cords flowing across the living room since the four speakers link wirelessly.

Sony’s newest Omnidirectional Block Design is featured in the HT-A9 to produce a 7.1.4ch surround sound experience. The cylindrical design resembles a single solid block that emits 360-degree sound. It has a flat back surface that fits neatly against the wall, and its light pearl grey colour is meant to blend in with the décor. While the HT-A7000 has a 7.1.2ch soundbar.

The HT-A9 and HT-A7000 generate a virtual sound field with Dolby Atmos and DTS:X. With a sound output of 804W for the HT-A9 and 900W for the HT-A7000, the user may experience improved visuals. DSEE Extreme, which upscales compressed digital music in real-time, is now available on both audio devices. Using Chromecast, Apple AirPlay 2, or Spotify Connect, the user may simply access famous music services like Spotify and stream their favourite albums and playlists over Bluetooth.

For overhead sound, the HT-A9 has four up-firing speakers and the HT-A7000 has two up-firing speakers. The speakers’ insides have two rectangular X-Balanced Speaker Units to optimise the diaphragm area for fuller bass and sound pressure. Both soundbars support all formats, including 8K HDR, 4K 120fps, and Dolby Vision, so you can enjoy the best-in-class entertainment. Also, Voice activation is available on the HT-A9 and HT-A7000 soundbars, which operate with both Google Assistant and Amazon Alexa.

The new HT-A9 and HT-A7000 home theatre systems will be available across all Sony Center, e-commerce portals, www.ShopatSC.com portal and major electronic stores across India

Komila Singhhttp://www.gadgetbridge.com
Komila is one of the most spirited tech writers at Gadget Bridge. Always up for a new challenge, she is an expert at dissecting technology and getting to its core. She loves to tinker with new mobile phones, tablets and headphones.
Facebook
Twitter
WhatsApp
Linkedin
ReddIt
Email
Previous articleHow to Change Font Style in WhatsApp Messages?
Next articleTop 3 ways to find out if someone follows you on Instagram