The device comes with a sound output of 330W. 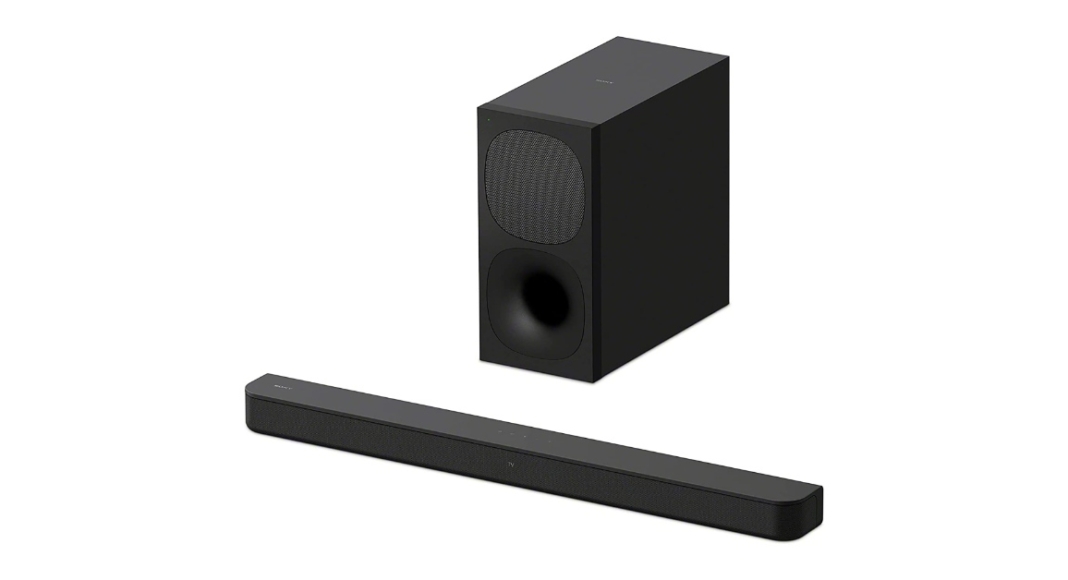 Today, Sony unveiled the 2.1-channel HT-S400 soundbar with a potent wireless subwoofer in the Indian market. The Sony soundbar system includes a 2.1-channel layout with a two-channel bar speaker and a separate wireless subwoofer. With the X-Balanced Speaker Unit, enjoy 2.1ch front surround sound and crystal-clear conversations. The audio device has a stated sound output of 330W. Cinematic surround sound is produced by S-Force PRO Front Surround and Dolby Digital.

The Sony HT-S400 soundbar has been launched in India with a price tag of Rs 21,990. The device will be available for purchase via Sony Center stores, well-known electronics merchants, significant e-commerce portals, and Sony’s own ShopAtSC online store in a single Black colour option.

The Sony HT-front S400’s speakers are equipped with an X-Balanced Speaker Unit, which has a distinctive rectangular form that maximises the diaphragm. Additionally, it maintains sound pressure while lowering driver excursion, which leads to less distortion and better vocal clarity. The X-Balanced Speaker Unit’s Separated Notch Edge enhances vertical amplitude symmetry, a crucial component of clear sound clarity. It accomplishes this by deliberately placing cuts along the edge, which help to reduce tension both inside and outside the diaphragm’s edge. Customers won’t ever miss a conversation during a fast-paced action scene or a subtly heated conversation thanks to these two characteristics.

A huge 160mm speaker unit and a strong wireless subwoofer are included with the soundbar to produce a deeper, richer bass sound. Watching movies and TV is more immersive thanks to a wireless subwoofer, 330W of total output, and an HDMI ARC one-cable connection. It is ideal for the fundamental home theatre because of its deeper, more engrossing bass performance in movies, music, and games.

The soundbar’s simple remote control, which blends a comfortable hand-fit design with simple operation, has been developed to give an intuitive user experience. Additionally, it makes it simple to choose between Night mode, which allows users to watch TV without waking the home, and Voice mode, which enhances speech clarity. The easy OLED display window on the soundbar, which provides status information on remote control tasks such as input source, volume, and sound settings, contributes to the convenience of use as well.

The Sony HT-S400 connects quickly and easily to Sony’s BRAVIA TV. The BRAVIA TV’s Quick Settings menu immediately displays the soundbar settings thanks to an integrated user interface, making it simple to adjust the sound settings and volume with the TV’s remote. The HT-S400 soundbar has been designed to easily receive audio wirelessly from a BRAVIA TV in order to reduce cable clutter.

Komila Singhhttp://www.gadgetbridge.com
Komila is one of the most spirited tech writers at Gadget Bridge. Always up for a new challenge, she is an expert at dissecting technology and getting to its core. She loves to tinker with new mobile phones, tablets and headphones.
Facebook
Twitter
WhatsApp
Linkedin
ReddIt
Email
Previous articleSimple guide: How to Drop a Pin on Google Maps on Mobile and Desktop like a pro?
Next article3 Amazing Ways Tech Has Simplified 21st Century Life