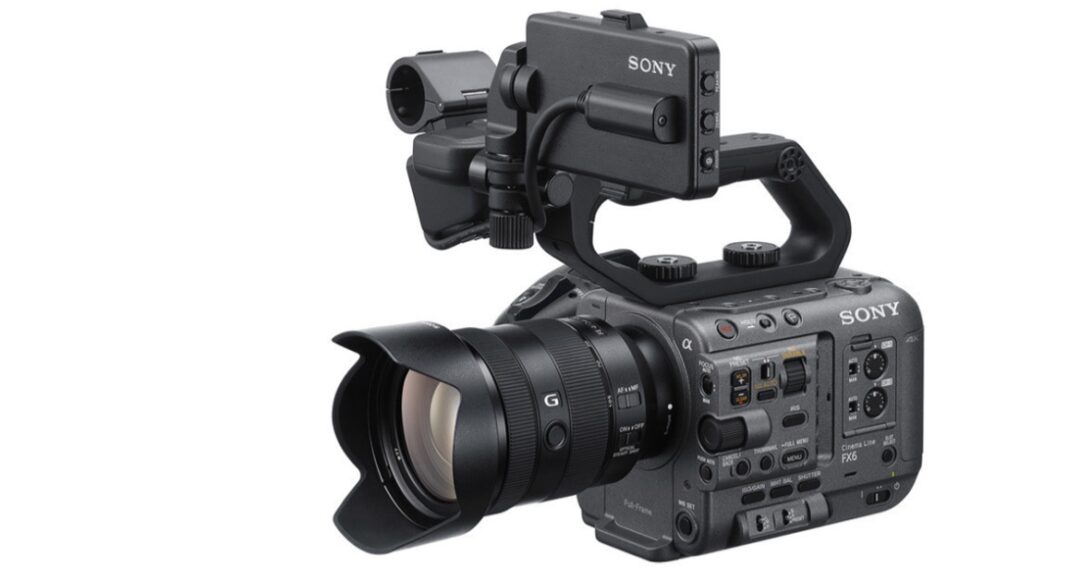 Sony has announced the FX6 (model ILME-FX6V) camera that’s a new entry in the company’s Cinema Line, a series of products that brings the company’s expertise in imaging technology to a broad range of filmmakers and content creators.

According to the company: The all-new FX6 incorporates Sony’s core technologies of image sensor, processing engine, and AF (autofocus) performance. It is compatible with the wide range of Sony E-mount lenses for creative flexibility.

Emphasising that the new FX6 is the latest example of Sony’s drive to continuously push the boundaries of imaging technology based on the needs of its customers, Neal Manowitz, deputy president of Imaging Products and Solutions Americas, Sony Electronics, said, “With the advancement of our Cinema Line, we are dedicated to enabling the extraordinary skills and talent of today’s content creators and cinematographers. The FX6 leverages technology from Sony’s industry-leading VENICE cinema camera and marries it with the best of Sony’s innovative Alpha mirrorless camera technology.”

As far as the full-frame Cinematic Image Quality is concerned, Sony has revealed that the new camera features a 10.2 MPiii full-frame back-illuminated Exmor R CMOS sensor that delivers a 15+ stop wide dynamic rangeiv with high sensitivity and low noise. FX6’s base sensitivity is ISO 800 with an enhanced sensitivity setting of ISO 12,800v – expandable up to 409,600vi – for shooting in low and very low light conditions. In addition to this, the FX6 also comprises of a BIONZ XR image processing engine that was earlier used in the new Sony Alpha 7S III camera.

Not only this, Sony’s FX6 offers Fast Hybrid AF that is compatible with more than 50 native E-mount lenses. The camera can also capture up to five times slow-motion with 4K (QFHD) 120fps. The new FX6 also offers internal electronic variable ND filters for easy and seamless control of the camera’s filter density. Combined with the camera’s ultra-high sensitivity, the electronic variable ND filter provides users with outstanding creative control in almost any shooting environment.

The FX6 is built with a durable magnesium alloy chassis and weighs just 1.96 pounds (0.89 kilograms). It also features a modular design allowing users to easily pair accessories, such as grips and viewfinders, or attach the camera to other mechanisms, such as gimbals and drones. This new device also showcases two media slots compatible with CFexpress Type A cardsix for higher overall capacity and faster read and write speeds in addition to SDXC UHS-II/UHS-I cards.

The new FX6 full-frame Cinema Line camera will be available in December and will be sold for approximately $5,999.99 USD and $8,048.99 CAD, at a variety of Sony’s authorized dealers throughout North America.