HomeOther TechAppsSoon WhatsApp will allow more than 4 participants in a group call...

The group calling feature is under development 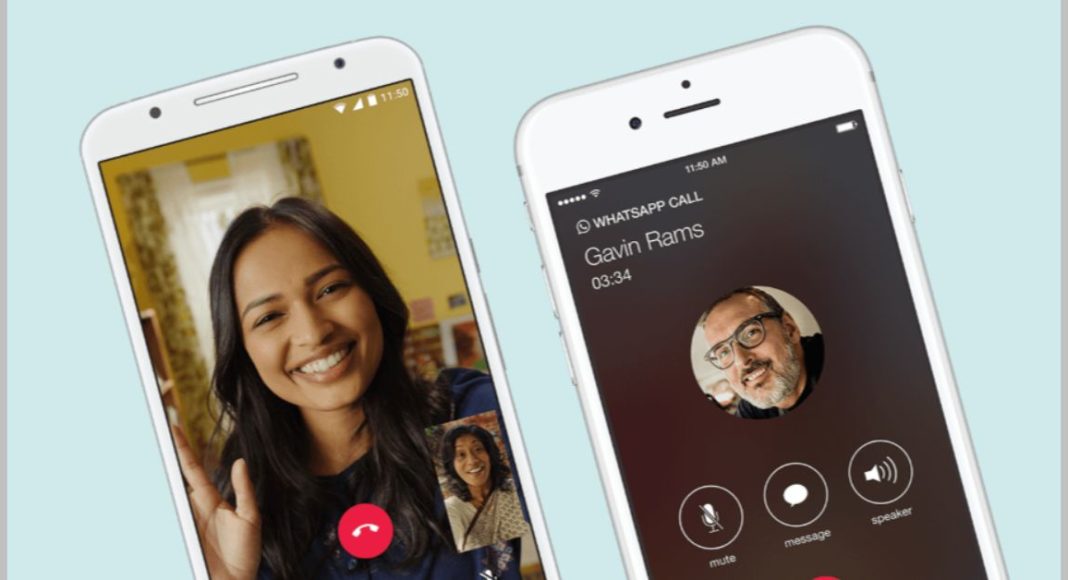 The popular social media app Whatsapp comes with a calling and video calling feature for free. At the moment both the features only allow one person to join a chat session so that you can have face to face conversation when you are stuck in a city far from your family and friends for free. It makes use of the phone’s internet connection so you don’t have to worry about expensive calling charges. But now the situation is different as most of the countries in the world have implemented lockdown or have asked its citizens to stay at home in view of the coronavirus pandemic. Due to health concerns the company has also asked its employees to take work from home instead of coming to the office. So in this condition, Whatsapp is losing its popularity as many apps have emerged as saviours for the public in the time of difficulty offering group video calling feature whereas at the moment WhatsApp only offers group chatting feature. Now it seems the company has taken this seriously and is working on its group video calling feature.

Soon the Facebook owned chatting app will be rolling out a group video calling feature on its platform which will allow more than four users who can join a video chat. A report has emerged on the web to prove that the developers seem to be working on the much-needed feature when everyone is practising social distancing to contain the spread of the COVID-19.

According to a recent report by WABetainfo currently, the group calling feature is under development which has been identified in the WhatsApp v2.20.128 beta and WhatsApp v2.20.129 for the Android platform. The report says the new Group Call Limit is under development in order to make it bugs free. The company is planning to extend the limit of participants in a group call in the next updates.

At the moment, some users are experiencing issues to make group calls using this update in the WhatsApp beta for Android 2.20.128. It is noticed that this might happen because people have not updated to the latest version of the app.

According to the report, “participants must use the latest WhatsApp version to be able to participate in a group call having the new limit. Actually, nobody knows what will be the new limit, but surely more than 5 participants in a group call. There is any release date available, but if WhatsApp wants to force people to update in order to call more than 4 people (including you), it means the feature might be rolled out soon.”

Komila Singhhttp://www.gadgetbridge.com
Komila is one of the most spirited tech writers at Gadget Bridge. Always up for a new challenge, she is an expert at dissecting technology and getting to its core. She loves to tinker with new mobile phones, tablets and headphones.
Facebook
Twitter
WhatsApp
Linkedin
ReddIt
Email
Previous articleMi Robot Vacuum-Mop P launched in India with an introductory price of Rs 17,999
Next articleDelhi government curfew e-Pass website goes down, here is how you can apply for an e-pass through other channels