All these features will be available to Apple Music subscribers at no additional cost. 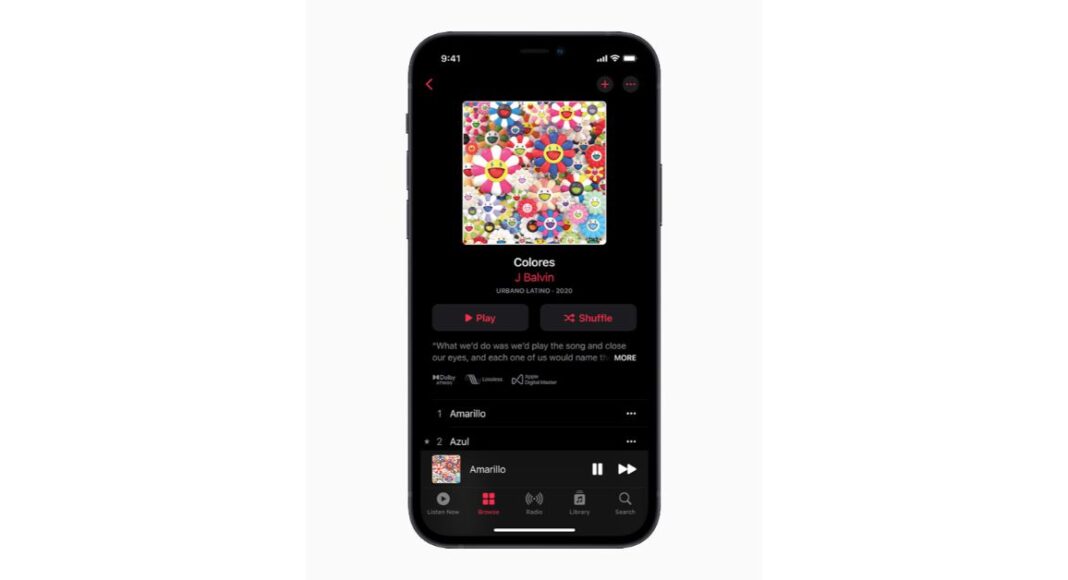 In order to provide industry-leading sound quality to subscribers, Apple has announced to bring Spatial Audio with support for Dolby Atmos to Apple Music. This new sound support is said to be coming to the Apple Music subscribers beginning June 2021. In addition to this, it will also enable lossless audio support to its entire audio catalogue and all these features will be available at no additional support.

Spatial Audio with Dolby Atmos and Lossless Audio are coming to Apple Music subscribers through its upcoming update. According to the Cupertino, California based company with the addition of Spatial Audio with support for Dolby Atmos will give artists the opportunity to create immersive audio experiences for their fans with true multidimensional sound and clarity. Whereas the Lossless audio will allow Apple Music subscribers to listen to more than 75 million songs in the highest audio quality with Lossless Audio — the way the artists created them in the studio. Apple says that it will be rolling out these features for its music platform starting next month at no additional cost.

While making the announcement Oliver Schusser, Apple’s vice president of Apple Music and Beats said, “Apple Music is making its biggest advancement ever in sound quality. Listening to a song in Dolby Atmos is like magic. The music comes from all around you and sounds incredible. Now we are bringing this truly innovative and immersive experience to our listeners with music from their favourite artists like J Balvin, Gustavo Dudamel, Ariana Grande, Maroon 5, Kacey Musgraves, The Weeknd, and so many more. Subscribers will also be able to listen to their music in the highest audio quality with Lossless Audio. Apple Music as we know it is about to change forever.”

As per the Apple Spatial Audio with support for Dolby Atmos to Apple Music will allow artists to mix music so the sound comes from all around and from above. However, Apple Music will automatically play Dolby Atmos tracks on all AirPods and Beats headphones with an H1 or W1 chip, as well as the built-in speakers in the latest versions of iPhone, iPad, and Mac by default. The company also promises to bring new Dolby Atmos tracks and albums that are available in Dolby Atmos will have a badge on the detail pages that they can be spotted easily.

When launched the Apple Music subscriber will be able to enjoy thousands of songs in Spatial Audio from some of the world’s biggest artists and music across all genres, including hip-hop, country, Latin, pop, and classical. Also to be able to provide new releases and the best catalogue tracks, Apple Music is working with artists and labels so that they can create music specifically for the Spatial Audio experience.

“Together, Apple Music and Dolby are making it easy for musicians, producers, and mix engineers to create songs in Dolby Atmos. Initiatives include doubling the number of Dolby-enabled studios in major markets, offering educational programs, and providing resources to independent artist,” the tech firm noted.

In addition to this Apple Music will also make its catalogue of more than 75 million songs available in Lossless Audio. The ALAC (Apple Lossless Audio Codec) is used by Apple to be able to preserve every single bit of the original audio file which means the users will get the same audio experience that the artists created in the studio.

To get started on Lossless Audio, subscribers using the latest version of Apple Music can turn it on in Settings > Music > Audio Quality. The Apple Music subscribers can choose different resolutions for different connections such as cellular, Wi-Fi, or for download. The Lossless tier starts at CD quality, which is 16 bit at 44.1 kHz (kilohertz), and goes up to 24 bit at 48 kHz and is playable natively on Apple devices. For the true audiophile, Apple Music also offers Hi-Resolution Lossless all the way up to 24 bit at 192 kHz.

It should be noted that the Spatial Audio with support for Dolby Atmos and Lossless Audio will be available to Apple Music subscribers at no additional cost.

Komila Singhhttp://www.gadgetbridge.com
Komila is one of the most spirited tech writers at Gadget Bridge. Always up for a new challenge, she is an expert at dissecting technology and getting to its core. She loves to tinker with new mobile phones, tablets and headphones.
Facebook
Twitter
WhatsApp
Linkedin
ReddIt
Email
Previous article
May 18 Flipkart Daily Trivia Quiz Answers: Answer to win exciting prizes
Next article
How to watch Google I/O 2021 live and what to expect