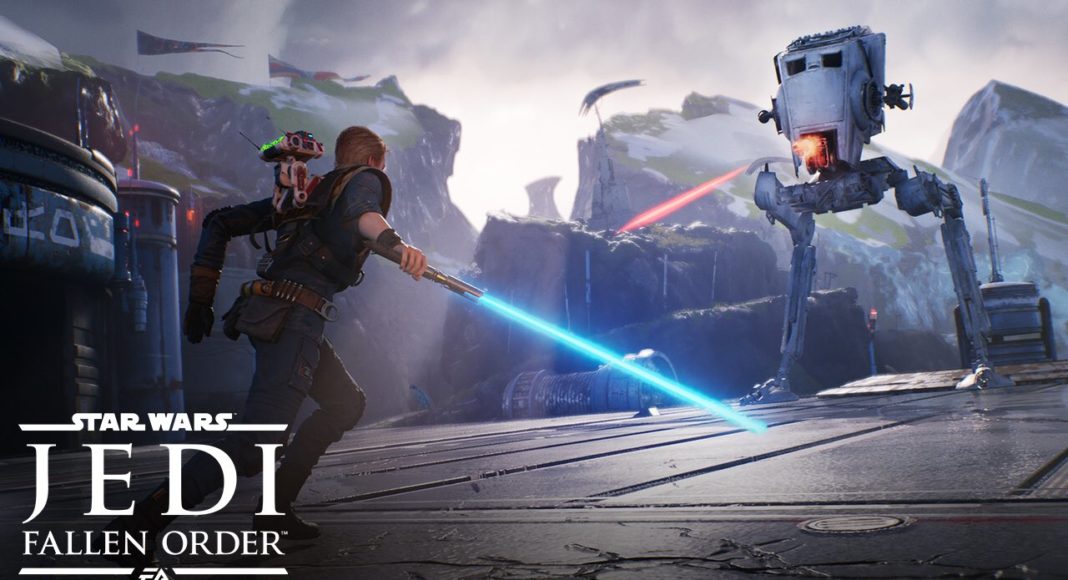 E3 is the annual event that all gamers look forward to because so many companies announce what they have up their sleeves for their gaming audience at the conference. E3 2019 is no different. Ahead of the E3 2019, Microsoft has already announced some details about its upcoming Xbox console. But that is not the only exciting thing that has been announced. Companies are also releasing their gameplay footages, trailers, and teasers to create the hype for their products before they are launched. One of these trailers is Star Wars Jedi: Fallen Order, which is one of the most awaited titles of 2019. Electronics Art (EA) has released 15 minutes long and uncut gameplay trailer for the upcoming Star Wars Jedi: Fallen Order.

The gameplay trailer takes place three hours in the actual game and the main character Cal Kestis (voiced and played by Cameron Monaghan) is no longer a Padawan. However, he has also not become a full-fledged Jedi. The footage shows that the game takes place on a Wookie Planet called Kashyyyk. This is the planet where the Wookies have been enslaved and the young Jedi protagonist will be working with a group of other soldiers to free the Wookies.

In the trailer, Cal is accompanied by a small droid named BD-1 who is as adorable as he is trustworthy, and as useful as the BB-8 and R2D2 from the past movies. The droid has his own unique voice, much like other droids before him and from the trailer, it seems to be extremely useful. There is also Forest Whitaker, who earlier played Gerrera in 2016’s standalone Star Wars movie named Rogue One: A Star Wars Story.

Coming to the graphics, the trailer reveals that it is still in its Alpha phase so it is subject to change. The planet and the surroundings where the actual game takes place is huge and engaging. It is laden with forest and other natural happenings like waterfall, unique animals and so on. But since it is in Alpha phase, nothing could be said about the graphics as it might be changed when the actual game launches.

Talking about the use of powers, we see that Cal is capable of using the Light Saber and can use the Force to do a number of tasks. There tasks include stopping the lasers mid-air, removing something from the path, using the Force while fighting to push enemies away or pull them in. The protagonist is also seen using other tools and his droid to navigate through the mission.

The Star Wars Jedi: Fallen Order will be launched for PlayStation 4, PC and Xbox One on November 15.

Aman Singhhttps://www.gadgetbridge.com/
Aman Kumar Singh has a Masters in Journalism and Mass Communication. He is a journalist, a photographer, a writer, a gamer, a movie addict and has a love for reading (everything). It’s his love of reading that has brought him knowledge in various fields including technology and gadgets. Talking about which, he loves to tweak and play with gadgets, new and old. And when he finds time, if he finds time, he can be seen playing video games or taking a new gadget for a test run.
Facebook
Twitter
WhatsApp
Linkedin
ReddIt
Email
Previous articleMicrosoft’s next generation Xbox to support 8K graphics, SSD storage
Next articleMicrosoft’s Xbox Elite 2 controller announced: Here are the key details