Gates and Jobs were cautious allies, bitter rivals and also friendly at times.

Microsoft co-founder Bill Gates and Apple co-founder Steve Jobs always shared a love-hate relationship. Some say that they never really got along too well. The world saw them being cautious allies working together and then as bitter rivals who weren’t subtle when it came to taking jabs at each other. But then, there were times when they seemed almost friendly. No one has been able to put a single word to describe what they shared.

Years after Jobs’ demise, Microsoft‘s Bill Gates has spoken about his leadership style. Gates reportedly said that the Apple co-founder was a master when it came to “casting spells” to keep employees motivated and working for long hours. But then, he has also added that Jobs’ was also an example of “don’t do this at home”, according to the report.

Speaking to Fareed Zakaria on CNN in an interview, he said, “I was like a minor wizard because he would be casting spells, and I would see people mesmerized, but because I’m a minor wizard, the spells don’t work on me.”

Gates also said, “I am yet to meet any person who in terms of picking talent, hyper-motivating that talent. He brought some incredibly positive things along with that toughness.” 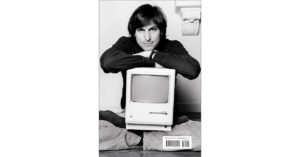 After Jobs’ death in 2011, Tim Cook took over the company as the CEO and under his leadership, the Cupertino-based technology giant has become a $1 trillion company. We should mention that it was the first ever company to cross that mark.

After Jobs’ death, Gates was quoted saying, “I respect Steve, we got to work together. We spurred each other on, even as competitors. None of [what he said] bothers me at all.”

Microsoft and Apple worked together in the latter’s initial years. Gates even flew down to Cupertino time and again to see what Apple was up to. The two companies worked together on the Macintosh computer and it was only in 1985 when the first version of Windows was announced that the two companies fell apart. Jobs claimed that Microsoft had ripped off the Macintosh. However, Microsoft’s Bill Gates did not agree. He famously said, “Well, Steve, I think there’s more than one way of looking at it. I think it’s more like we both had this rich neighbour named Xerox and I broke into his house to steal the TV set and found out that you had already stolen it.”

This was when their cordial relationship turned into the love-hate filled one that we know today.

Avani Baggahttp://www.gadgetbridge.com
Avani has an immense love for reading, travelling and food, but not necessarily in the same order. Avani almost started pursuing law, but life had other (better) plans for her and she chose to be a writer instead (luckily!) She previously covered technology at Times Internet and wrote about smartphones, mobile apps and tech startups. When she’s not writing, you’ll be able to find her in book stores or catching up on her social life.
Facebook
Twitter
WhatsApp
Linkedin
ReddIt
Email
Previous article
Samsung Galaxy Note 10 leaked renders give the best look at the handset so far
Next article
Redmi K20 gets listed on Flipkart ahead of launch