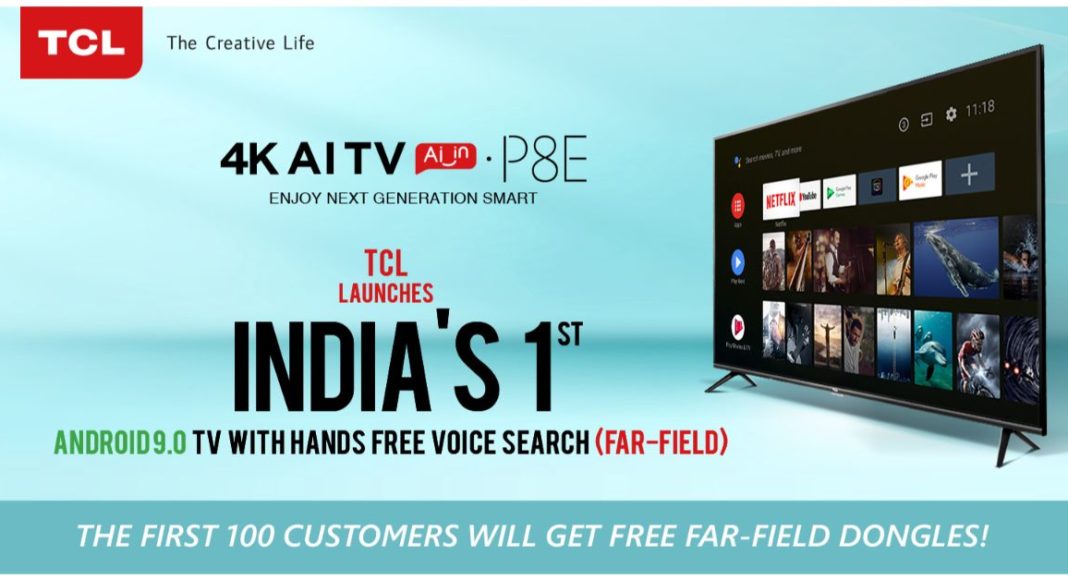 Chinese Electronics manufacturer TCL has launched its P8E 4K Android 9 TV in India. The 4K TV comes with the support of free voice search technology. The company has claimed that the bezel-less smart TV is India’s first of its kind innovations. TCL P8E 4K Android 9 TV will be available for sale on Amazon India starting 15 July.

Commenting on the latest launch, TCL India Country Manager Mr. Mike Chen, said “At TCL, we have been committed to delivering smart and innovative solutions that upgrades everyday living without causing a strain on one’s pocket. To the same end, we are excited to bring India’s very first 4K AI Android 9 Smart TV with Handsfree (Farfield) technology. The latest launch carries our 38 years of legacy forward, serving industry-leading innovations in AI & IoT to serve an integrated and immersive experience, within a price bracket that feels comfortable. We are affirmative that India’s growing number of tech and digital savvy users would appreciate this advanced offering and look forward to an affirmative response.”

TCL’s 4K AI Android 9 55-inch P8E Smart TV comes with the support of voice assistant and the company has said that user’s voice command reaches the TV and all the background sound is canceled in the process. This feature allows the user to control the TV right from switching it on or off, changing channels and setting programme reminders just by using voice. The voice interaction feature lets the user connect with other smart home devices such as robot sweepers, curtains, lights and more.

The TCL’s Smart TV 55-inch P8E TV is backed by Artificial Intelligence (AI). The AI-algorithm enhances the quality of the picture and auto-adjusts the brightness, contrast, and saturation. The AI also improves the signals, the volume of the speakers and allows the user to connect all their smart home devices. 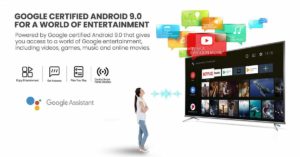 The smart TV is boosted by Android Pie (9.0) along with the latest version of OS. The feature also allows the user to enjoy movies, shows, and games from Google Play, YouTube, and other apps.

As we mentioned earlier, smart television is available for purchase on Amazon. The TCL’s 55-inch P8E smart TV is priced at Rs 82,990 but during the Amazon Prime Day sale, it can be purchased at a discounted price of Rs 40,999. In addition to this, buyers who purchase the Smart TV between July 15th and 16th will receive a free dongle before August 5th from TCL.

Komila Singhhttp://www.gadgetbridge.com
Komila is one of the most spirited tech writers at Gadget Bridge. Always up for a new challenge, she is an expert at dissecting technology and getting to its core. She loves to tinker with new mobile phones, tablets and headphones.
Facebook
Twitter
WhatsApp
Linkedin
ReddIt
Email
Previous article
Hotstar breaks previous records with a viewership of 25.3 million during India vs New Zealand World Cup match
Next article
Compare: Realme 3i and Realme 3