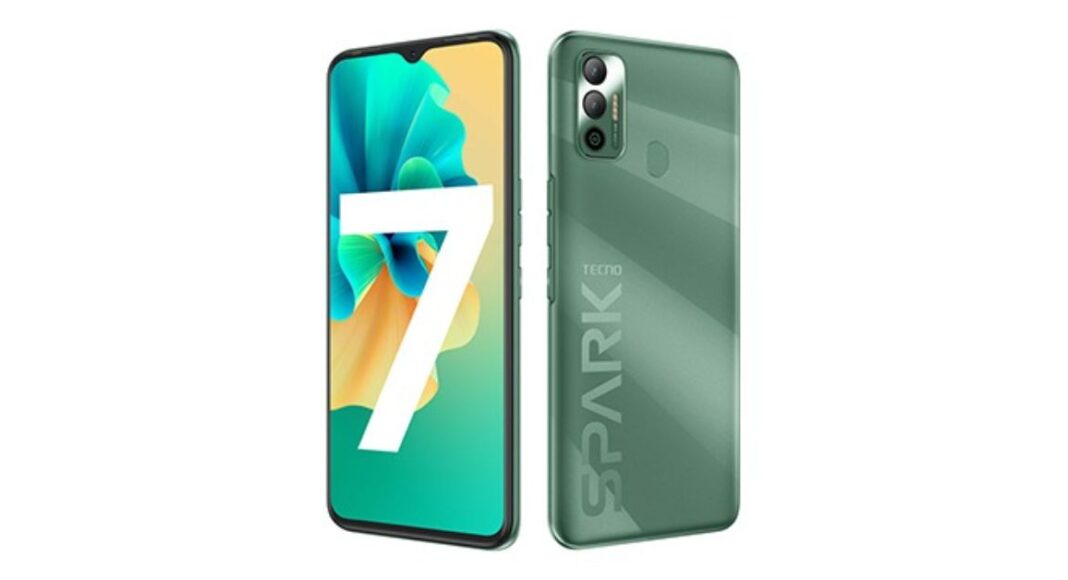 Tecno Spark 7 has officially made its debut in the Indian market today. The device is a follow up of Tecno Spark 6, which was introduced in the market last year. The key highlights of the smartphone include a 6,000mAh battery with AI power chagrin support, a dot notch display and a dual rear camera set up. The smartphone has been launched in two different configurations and will soon be available for purchase in the Indian market. Check out its specs price and availability details.

Tecno Spark 7 is an entry-level phone and comes with a 6.52-inch HD+ Dot Notch Display with 720×1,600 pixels of resolution. The display has a 20:9 aspect ratio, 90.34 per cent of screen-to-body ratio, and offers 480 nits of peak brightness. The device runs Android 11 Go edition with HiOS 7.5 on top for the 2GB RAM while other options run Android 11. The device is powered by two different processors. The 2GB RAM model with quad-core MediaTek Helio A20 SoC while the 3GB RAM with octa-core MediaTek Helio A25 SoC. For storing content it has 32GB and 64GB of storage options which is expandable up to 256GB via microSD card. 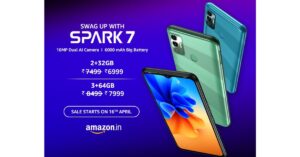 For photos and videos, this smartphone features a dual rear camera set up that includes a 16-megapixel main sensor with an f/1.8 aperture and an AI lens. While on the front there is an 8-megapixel selfie camera with f/2.0 aperture. The camera on the Spark 7 includes features such as time-lapse videos, slow-motion videos, bokeh mode, AI Beauty Mode and AI Portrait Mode.

Tecno Spark 7 is backed by a massive 6,000mAh battery, which is claimed to come with a standby time of 41 days, 42 hours calling time, 17 hours of web browsing, 45 hours of music playback, 17 hours of game playing and 27 hours of video playback. In terms of connectivity, there is 4G VoLTE, Wi-Fi, Bluetooth v5.0, GPS/ A-GPS, Micro-USB, and a 3.5mm audio jack. While sensors onboard include an accelerometer, ambient light, proximity sensor, and fingerprint sensor on the back of the phone.

The device is scheduled to go on sale on April 16 from 12 noon onwards via Amazon. But as a part of the launch offer the company will be offering the phone at an introductory price of Rs 6,999 and Rs 7,999 respectively.

Komila Singhhttp://www.gadgetbridge.com
Komila is one of the most spirited tech writers at Gadget Bridge. Always up for a new challenge, she is an expert at dissecting technology and getting to its core. She loves to tinker with new mobile phones, tablets and headphones.
Facebook
Twitter
WhatsApp
Linkedin
ReddIt
Email
Previous article
How to use the Face ID feature on supported Apple devices?
Next article
Nokia 5.4 review: Left us with mixed bag of feelings