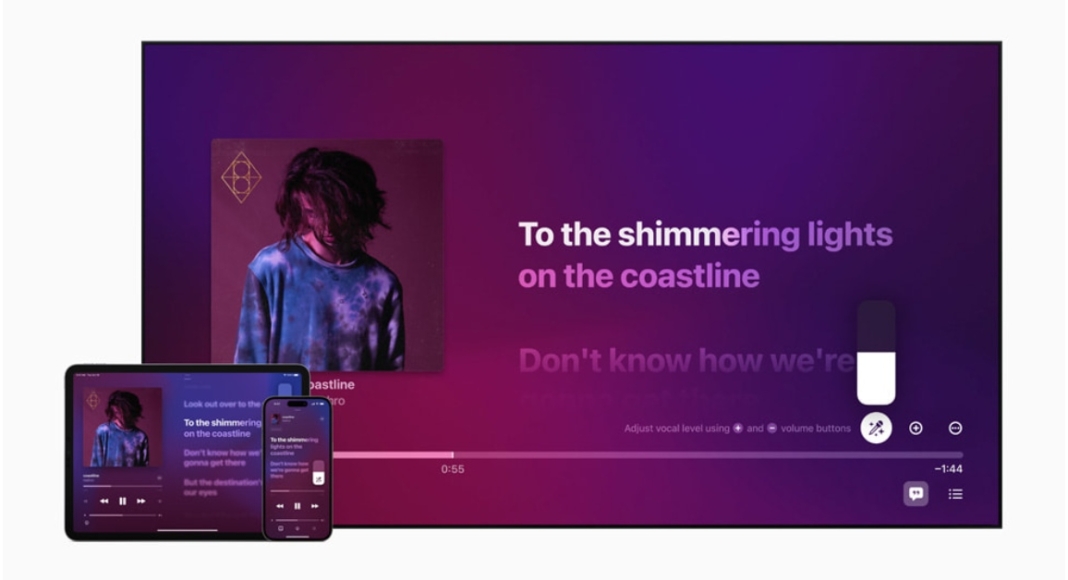 Apple has introduced a brand-new karaoke feature to its Apple Music App namely Apple Music Sing. This karaoke mode will allow users to increase the vocal level while singing along with the lyrics. The feature will also provide users access to more than 50 specific companion playlists.

While announcing the Music Sing to Apple Music app, Oliver Schusser, Apple’s vice president of Apple Music and Beats said, “Apple Music’s lyrics experience is consistently one of the most popular features on our service. We already know our users all over the world love to follow along to their favorite songs, so we wanted to evolve this offering even further to enable even more engagement around music through singing. It’s really a lot of fun, our customers are going to love it.”

Adjustable vocals are included in Music Sing. The vocal levels of a song can now be changed by users. On the millions of songs in the Apple Music library, they can sing alongside the original artist’s vocals, take the lead, or mix it up.

Users can sing along to their favourite songs with animated lyrics that dance to the beat of the singing using real-time lyrics.

On the other hand, vocal lines can move independently of the main voice to make it easier for listeners to understand. Multiple vocalists are displayed in Duet view on separate sides of the screen, making duets and tracks with multiple singers simple to sing along to.

According to the company, a collection of over 50 specially curated companion playlists for Music Sing will also be released, encompassing all of the iconic songs, duets, choruses, and anthems that have inspired people to sing all over the world.

On iPhone, iPad, and the brand-new Apple TV 4K, Apple Music Sing will be accessible to all Apple Music subscribers later this month.

Komila Singhhttp://www.gadgetbridge.com
Komila is one of the most spirited tech writers at Gadget Bridge. Always up for a new challenge, she is an expert at dissecting technology and getting to its core. She loves to tinker with new mobile phones, tablets and headphones.
Facebook
Twitter
WhatsApp
Linkedin
ReddIt
Email
Previous article
Best Methods to Block Your Number and Hide Your Caller ID on apps like Truecaller
Next article
Top upcoming smartphones with Qualcomm Snapdragon 8 Gen 2