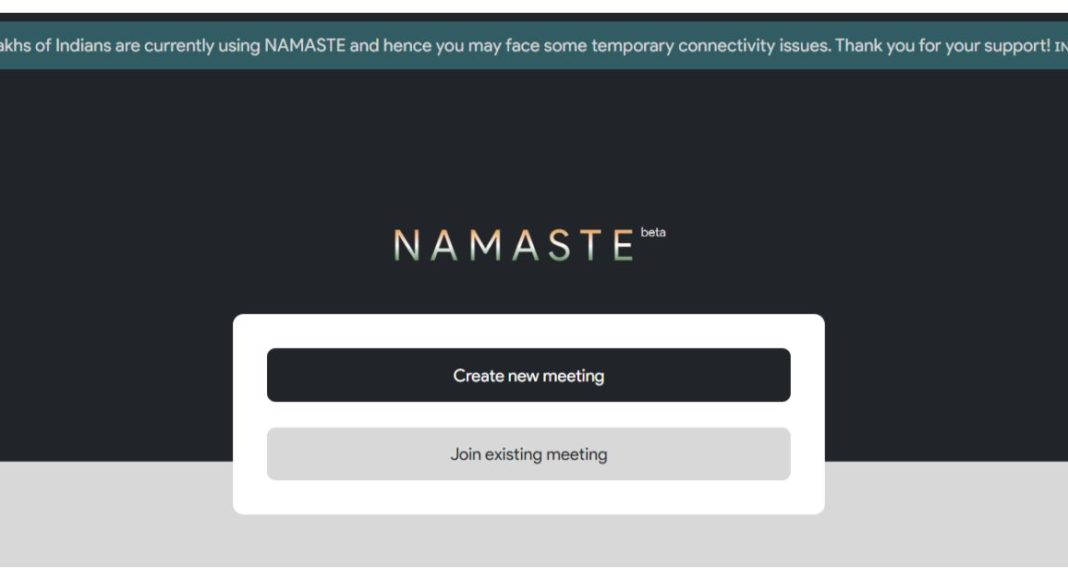 In order to take on Zoom video conferencing app  Indian government has launched an alternative to the app called Namaste. Basically it is not an app, it is a video conferencing platform which has been introduced by the government due to security and privacy-related concerns related to the Zoom app which suddenly gained popularity during the lockdown.

The Indian government has imposed lockdown in the country to contain the spread of coronavirus. Due to this the empress in the government, as well as the private sector, have taken up work from home. Also, Federal cyber-agency CERT-In released an advisory for the increased cyber-attacks on virtual private networks. So the government asked its employees to refrain from using the Zoom app for official purposes also in the government offices. Now it has found an alternative to the app and has introduced its  online tool called “Say Namaste”

Those who are also concerned about their privacy and security can use it as an alternative to the Zoom app. This platform works just like Zoom in which you can create a meeting link and share it with the participants, also allowing group video calls.

According to a report the Namaste video conferencing platform has been designed and developed by Inscripts which is a Mumbai-based web application and software development company. The report says that the app version is likely to get launched by this week for the  Android and iOS users.

The app is currently under the beta testing which means the app’s security features are still unpatched and contains bugs on which the company is still working on which is still unsafe and you cannot totally rely on this app.

You do not need to download or install tool for laptops or desktop platforms. The user can create or join a meeting by visiting their website. You can invite other users to a conference call using a meeting link and a code. To make a call it will request for your camera as well as microphone access which can be turned off when you are on a call.

How to use Namaste for hosting a meeting?

Komila Singhhttp://www.gadgetbridge.com
Komila is one of the most spirited tech writers at Gadget Bridge. Always up for a new challenge, she is an expert at dissecting technology and getting to its core. She loves to tinker with new mobile phones, tablets and headphones.
Facebook
Twitter
WhatsApp
Linkedin
ReddIt
Email
Previous article
Canon unveils its new Cinema EOS C300 Mark III camera in India
Next article
Facebook Gaming app launched for Android users, supports Livestream