The device comes in two screen sizes- 11 inches and 12.9 inches. 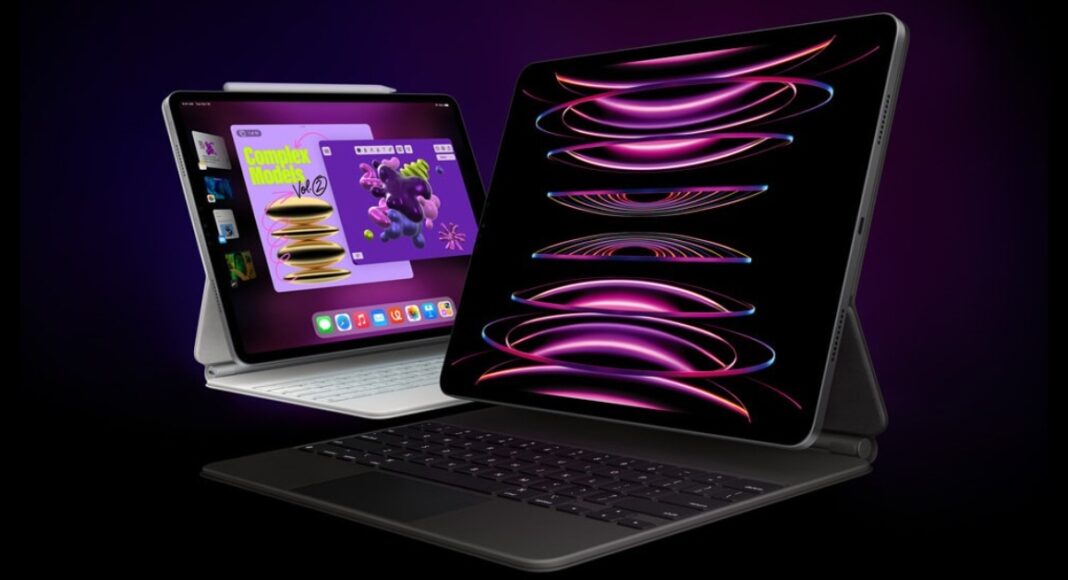 The new iPad Pro has been officially unveiled by Apple. The new iPad Pro has professional cameras, Face ID, Thunderbolt, and a four-speaker audio system. The device is equipped with an Apple M2 CPU. The new iPad Pro will be available in 11-inch and 12.9-inch models and comes pre-installed with iPadOS 16. It also has speedy wireless connectivity and a next-generation Apple Pencil hover experience. Stage Manager, full external display support, desktop-class apps, and Reference Mode are just a few of the new features in iPadOS 16 that advance professional workflows on the iPad.

Starting today, you may order the new iPad Pro; on Wednesday, October 26, it will be in shops.

According to the company, the iPad Pro with a larger screen can reach peak brightness levels of up to 1000 nits when used normally and 1600 nits when HDR material is present. True Tone and P3 broad colour gamut reproduction are supported by both panel types. Users will be able to set up the perfect workspace and work with up to four apps on the iPad and up to four apps on the external display thanks to Stage Manager, which will unlock full external display capability with resolutions of up to 6K. 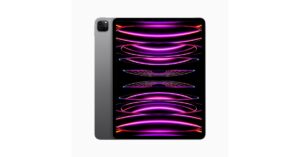 Both iPads benefit from Apple’s newest M2 SoC, which has a 10-core GPU that can give up to 35 percent better graphics performance for the most demanding users, an 8-core CPU that is up to 15 percent quicker than M1 and improvements to both performance and efficiency cores. The 16-core Neural Engine can execute 15.8 trillion operations per second when combined with the CPU and GPU, which is 40% more than M1 and makes the iPad Pro even more effective at handling machine learning tasks. Additionally, the M2 chip supports up to 16GB of fast unified memory and offers 100GB/s of unified memory bandwidth, which is 50% more than M1 did. This increases the efficiency of multitasking and dealing with huge files.

Hover with the second-generation Apple Pencil gives users a completely new way to interact with their screen, powered by the new iPad Pro and iPadOS 16. Users can now preview their mark before they make it because Apple Pencil is now detected up to 12 mm above the display. Additionally, users are now able to sketch and illustrate with even more accuracy. For instance, Scribble’s text boxes automatically enlarge as the pencil approaches the screen, and handwriting is significantly more quickly converted to text. This new functionality can be utilised by third-party apps to offer completely unique marking and drawing experiences.

With compatibility for Wi-Fi 6E, the new iPad Pro offers the quickest Wi-Fi connections, allowing customers who require quick connections to travel with their demanding workflows. Download speeds can reach 2.4Gb/s, which is two times quicker than the previous version. More 5G networks are now supported by Wi-Fi + Cellular devices with 5G (sub-6GHz and mmWave4), allowing users to access their files, connect with coworkers, and quickly back up their data.

Komila Singhhttp://www.gadgetbridge.com
Komila is one of the most spirited tech writers at Gadget Bridge. Always up for a new challenge, she is an expert at dissecting technology and getting to its core. She loves to tinker with new mobile phones, tablets and headphones.
Facebook
Twitter
WhatsApp
Linkedin
ReddIt
Email
Previous article
Garena Free Fire Redeem Codes Today 19 October 2022: Here is how to claim them
Next article
Apple introduced an all-new iPad with a 10.9-inch Liquid Retina display