Oppo K10 5G will be featuring a unique design and specification. 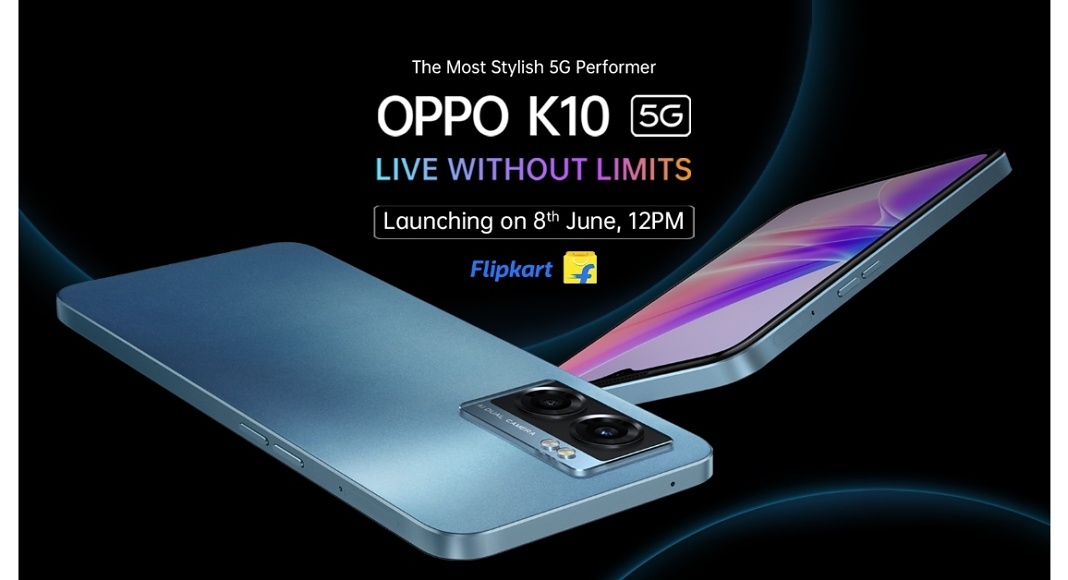 Oppo K10 5G has been confirmed by the Chinese business that it will be arriving in the nation on June 8. The upcoming smartphone is not the same as the one that was revealed in China in April. Following the introduction, the K10 5G will be available for purchase on Flipkart, retail locations, and Oppo’s online shop, according to the firm. The phone is also said to have a premium 5G processor and support for lightning-fast charging.

Flipkart has set up a microsite to promote the Oppo K10 5G’s upcoming debut in India. The phone will be available in two colours, according to Flipkart.

The Indian model has a flat shape with a waterdrop notch instead of a punch hole in the display. In addition, the smartphone sports two LED flash modules inside the rectangular camera island on the back, which houses two cameras rather than three like the Chinese K10 5G. Oppo hasn’t released the Indian Oppo K10 5G’s specifications yet but as per the company, the phone will sport the Oppo Glow design and a fingerprint and scratch-resistant back.

The Oppo K10 5G in China, on the other hand, has a 6.59-inch hole-punch display with a 120Hz refresh rate. The phone was equipped with three rear cameras and was powered by a MediaTek Dimensity 8000-Max SoC. It also came with a 67W fast charger.

The device will run Android 12 out of the box with ColorOS 12.1. The phone is also believed to be equipped with an octa-core MediaTek Dimensity 810 SoC, 8GB of LPDDR4X RAM, and 128GB of UFS 2.2 storage.

It would have a 48-megapixel primary sensor on the back and a 2-megapixel depth sensor on the front, as well as an 8-megapixel selfie camera sensor. The 5,000mAh battery on the Oppo K10 5G in India is reported to allow 33W fast charging. Dual speakers and a fingerprint sensor on the side are reportedly rumoured to be included.

Komila Singhhttp://www.gadgetbridge.com
Komila is one of the most spirited tech writers at Gadget Bridge. Always up for a new challenge, she is an expert at dissecting technology and getting to its core. She loves to tinker with new mobile phones, tablets and headphones.
Facebook
Twitter
WhatsApp
Linkedin
ReddIt
Email
Previous article
Moto G82 5G India launch to take place on June 7, gets listed on Flipkart
Next article
Smartphone comparison: Moto E32s Vs Redmi 10A