The price of the Poco F4 5G has been leaked ahead of its launch: Details inside

More key specifications have been confirmed by the company. 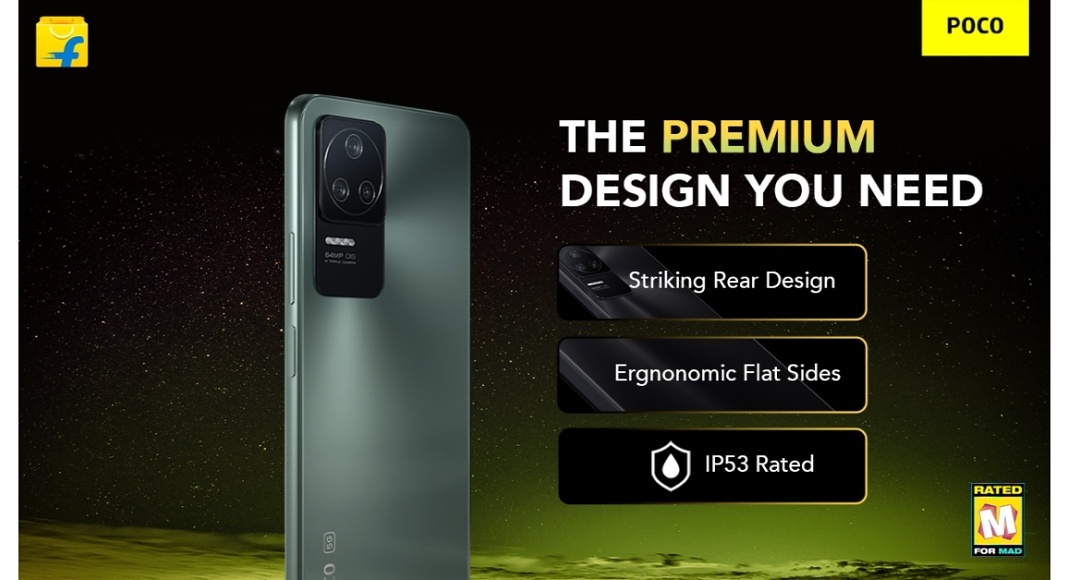 Recently Poco announced that the Poco F4 5G smartphone worldwide and its Indian debut will take place very soon. Poco had previously stated that a smartphone in its F series would be released soon but had not disclosed the name. At the time, the company had only confirmed no information about its specifications, pricing, or availability was available. The Qualcomm Snapdragon 870 chipset has already been confirmed by the company now the price information has also been leaked.

An authorised Xiaomi retailer has released the global price of the POCO F4 5G. According to the poster, the POCO F4 will be available in a single form worldwide and will cost $459 translating to Rs 35,000.

What if we tell you that the POCO F4 5G will also have a whopping 12GB LPDDR5 RAM? Get ready to experience true power.#EverythingYouNeed #MadeOfMAD pic.twitter.com/Pi2zCD57Px

In India, it is expected to cost Rs 26,999, with bank discounts bringing the price down to Rs 23,999. If the rumoured pricing is correct, it will be the cheapest Snapdragon 870-powered phone on the market.

The new Poco phone is expected to make its global premiere in India in the near future. Rumours claim it could simply be a rebranded version of the Redmi K40S. Qualcomm’s Snapdragon 870 SoC will power the Poco F4 5G, the company said. The Redmi phone had the same Snapdragon 870 SoC as the Xiaomi phone, as well as a triple rear camera configuration and a 120Hz AMOLED display.

The Poco F4 GT, which arrived in Europe in April as a rebranded version of the Redmi K50 Gaming Edition, is one of the most recent examples that the company usually launches repackaged Redmi phones in India and other territories under its own brand name.

Other data about the Poco F4 5G is still unknown. It’s worth noting, though, that the Poco F3 was introduced with a Snapdragon 870 SoC, the same as this year’s model. However, that model did not make it to India.

The Poco F4 5G is expected to come with a 6.67-inch Full HD+ AMOLED display with a 120Hz refresh rate, and a punch-hole cutout for the selfie camera. The Qualcomm Snapdragon 870 chipset will be used, along with up to 12GB of LPDDR5 RAM and 256GB of UFS 3.1 storage, according to the business. The phone is expected to run Android 12 with the MIUI 13 overlay.

Komila Singhhttp://www.gadgetbridge.com
Komila is one of the most spirited tech writers at Gadget Bridge. Always up for a new challenge, she is an expert at dissecting technology and getting to its core. She loves to tinker with new mobile phones, tablets and headphones.
Facebook
Twitter
WhatsApp
Linkedin
ReddIt
Email
Previous article
OnePlus is considering restricting the Alert Slider to Pro Models and Oppo Flagships
Next article
How old is your Gmail account? Check the exact date when you created your Gmail account