This Chrome extension can ‘transform’ Gmail into Inbox for Gmail 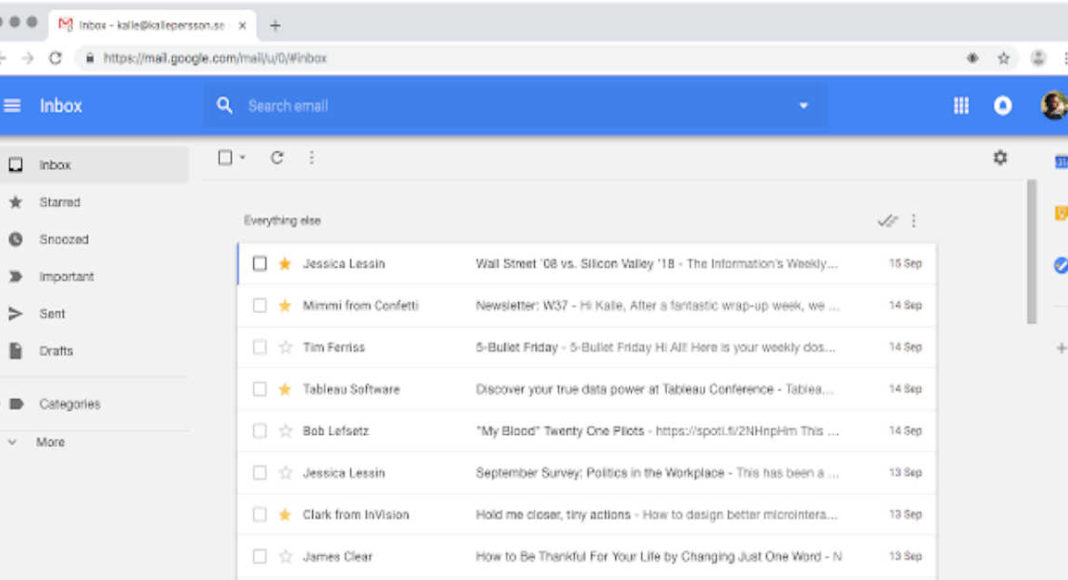 Inbox by Gmail has finally bid farewell to the world today. The app never garnered as much popularity as Gmail enjoys, but some users really loved Inbox because of the useful features that it offered. Launched in 2014, the app survived for almost five years before it was killed off by its parent company.

However, before the app was removed from the face of the earth, a Chrome extension emerged that can be used to transform Gmail into a service that looks more like Inbox. Dubbed Inbox for Gmail, the Chrome extension can be downloaded via the official Chrome Web Store. But it is worth mentioning that the new extension has been made by a team of developers in Sweden and comes with a number of UI elements that Inbox for Gmail had.

If you are someone who is going to miss Inbox for Gmail, you will love this extension. But it is worth pointing out that the extension is nowhere affiliated with the official Inbox for Gmail service.

According to the listing of the extension on Chrome Web Store, the Inbox Theme for Gmail gets the experience of Google Inbox to Gmail. It gives users a clean and organised design on Gmail, that was earlier available exclusively on Inbox by Gmail. On installing the extension, you would be able to see the mix-and-match of grey and grey and white colours on your Gmail account.

Furthermore, the extension will also transform the top bar of the email service with colour schemes on the mailbox components that are active on the screen. So, if you are looking at your Inbox, the top bar will be shown in a vivid Arctic Blue colour, while it changes to a bright Orange when you look at Starred messages.

However, while the extension manages to add the look and feel of Inbox for Gmail to Google’s current email service, it does not get any of the renowned features that Inbox was known for.

But it is worth adding here that in the last few months, Google has added a number of features from Inbox for Gmail to Gmail. Smart Reply, Nudges, and inline attachments are among the Inbox for Gmail features that have now been added to Gmail. However, since only some of the features that Inbox users loved made their way to Gmail and many are not available even now, many users feel that using Gmail after being accustomed to Inbox is more of a downgrade.

If you wish to download the extension you can head to Chrome Web Store and look for Inbox Theme for Gmail. The extension will soon work with Firefox and Safari too.

Avani Baggahttp://www.gadgetbridge.com
Avani has an immense love for reading, travelling and food, but not necessarily in the same order. Avani almost started pursuing law, but life had other (better) plans for her and she chose to be a writer instead (luckily!) She previously covered technology at Times Internet and wrote about smartphones, mobile apps and tech startups. When she’s not writing, you’ll be able to find her in book stores or catching up on her social life.
Facebook
Twitter
WhatsApp
Linkedin
ReddIt
Email
Previous article
WhatsApp now lets you decide who can add you to Groups
Next article
Oppo A7n with dual-rear cameras and 16MP selfie camera launched: Price and specifications