Three mobile games featuring the Valiant Hearts, Mighty Quest, and Assassin’s Creed universes are being developed by Netflix and Ubisoft

As per the company each game will be announced at a later date. 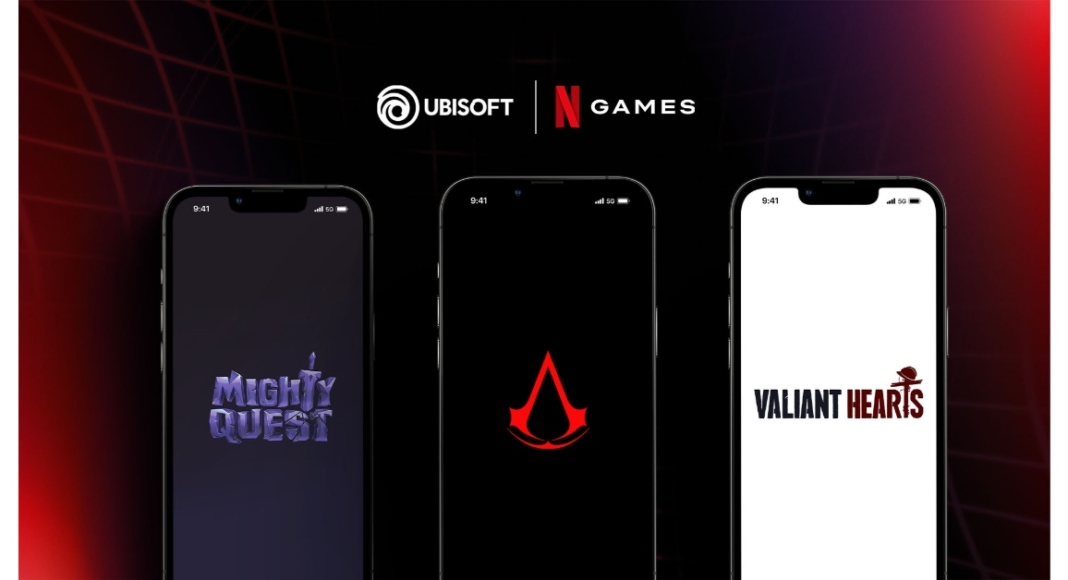 Popular video streaming platform Netflix in partnership with Ubisoft has announced its plans to launch three mobile games for Netflix. These three games were introduced at Ubisoft’s annual digital event Ubisoft Forward, which will expand on the Valiant Hearts, Mighty Quest, and Assassin’s Creed universes. As per the company each game will be announced at a later date.

Mike Verdu, Vice President of Games, Netflix said, “We’re thrilled to work with Ubisoft, whose track record creating memorable worlds for fans is unmatched. This partnership will provide our members with exclusive access to some of the most exciting game franchises as we continue to build a catalogue of great mobile games for our members around the world.”

Beginning in 2023, three mobile games from some of the most well-known video game properties will be produced by Netflix and Ubisoft. The three games, which were first revealed at Ubisoft’s annual digital conference Ubisoft Forward, will build upon the Valiant Hearts, Mighty Quest, and Assassin’s Creed universes and will be exclusively accessible to Netflix subscribers worldwide on mobile devices without any ads or in-app purchases.

In January 2023, it will be accessible to Netflix subscribers. The Mighty Quest will launch on Netflix in 2023 with a new game following the widely renowned The Mighty Quest for Epic Loot mobile game. This time, the game will take cues from the roguelike subgenre to create a unique and incredibly replayable experience that honours the series’ original hack-and-slash combat.

In addition to the previously announced live-action series, an entirely new mobile game is being created specifically for Netflix, so fans of Assassin’s Creed will have more than one opportunity to immerse themselves in the Assassin’s Creed universe on the streaming service.

“As we continue to create great experiences on all platforms, we’re glad to be partnering with such an innovative and creative partner as Netflix,” says Jean-Michel Detoc, Chief Mobile Officer, Ubisoft. “I believe that this partnership will be a great opportunity for Netflix members to further explore our worlds and universes on mobile.”

Komila Singhhttp://www.gadgetbridge.com
Komila is one of the most spirited tech writers at Gadget Bridge. Always up for a new challenge, she is an expert at dissecting technology and getting to its core. She loves to tinker with new mobile phones, tablets and headphones.
Facebook
Twitter
WhatsApp
Linkedin
ReddIt
Email
Previous articleAmazon Quiz Answers Today 13 September 2022: Participate to win Rs 500
Next articleHow to easily fix Samsung Galaxy M series ‘Touchscreen Not Working’?