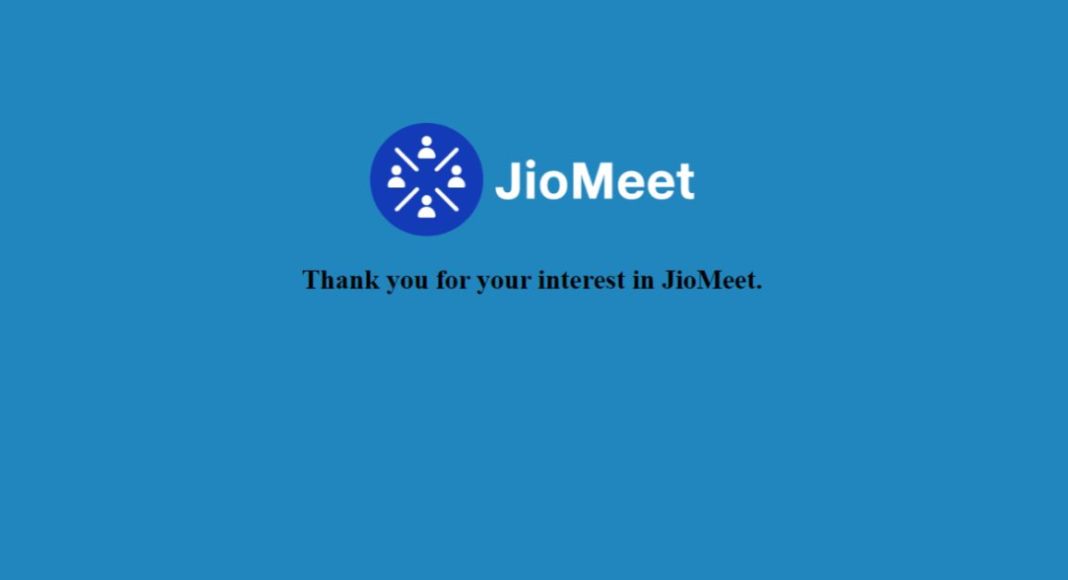 With the JioMeet app Reliance Jio forays into the video conferencing territory. Reliance Jio Industries announced the arrival of the new app while announcing its quarterly earnings. The company launched the video conferencing app to take on other platforms such as Zoom, Google Meet and Microsoft Teams who are already running the industry. These are the most popular apps that are widely being used by everyone while staying connected with their loved ones or while working from home hosting virtual meetings.

Zoom is already under scrutiny due to security concerns. Recently, the Indian government warned its employees about using video conferencing app Zoom for official purposes. The app has become popular amongst people during the nationwide lockdown. Many other companies such as Google have also asked its employees to refrain using the app.

The JioMeet app can be used as an alternative to the app due to an increase in demand for video conference platforms in the country. The app comes with features such as it is compatible with any device, any operating system and is capable of doing collaborations. Meaning you can not only use the app for video calling but it can be used to consult a doctor to get prescriptions.

Furthermore, the company aims to collaborate with the education platforms for creating virtual classrooms for teachers as well as students. They would be able to use its submit assignments and ability to take virtual tests. In India, the coronavirus cases are rising so to contain the spread of COVID-19 the Indian Government has imposed lockdown in the country so all the schools and other educational institutions, businesses and offices remain closed.

The JioMeet app allows up to 100 participants to join a video call. Whereas both Google Meet and Zoom also comes with the same capability. Recently social media platforms Facebook also launched Messenger Rooms that allows up to 50 people in a single call.

Komila Singhhttp://www.gadgetbridge.com
Komila is one of the most spirited tech writers at Gadget Bridge. Always up for a new challenge, she is an expert at dissecting technology and getting to its core. She loves to tinker with new mobile phones, tablets and headphones.
Facebook
Twitter
WhatsApp
Linkedin
ReddIt
Email
Previous article
Live image of OnePlus Z leaked on the web, to come with a punch-hole design display
Next article
Tech Master Class Episode 2 with Gagan Arora, iQOO India