The app currently covers around 23 states and union territories, as well as about 20 central government ministries. The data was obtained directly from the government and through authorised government sources. 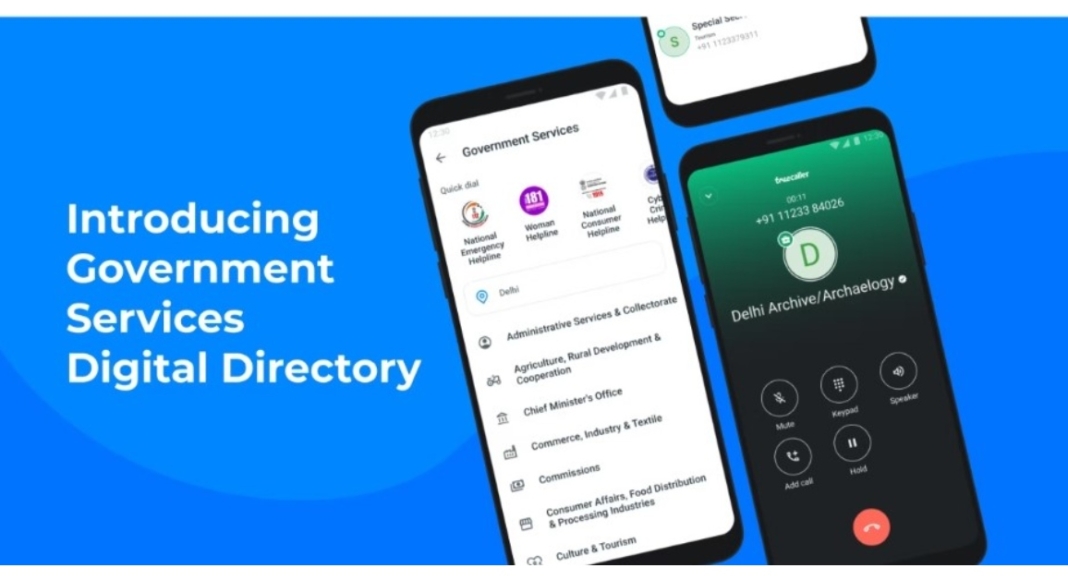 Digital directory for India’s national and state governments has been made public by Truecaller. By providing quick access to verified contacts for government officials, this would enable users to communicate with the government in an effortless manner.

India now has access to Truecaller’s digital government services directory for Android phones. Users now have verified contacts of important government officials and authorities at their fingertips, from national hotline numbers to numbers for ministries and bureaucrats. The app currently covers around 23 states and union territories, as well as about 20 central government ministries. The data was obtained directly from the government and through authorised government sources.

Users of the Truecaller app have access to helplines, law enforcement, embassies, educational institutions, hospitals, and other important departments of around 23 states, including union territories, through the online government directory. Direct government sources and authorised government sources have provided this information. With this project, the public’s access to government representatives will be facilitated and streamlined, and the over 240 million Indian Truecaller users would be given easy access to the government.

While announcing the feature the company said, “Based on interactions with netizens and relevant stakeholders, Truecaller has learnt that one of the most pervasive scams on the phone involves impersonation of government officials. The creation of a verified government contact directory is a continuation of Truecaller’s efforts to build trust in communication and protect our users from frauds and scams. Users will see a green background and a blue tick, indicating that the number is verified. Truecaller is working with different government departments to expand the directory and is looking at adding contacts at the district and municipal levels in the next phase, based on user feedback. Truecaller has also created a simple process for any government agency to share information and get verified on the directory.”

You will notice a green background and a blue tick, signifying that the number is validated, when the phone rings. By doing so, the new function will also shield you from scammers who might mimic government service providers, protecting you from the negative effects of impersonation.

Commenting on the launch of the feature, Pragya Misra, Director of Public Affairs, Truecaller said, “Truecaller has evolved to become more than just a Caller Identification app and is today bridging the digital divide between the urban and growing semi-urban/rural markets in India by enabling trust in digital communication. Our attempt is to protect people from widespread impersonation of government officials leading to scams and frauds. We believe that with this feature, citizens can easily reach out to the right authorities when in need. This is a first-of-its-kind digital directory of government numbers and we will keep improving on it based on user feedback. We will continue to align our efforts to make communication safe by building trust.”

Komila Singhhttp://www.gadgetbridge.com
Komila is one of the most spirited tech writers at Gadget Bridge. Always up for a new challenge, she is an expert at dissecting technology and getting to its core. She loves to tinker with new mobile phones, tablets and headphones.
Facebook
Twitter
WhatsApp
Linkedin
ReddIt
Email
Previous article
Garena Free Fire Redeem Codes Today 7 December 2022: Here is how to claim them
Next article
Best Methods to Block Your Number and Hide Your Caller ID on apps like Truecaller