The users can now block the accounts for seven days for using potentially harmful language. 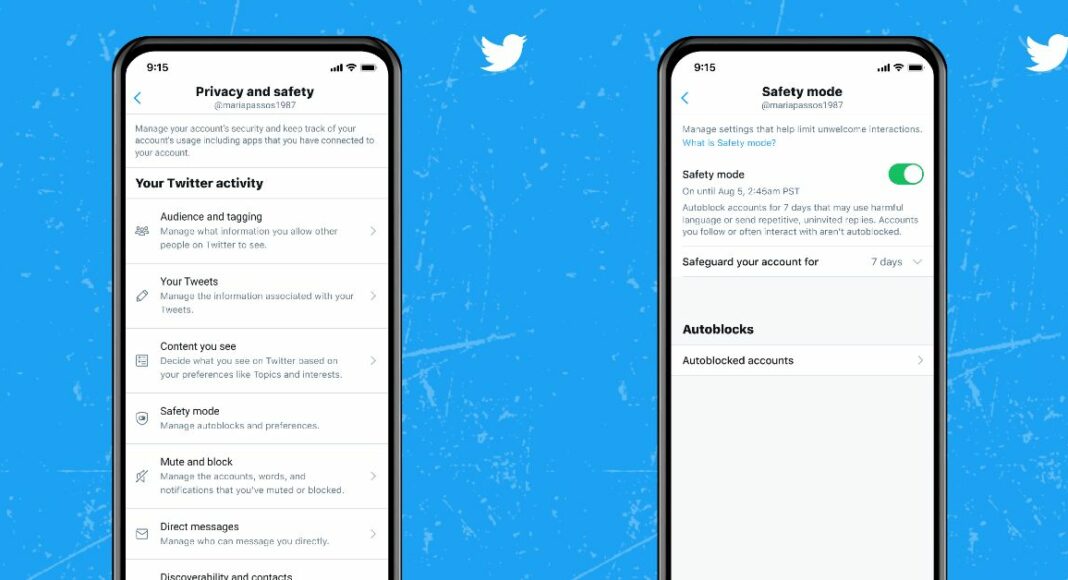 Microblogging platform Twitter introduced a new safety feature called Safety Mode on its platform. This safety function will be available to iOS, Android, and Twitter.com. As of now, the functionality is available to a limited number of users to block accounts for using potentially harmful language.

Twitter’s new Safety Mode is now rolling out and aims to reduce disruptive interactions. The safety feature is being released to a small feedback group on iOS, Android, and Twitter.com, beginning with accounts that have English-language settings enabled.

This enables users to temporarily block accounts for seven days for using potentially harmful language — such as insults or hateful remarks — or sending repetitive and uninvited replies or mentions. The Safety Mode on Twitter can be easily turned on from the setting. When this functionality is enabled the company’s systems assess the likelihood of a negative engagement by considering both the Tweet’s content and the relationship between the Tweet author and replier.

“Our technology takes existing relationships into account, so accounts you follow or frequently interact with will not be auto blocked,” as stated by the social media platform.

As per Twitter if someone’s tweet is found to be harmful or uninvited will be autoblocked, meaning they’ll temporarily be unable to follow your account, see your Tweets, or send the user Direct Messages.

However, the users will be able to find info related to the Tweets flagged through Safety Mode and view the details of temporarily blocked accounts at any time. Also when each Safety Mode period ends they will receive a notification recapping this information.

With the launch of Safety Mode, Twitter attempts to protect the individual on the receiving end of Tweets by reducing the prevalence and visibility of harmful remarks. Like we told you earlier this function is being tested on a limited number of users but Twitter is working to make this feature available to everyone.

Komila Singhhttp://www.gadgetbridge.com
Komila is one of the most spirited tech writers at Gadget Bridge. Always up for a new challenge, she is an expert at dissecting technology and getting to its core. She loves to tinker with new mobile phones, tablets and headphones.
Facebook
Twitter
WhatsApp
Linkedin
ReddIt
Email
Previous articleTwitter announced the Super Follows feature on its platform, a new way for creators to generate income: How can you set up a super follow subscription?
Next articleSeptember 3 2021 Amazon Quiz answers: Participate and win exciting prizes