Would you want to be a part of this?

Microblogging website Twitter is primarily used for public conversations and it is probably the best way to see what is happening in India and to give one’s opinions on current happenings. Beginning conversations and dialogue about various topics has the potential of catalysing cultural exchange and in order to get this to life, Twitter has launched Global #Tweetups.

#Tweetups is the company’s way of getting its online service offline. With this, Twitter eyes to break down the barriers between “diverse cultures and ethnicities through the power of conversation.”

The company has partnered with Shared_Studios (@sharedstudios) to create portals where people will be able to connect with each other to “an almost life-like, full-screen experience.” #Tweetups has been activated by Shared_Studios in 40 locations across the globe ranging from New York to Nairobi, Seoul to Sao Paulo and Los Angeles to London.

In India, it has been set up in Delhi at Select Citywalk Mall in Saket. Another pop-up #TweetUp will be activated at Soho House in Mumbai. So, anyone can walk into the portal and talk to another person sitting anywhere in the world about any topic under the sun.

We should mention that #Tweetups will stay live till August 4. While it is live, #Tweetups will be hosting a series of “curated, experiential activities, including group conversations, bursts of music and dance, and topical discussions around women empowerment and other shared interests.”

It is also worth adding that conversations in these #Tweetups will be started and moderated by local curators.

Twitter has also stated some conversations that one should be looking forward to. These include: 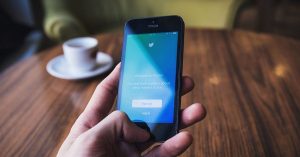 We should mention that this is Twitter’s first on-ground consumer engagement activity at a global level.

What do you think of this activity that Twitter is undertaking? Do you want to be a part of it or would you just rather put forward your opinions on various matter online?