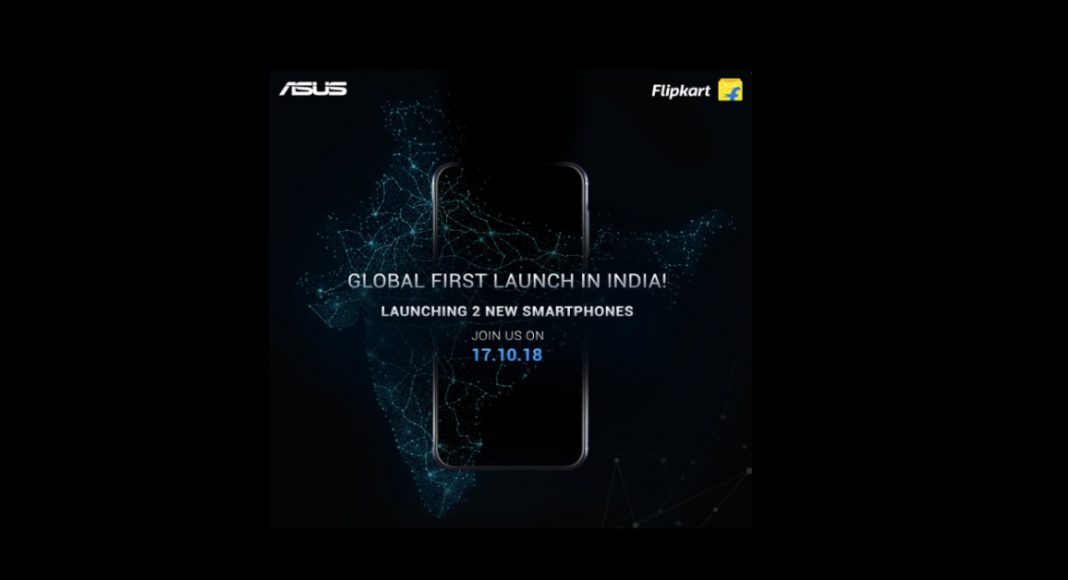 Taiwanese smartphone manufacturer Asus has sent out invites to the media for an event that is scheduled to for October 17 in New Delhi. Although there is no word from the company on what it plans to launch this week, a tweet from the brand’s official Twitter handle that says that two new Asus Zenfone smartphones will get unveiled in India.

It is worth noticing that two devices that will be launched are ‘India First’ smartphones from Asus. This means that Asus is holding the global launch of the two upcoming smartphones in India.

At ASUS, we are constantly looking to innovate and make our products befitting to the Indian Market. Tune in to the live stream on 17th October and witness the launch of our two new smartphones in India! Including a Global First! Watch this space for more. pic.twitter.com/3EONkpkL2i

And although the company has not revealed which smartphones it will be launching in India, the invite does have a Flipkart logo made on it which implies that both the Asus Zenfone phones will be Flipkart exclusive.

If you are wondering what to expect on the Asus’ launch event on October 17, in all probability, we will get to see the successor of Asus Zenfone Max Pro M1 (review) getting showcased. However, we don’t know anything about the specifications of the upcoming budget smartphone from Asus and we will have to wait till the launch till we can tell you.

If the company chooses to go the Realme 2 Pro and Xiaomi Poco F1 way, we may see Asus Zenfone Max Pro M2 come with 8GB RAM. The smartphone may also sport a notch on its display and sport an aspect ratio of more than 18:9. The dual rear camera setup, stock Android operating system and the fingerprint sensor that we saw in Asus Zenfone Max Pro M1 may remain the same in the upcoming device.

Asus Zenfone Max Pro M1 was launched in April this year and is available in three storage variants in the country. While the base model comes with 3GB RAM and 32GB internal storage, the 64GB onboard storage model is clubbed with either 4GB RAM or 6GB RAM. The three variants are priced at Rs 10,999, Rs 12,999 and Rs 14,999 respectively. The smartphone was sold in India exclusively via Flipkart and the company has said that it saw 1 million units of the phone being sold within six months of its launch.

As for the other smartphone that is scheduled to be unveiled, we will have to wait for the launch event on October 17.

Avani Baggahttp://www.gadgetbridge.com
Avani has an immense love for reading, travelling and food, but not necessarily in the same order. Avani almost started pursuing law, but life had other (better) plans for her and she chose to be a writer instead (luckily!) She previously covered technology at Times Internet and wrote about smartphones, mobile apps and tech startups. When she’s not writing, you’ll be able to find her in book stores or catching up on her social life.
Facebook
Twitter
WhatsApp
Linkedin
ReddIt
Email
Previous articleComparison: Nokia 8110 4G vs JioPhone 2
Next articleApple Watch Series 4 goes on pre-orders in India