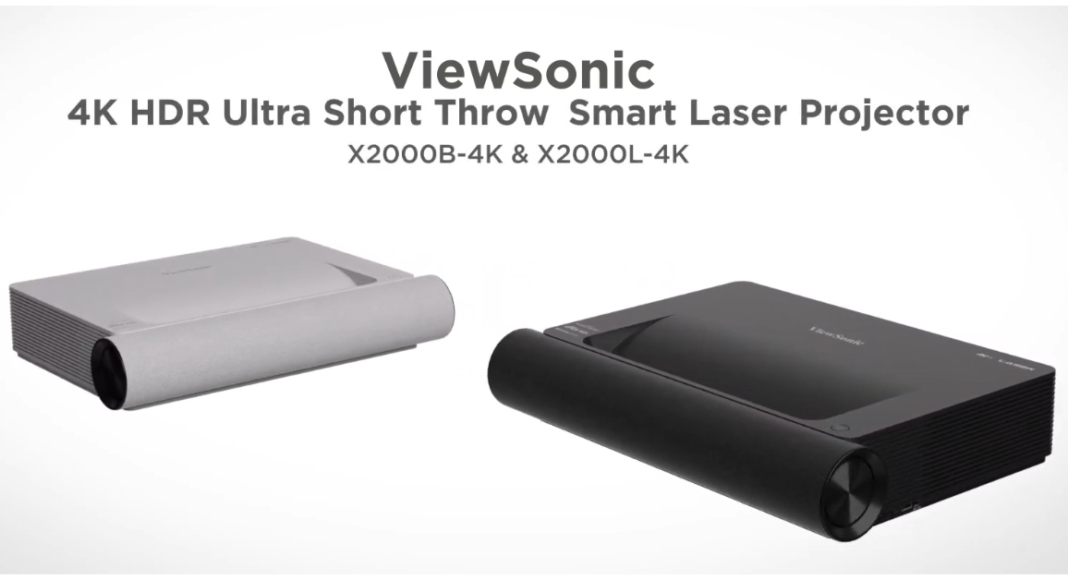 The Viewsonic Ultra Short Throw Smart Laser X2000B-4K and X2000L-4K Projectors are ergonomically designed, blending in seamlessly with the decor and adding to the contemporary home setup.

Black and white versions of the new X2000B-4K and X2000L-4K projectors are available to match the aesthetics of any home interior. It is also the best alternative for saving space because of its 0.22 ultra-short throw ratio, which delivers a 100″ screen only 23 cm from the wall while maintaining the openness of a home.

According to the company, the projectors may be positioned anywhere and can be adjusted to project high-quality images from any angle with ease. The projected image is proportioned correctly even when the surface is curved or spherical thanks to the 60-point adjustment capability. When not in use, the projectors are aesthetically pleasing and unobtrusive, seamlessly, blending subtly and harmoniously into the space.

Similar to a regular TV, the X2000B-4K and X2000L-4K deliver a cinematic experience right out of the box. The projector activates with a single click, achieving full brightness and colour performance.

Screen mirroring, one of its many capabilities that makes it simple to transmit material directly from mobile phones to a large screen, is just one example. Additionally, customers are able to wirelessly stream information sharing from portable devices, such as phones or tablets, to a large screen thanks to the projector’s convenient connectivity choices, including Wi-Fi, Bluetooth, and USB-C connectors.

The projectors can also be connected to a gaming console, offering a variety of entertainment options. For instance, it can be utilised as a Bluetooth soundbar to enjoy the enjoyment of the big-screen without bothering others. As an alternative, the user’s Bluetooth headset can receive the audio.

Komila Singhhttp://www.gadgetbridge.com
Komila is one of the most spirited tech writers at Gadget Bridge. Always up for a new challenge, she is an expert at dissecting technology and getting to its core. She loves to tinker with new mobile phones, tablets and headphones.
Facebook
Twitter
WhatsApp
Linkedin
ReddIt
Email
Previous article
7 Best Apps for every YouTube Creator in 2023
Next article
Google is expanding end-to-end encryption beta testing for a few users