Vivo NEX 2 to launch on Dec 11, will come with two displays 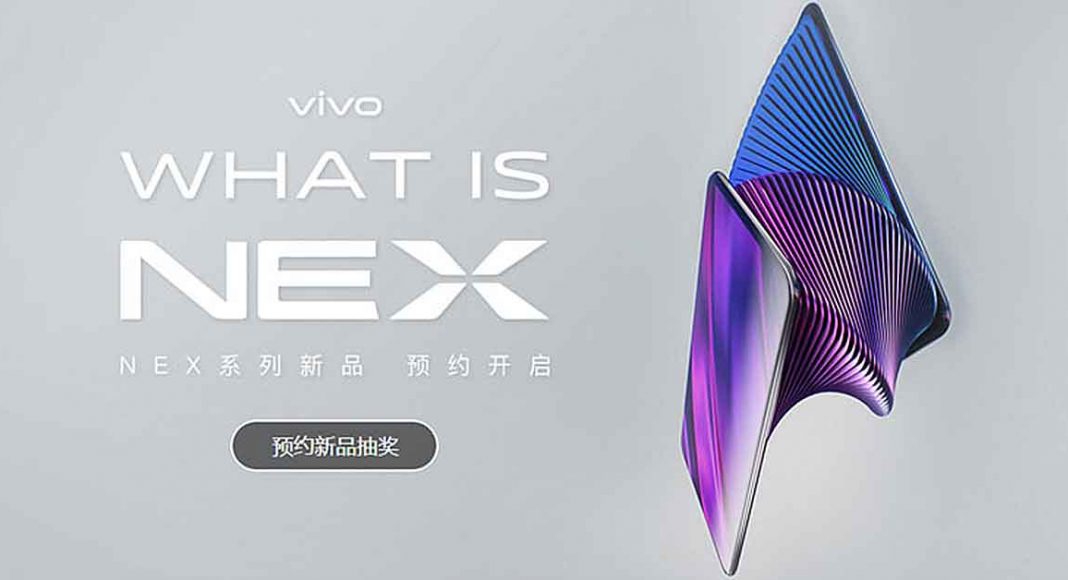 When it came to smartphone innovation the Chinese have somewhat led the way during 2018. Seems like the year is still not over for them. Teasers and leaks indicate that Vivo NEX 2 will launch on December 11 in China. The smartphone is touted to have two display panels on it. How has the company managed to do that is still unclear. Also, what size will the second display be of is also under wraps.

The Vivo Chinese website has started taking pre-orders of the NEX 2 and seems like the stage is set for its launch. Reports and leaks also mention that the rear panel will have 3 cameras. Over that, the smartphone will come with the best in class RAM of 10GB. This will be the first phone by the company to sport that much RAM. There might be an 8GB version also available in some countries, too.

Weibo has also leaked a screenshot of the Vivo Website showing that the NEX 2 will indeed sport dual displays. The leak also puts light on the storage variant, which is kept at 128GB. Other specifications like the chipset have not come to light, but if we go by the past and the trajectory, it is safe to say that the Vivo NEX 2 mobile will also come with Qualcomm Snapdragon 845 chipset. Whether it is the overclocked version like one gets in the Asus ROG phone or the normal version will come to light in a few days’ time.

The Vivo NEX 2 will be the company’s new flagship model and suddenly all eyes have come on it. Before this Xiaomi’s Note 6 was capturing all the headlines (which did not fare well with consumers), but after todays leak Vivo NEX 2 has taken center stage. Some other features of the smartphone will include Bluetooth V5, GPS/A-GPS and Android 9 Pie edition preinstalled on this smartphone (with of course Vivo’s own skin on top of it). This has become a truly exciting launch to look forward to.