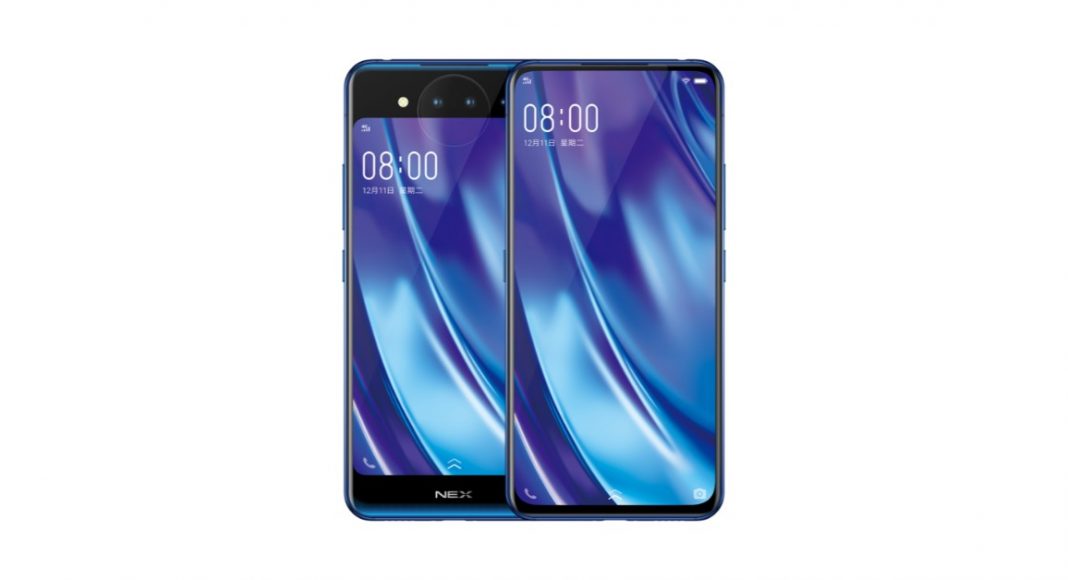 This year saw the launch of the futuristic-looking Vivo NEX (review) and Oppo Find X smartphones. Both the smartphones were widely appreciated for their design and were among the first to provide a nearly full-screen experience to customers. Without wasting much time, Chinese smartphone brand Vivo has launched the successor of its NEX smartphone that we saw this year. Called Vivo NEX 2, the smartphone has been launched at an event in Shanghai today and it comes with two displays and a triple rear camera setup. Here are all the key details about the newly launched Vivo NEX 2:

Vivo NEX 2 comes with a massive 10GB RAM and has 128GB internal storage. In China, the smartphone is priced at 4,998 Yuan (approximately Rs 52,096) and it will go on sale in its home-country starting December 29. As of now, there is no word on its availability in India.

Coming to the specification of the smartphone, Vivo NEX 2 comes with a bezel-less main display that measures 6.39 inches and a secondary one that is 5.49-inches in size.  The secondary display has a Lunar Ring which lights up to alert users about notifications. Both the screens of the smartphone use Super AMOLED technology and come with in-display fingerprint scanners.

Vivo NEX 2 comes with three primary cameras including a 12MP primary Sony IMX363-based sensor, a 2MP secondary sensor and a TOF (time of flight) 3D sensor with an f/1.3 aperture. According to the company, the TOF 3D camera adds point-to-point distance measuring and it also secures the facial recognition that used in unlocking the device. The camera also adds personalized beautification to Vivo NEX 3, which also has support for Portrait mode and AR experiences.  Having three rear cameras at the back and a secondary display means that one can click selfies from the primary cameras itself.

Vivo NEX 2 mobile is powered by Qualcomm Snapdragon 845 processor clubbed with 10GB of RAM and 128GB of internal storage. These internals make it one among the most powerful Android smartphones that can be bought currently. The smartphone houses a 3,500mAh battery – which is lesser than its predecessor’s 4,000mAh battery – and runs Android 9.0 Pie skinned with Vivo’s FunTouch OS out-of-the-box.

Avani Baggahttp://www.gadgetbridge.com
Avani has an immense love for reading, travelling and food, but not necessarily in the same order. Avani almost started pursuing law, but life had other (better) plans for her and she chose to be a writer instead (luckily!) She previously covered technology at Times Internet and wrote about smartphones, mobile apps and tech startups. When she’s not writing, you’ll be able to find her in book stores or catching up on her social life.
Facebook
Twitter
WhatsApp
Linkedin
ReddIt
Email
Previous article
The Huawei Enjoy 9 has a Snapdragon CPU over Kirin and lacks a fingerprint sensor
Next article
Instagram has brought the new voice messaging feature in its DMs