The device is rumoured to differ from the Chinese variants. 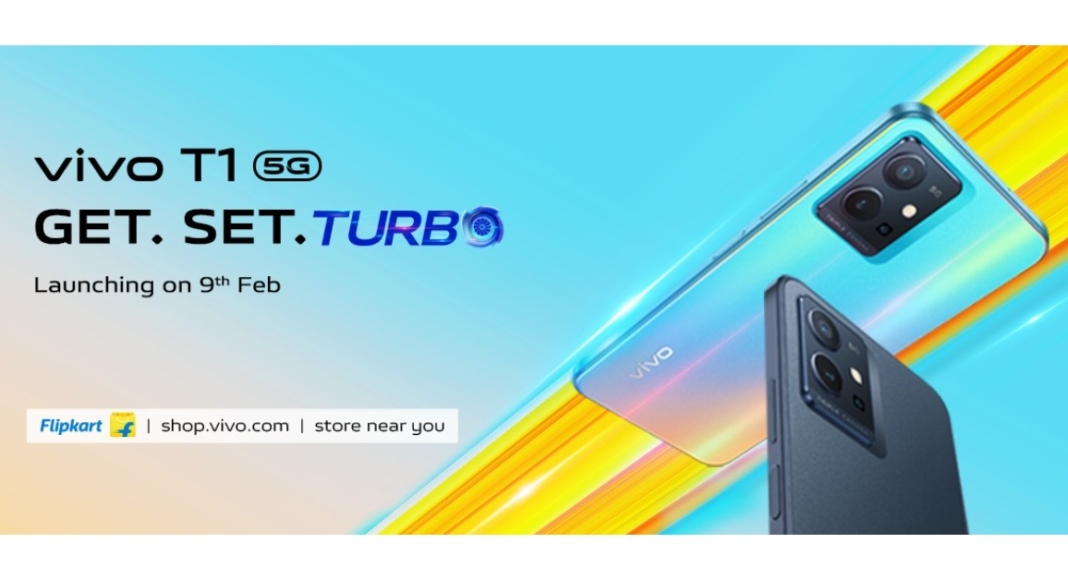 Vivo newest Series T is arriving in India soon. The new smartphone series will make its debut on February 9 with the introduction of the Vivo T1 5G. Flipkart and other key distribution outlets will sell the series online. To recall, the smartphone was already available in its home market of China in October of last year. However, the business has yet to divulge anything about its future phone in India.

The Vivo T1 5G pricing and specifications in India have been leaked ahead of the phone’s debut in the nation.

The Indian edition might be an entirely different device than the one released in China. According to the rumours, the smartphone would be powered by a Qualcomm Snapdragon 695 SoC and will have a triple back camera configuration. This is distinct from what the Chinese version provides.

The Vivo T1 5G Indian edition is said to have a 6.58-inch full-HD+ LCD display with a refresh rate of 120Hz. The smartphone is claimed to equip a Snapdragon 695 SoC and up to 8GB of LPDDR4X RAM. It is also rumoured to include 4GB and 6GB RAM choices, as well as 128GB of UFS 2.2 storage.

The Vivo T1 5G is said to have a 50-megapixel primary sensor as well as two 2-megapixel sensors for photography. The phone is likely to include a 16-megapixel front-facing camera for selfies. The Indian model of the Vivo T1 5G is expected to include a 5,000mAh battery with 18W charging capabilities. There is rumoured to be a fingerprint sensor on the side as well as a 3.5mm headphone jack.

Komila Singhhttp://www.gadgetbridge.com
Komila is one of the most spirited tech writers at Gadget Bridge. Always up for a new challenge, she is an expert at dissecting technology and getting to its core. She loves to tinker with new mobile phones, tablets and headphones.
Facebook
Twitter
WhatsApp
Linkedin
ReddIt
Email
Previous article
Moto G Stylus 2022 smartphone with 90Hz display launched
Next article
6 February 2022 Amazon Quiz today answers: Answer to win Rs 40,000 Amazon Pay Balance