HomeMobilesVivo V15 Pro set to launch in India today: How to watch...

Vivo V15 Pro set to launch in India today: How to watch the live stream 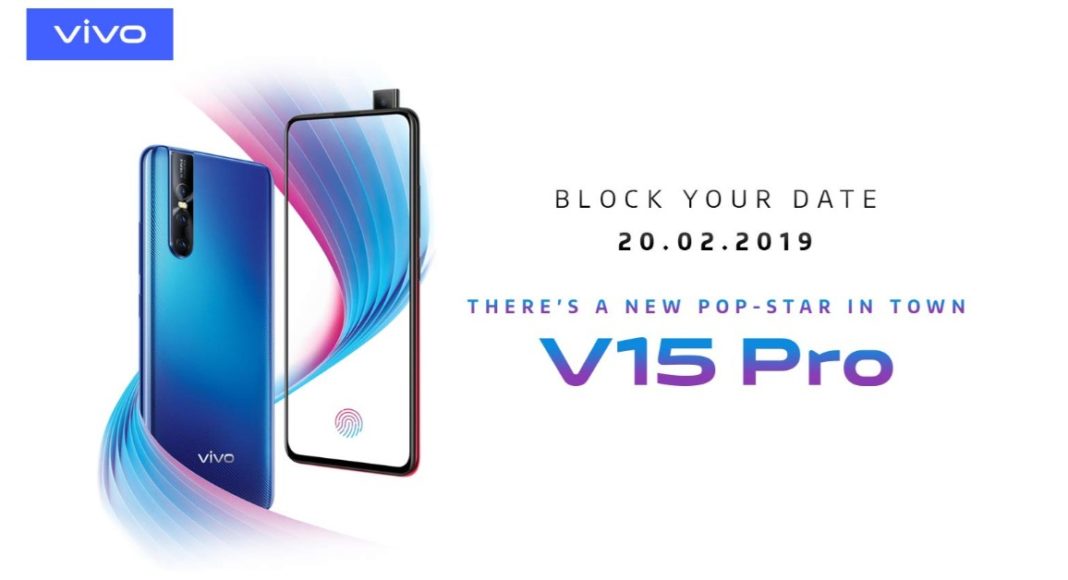 Chinese smartphone brand Vivo is all set to launch its V15 Pro smartphone in India today. Since the company sent out an invite for its Vivo V15 Pro smartphone, several reports about the device have surfaced online, and Vivo itself has also confirmed a few features and specifications of the handset.

Vivo V15 Pro, that is set to be unveiled at an event in New Delhi today, will come with a pop-up selfie camera like the one we saw on the company’s NEX smartphone. Other key highlights of the Vivo V15 Pro smartphone include an in-display fingerprint scanner, a Qualcomm Snapdragon 675 processor and 6GB RAM. Here are all the details about the smartphone’s launch that you should know:

Vivo V15 Pro: How to watch the livestream?

Vivo V15 Pro’s launch event will begin at 12 pm IST today and the company is also live-streaming it on YouTube so that fans who cannot come to the event can watch the device getting launched no matter where they are.

Vivo V15 Pro is expected to be launched in India in only one variant that comes with 6GB of RAM and 128Gb of internal storage. The device is expected to be priced at Rs 33,000. However, the official price may actually be lesser than this.

According to reports, Vivo V15 Pro will feature a 6.39-inch full-HD+ Super AMOLED Ultra FullView Display and will be powered by Qualcomm’s Snapdragon 675 processor clubbed with 6GB of RAM and 128GB of internal storage. The smartphone is likely to house a 3,700mAh battery that will come with a ‘Dual Engine’ fast charging technology.

The device is said to come with Android 9.0 Pie skinned with Vivo’s FunTouch OS out-of-the-box.