It will be a mid-range smartphone without the in-display camera sensor. 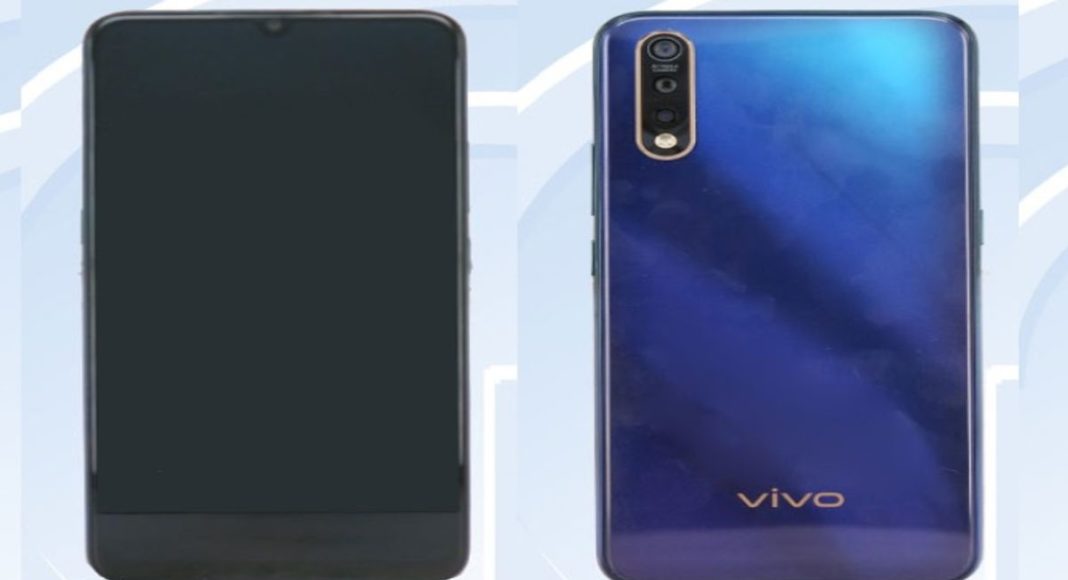 Chinese smartphone maker Vivo is currently in line to launch its youth-centric Z1 Pro smartphone in India. Before the official launch of the device, the company has already started teasing various features of the upcoming device and it has also revealed that the Vivo Z1 Pro will be sold exclusively visa Flipkart. But now, according to a new report, Vivo is also working on a smartphone other than the Z1 Pro. The details of the new Vivo smartphone were spotted on the TENAA listing prior to its announcement. The TENAA listing reveals that the upcoming Vivo smartphone carries a model number V1913A/T and it will be a mid-range smartphone. Other than the model number, the listing has also revealed some of the key specifications of the unannounced Vivo smartphone.

According to the TENAA listing, the Vivo V1913A/T reportedly sports a 6.38-inch Full-HD+AMOLED display that has a waterdrop-shaped notch on top. It will reportedly be powered by an octa-core CPU clocked at 2.0GHz paired with either 4GB or 6GB of RAM. The upcoming Vivo smartphone will come with 128GB of internal storage and will also support a microSD card. There is a possibility of an in-display fingerprint scanner in the Vivo V1913A/T as there are no physical fingerprint scanner present on the body of the smartphone. The listing was spotted by TechAndroids. According to the TENAA listing, the Vivo V1913A/T will reportedly come with a large 4,390mAh battery.

Similar to other Vivo smartphones, the Vivo V1913A/T will also come with Android 9 Pie skinned with FunTouch UI. There might also be a dedicated AI assistant button present on the Vivo V1913A/T, much like Samsung’s Bixby button. However, Vivo could have its own Jovi assistant connected via the button.

On the imaging front, the Vivo V1913A/T will reportedly come with a triple-rear camera setup with a 16MP sensor, an 8MP secondary sensor and a 2MP depth sensor. The details about the front camera of the smartphone are currently not known. But then, instead of being placed in an in-display camera placement like the Z1 Pro, the Vivo V1913A/T sports a waterdrop notch.

Aman Singhhttps://www.gadgetbridge.com/
Aman Kumar Singh has a Masters in Journalism and Mass Communication. He is a journalist, a photographer, a writer, a gamer, a movie addict and has a love for reading (everything). It’s his love of reading that has brought him knowledge in various fields including technology and gadgets. Talking about which, he loves to tweak and play with gadgets, new and old. And when he finds time, if he finds time, he can be seen playing video games or taking a new gadget for a test run.
Facebook
Twitter
WhatsApp
Linkedin
ReddIt
Email
Previous articleXiaomi devices to get app drawer and shortcuts: Report
Next articleHonor 9X Pro specifications leaked, will be powered by Kirin 980 SoC